In Our Own BodiesUrban Bush Women and Salomé Egas ’14

This event is free and open to the public

Join us on Saturday, April 6 at 6pm for the final performances of In Our Own Bodies, a multi-day festival celebrating activism in performance art. Organized by Cinthia Duran Larrea ’19, the festival concludes with performances by Urban Bush Women and Salomé Egas ’14. A reception will follow.

Urban Bush Women (UBW) burst onto the dance scene in 1984, with bold, innovative, demanding and exciting works that brought under-told stories to life through the art and vision of its award-winning founder Jawole Willa Jo Zollar. The company weaves contemporary dance, music, and text with the history, culture, and spiritual traditions of the African Diaspora.

Under Zollar’s artistic direction, Urban Bush Women performs regularly in New York City and tours nationally and internationally. The Company has been commissioned by presenters nationwide, and includes among its honors a New York Dance and Performance Award (“Bessie”); the Capezio Award for Outstanding Achievement in Dance; a Black Theater Alliance Award; and two Doris Duke Awards for New Work from the American Dance Festival. In recent years, Zollar has been awarded the 2014 Southern Methodist University Meadows Prize, the 2015 Dance Magazine Award and the 2016 Dance/USA Honors Award. In 2017, Zollar received a Bessie Award for Lifetime Achievement in Dance.

Off the concert stage, Urban Bush Women has developed an extensive community engagement program called BOLD (Builders, Organizers, & Leaders through Dance). UBW’s largest community engagement project is its Summer Leadership Institute (SLI), established in 1997. This 10-day intensive training program serves as the foundation for all of the company’s community engagement activities. Ultimately the SLI program connects dance professionals and community-based artists/activists in a learning experience to leverage the arts as a vehicle for civic engagement.

UBW launched the Urban Bush Women Choreographic Center Initiative (CCI) in January 2016. The CCI supports the development of women choreographers of color and other underheard voices.

About In Our Own Bodies

How do identity and ancestry inform our creative work? How can performance art be used as a medium for cultural revitalization, community empowerment and social justice advocacy? What are the untapped resources we hold within ourselves? Using the lens of dance, these are some of the questions this festival will invite us to explore.

In Our Own Bodies will include workshops and performances by Dancing Earth, Urban Bush Women and Skidmore Alumna Salomé Egas ’14. These guest artists will share their impactful performance work with the Skidmore Community, and will facilitate conversations and movement-based activities designed to bring forth the memory, knowledge and creative potential that is already present in our own bodies.

This is an Intergroup Relations (IGR) Independent study led by Cinthia Duran Larrea ’19 in collaboration with Julia Gillis ’19, Stuti Bagri ’21, Sarah Maacha ’19 and Dejon Bunn ’19, with support from the Tang Teaching Museum and The Office of Student Diversity Programs (OSDP).

In Our Own Bodies Events 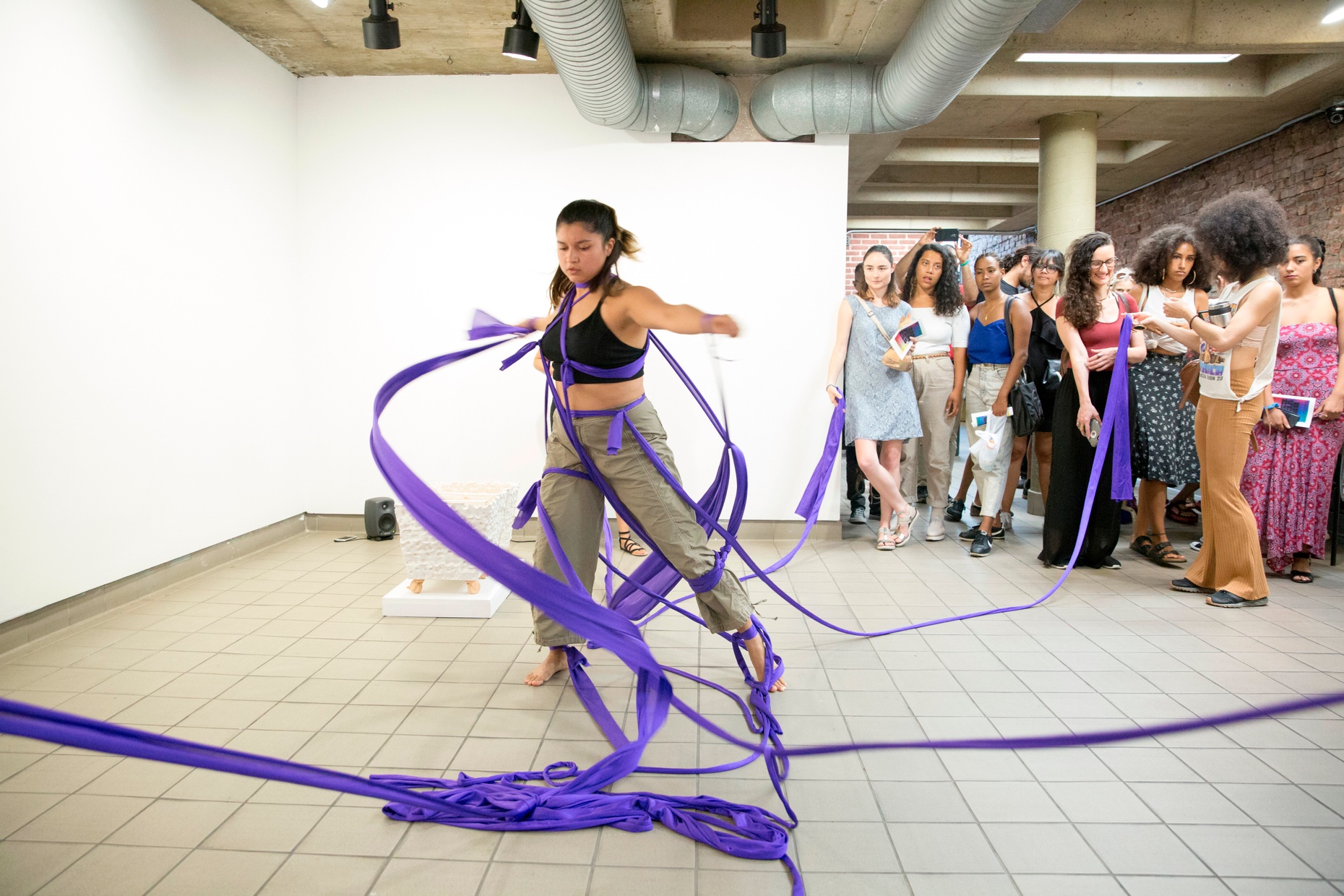