Frances Day: A Community Celebration at the Tang

The Frances Young Tang Teaching Museum and Art Gallery at Skidmore College invites the public to its annual Frances Day, a community open house from noon to 5 p.m. Saturday, July 11, full of art, art-making, food, music, and fun in honor of the museum’s namesake.

Frances Young Tang was a wife, mother, and 1961 Skidmore College graduate who died far too young in 1992. In her memory, the Tang family made a substantial donation that led to the Tang Teaching Museum becoming a reality. The museum opened in 2000. Frances Day honors Frances Young Tang’s legacy of creativity and philanthropy with a day of free activities for art-lovers of all ages.

“On Frances Day we open our doors to the Capital Region and beyond in a spirit of generosity inspired by Frances Young Tang,” said Ian Berry, Dayton Director of the Tang Teaching Museum. “We invite visitors to see our exhibitions, to explore their creativity through hands-on art activities, and to learn about the work that goes on behind the scenes in the museum.”

Listen to the WAMC (90.3) FM interview with Ian Berry, and Museum Educators Ginger Ertz (K-12 and Community Programs) and Megan Hyde (College and Public Programs) all about Frances Day 2015. 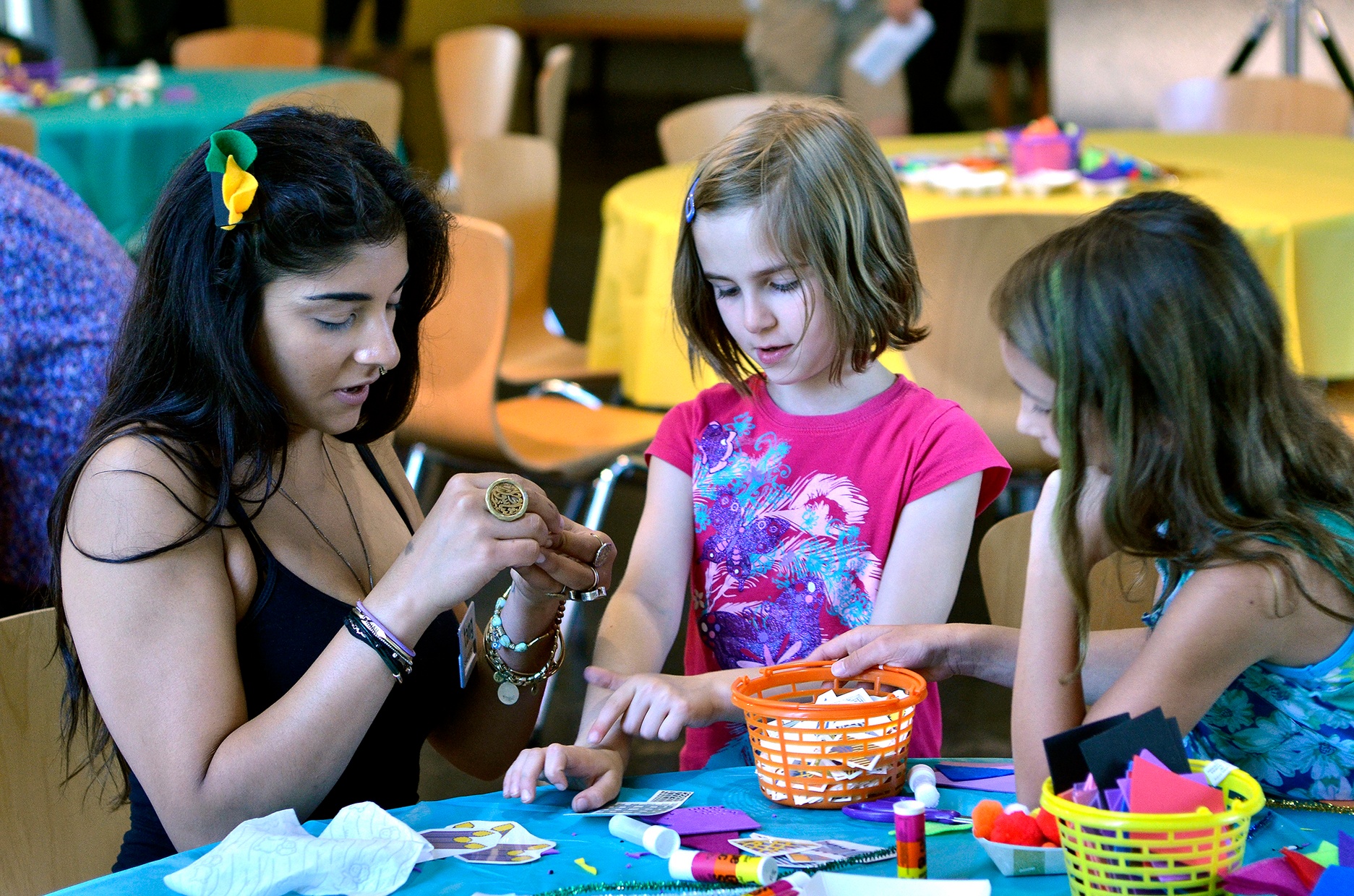 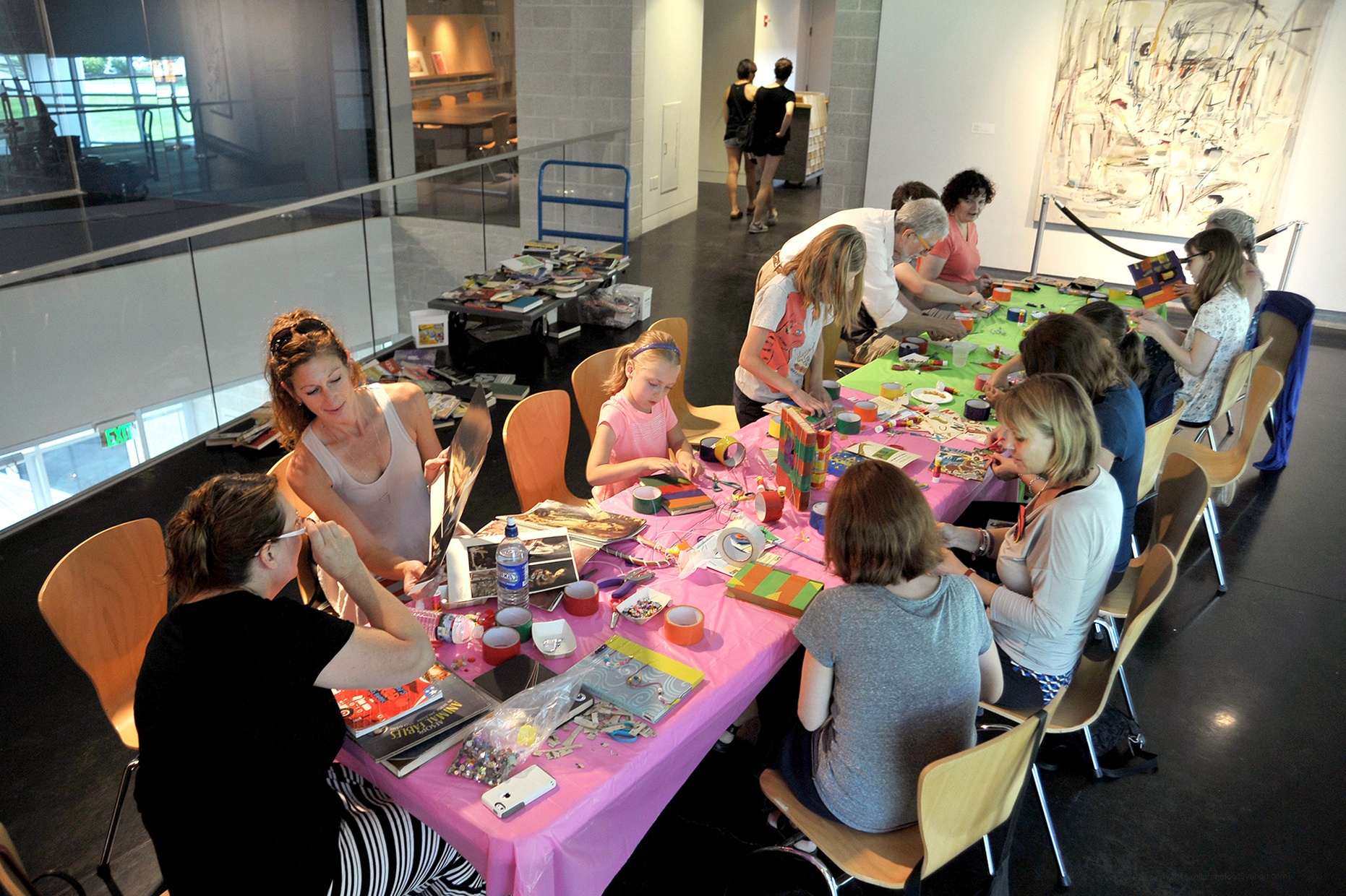 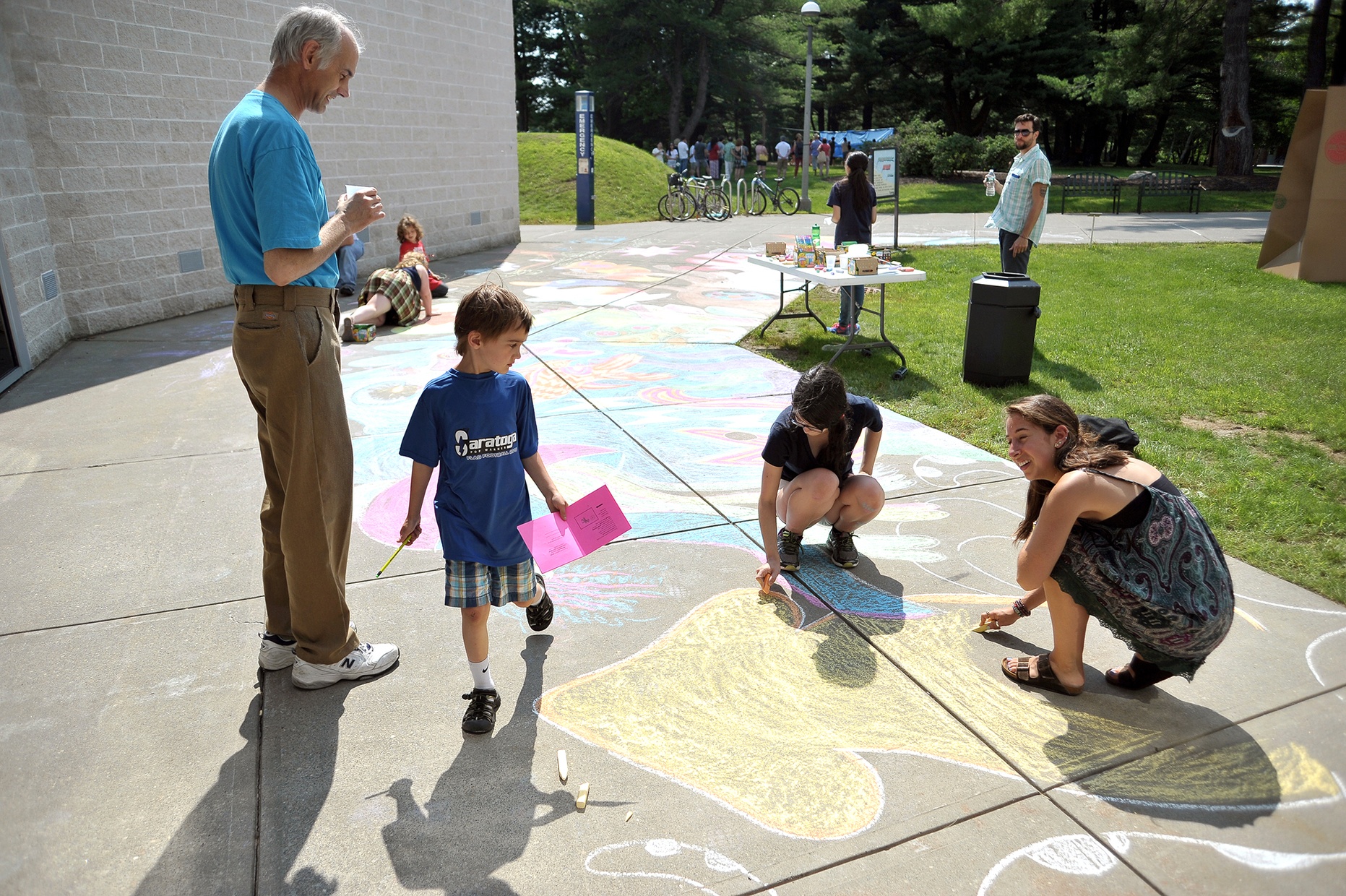 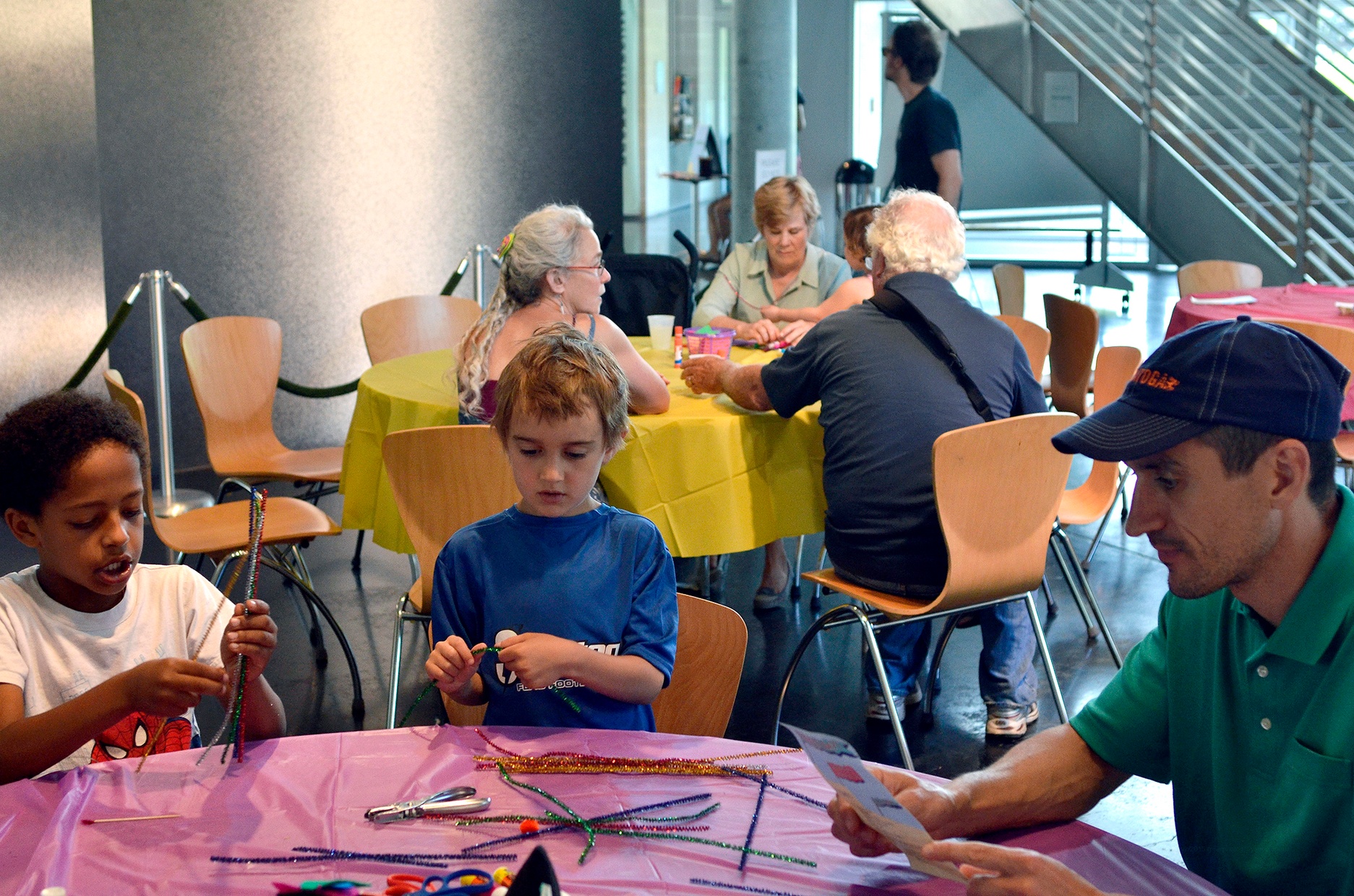 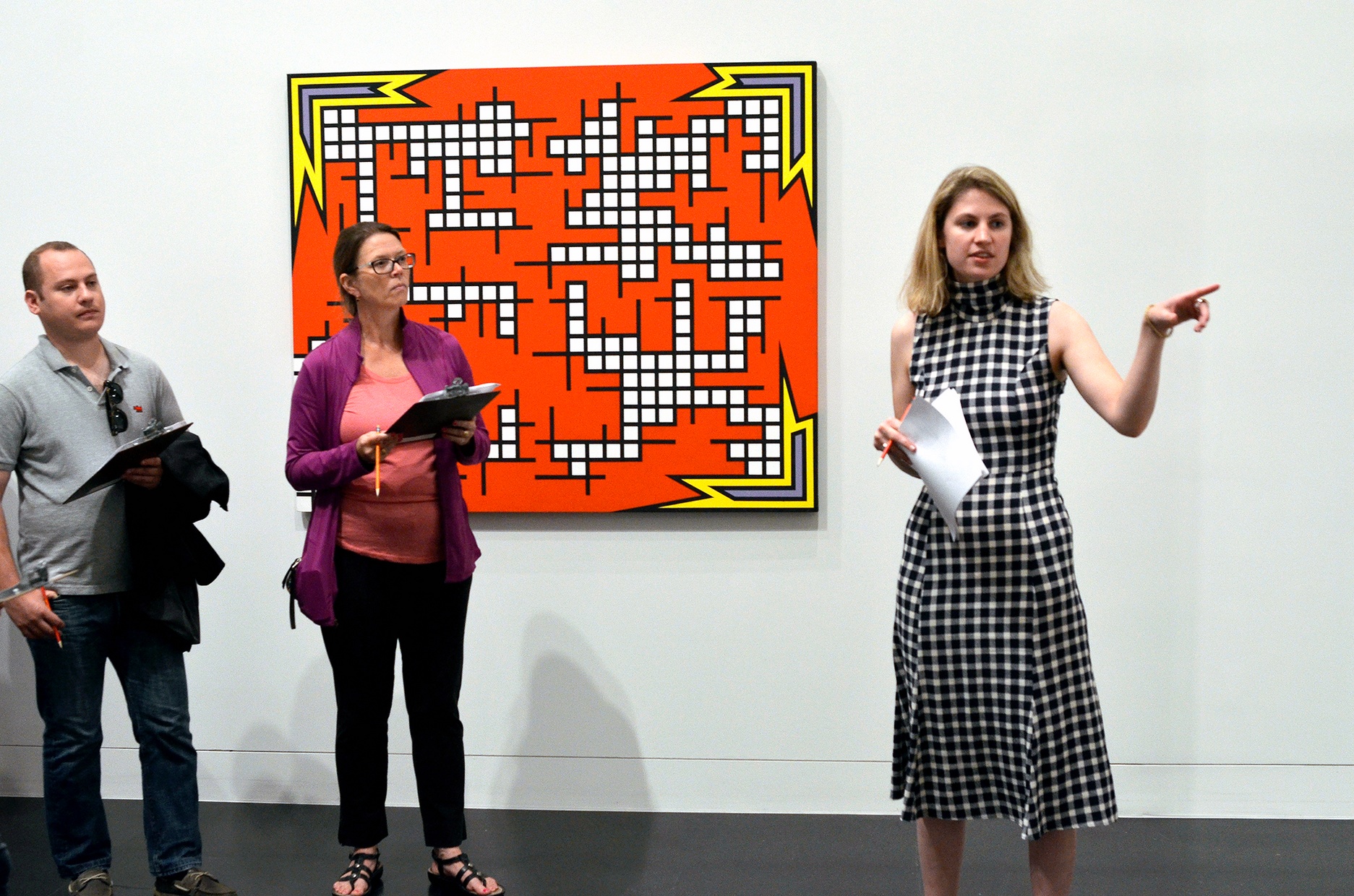 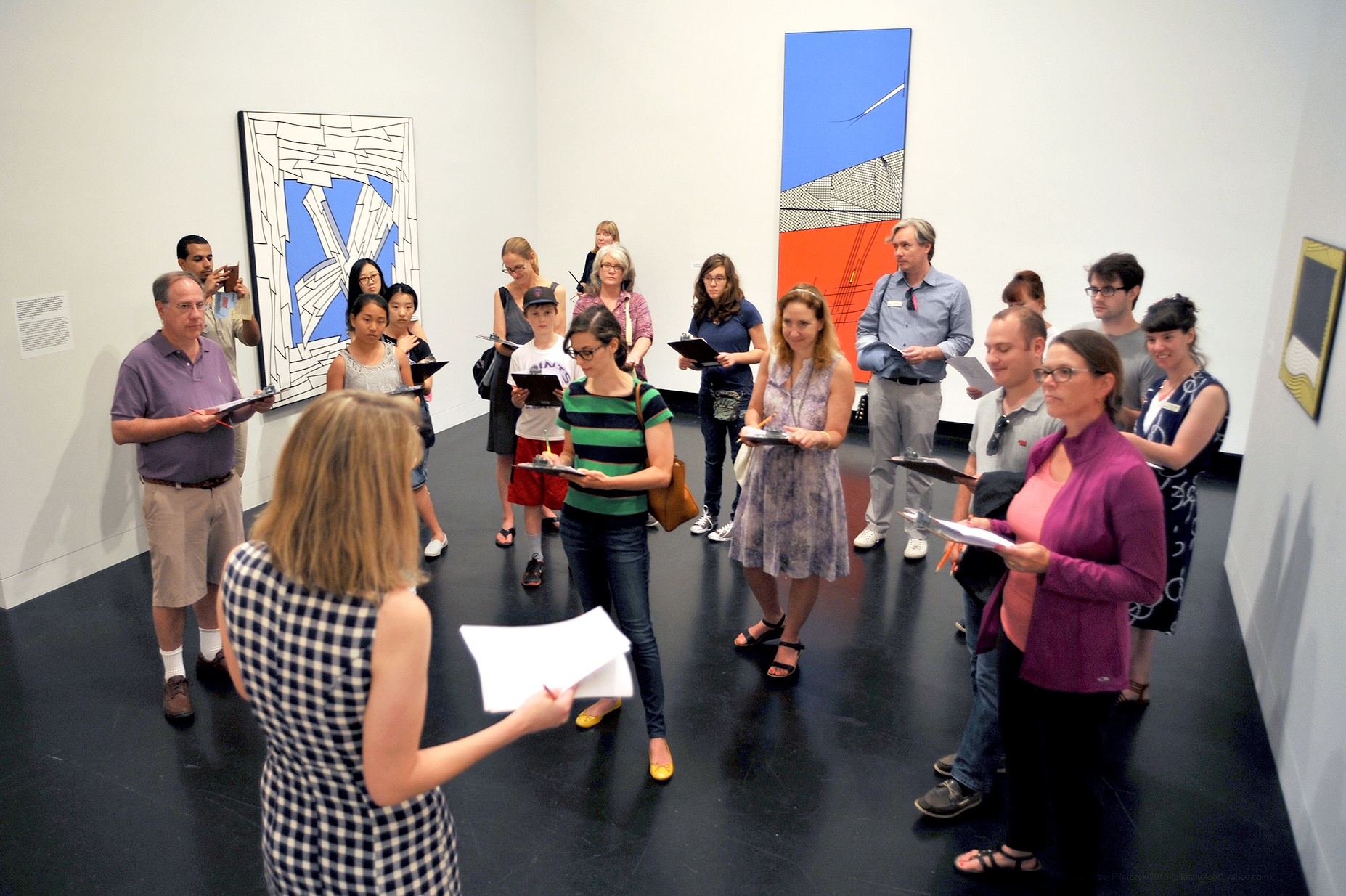 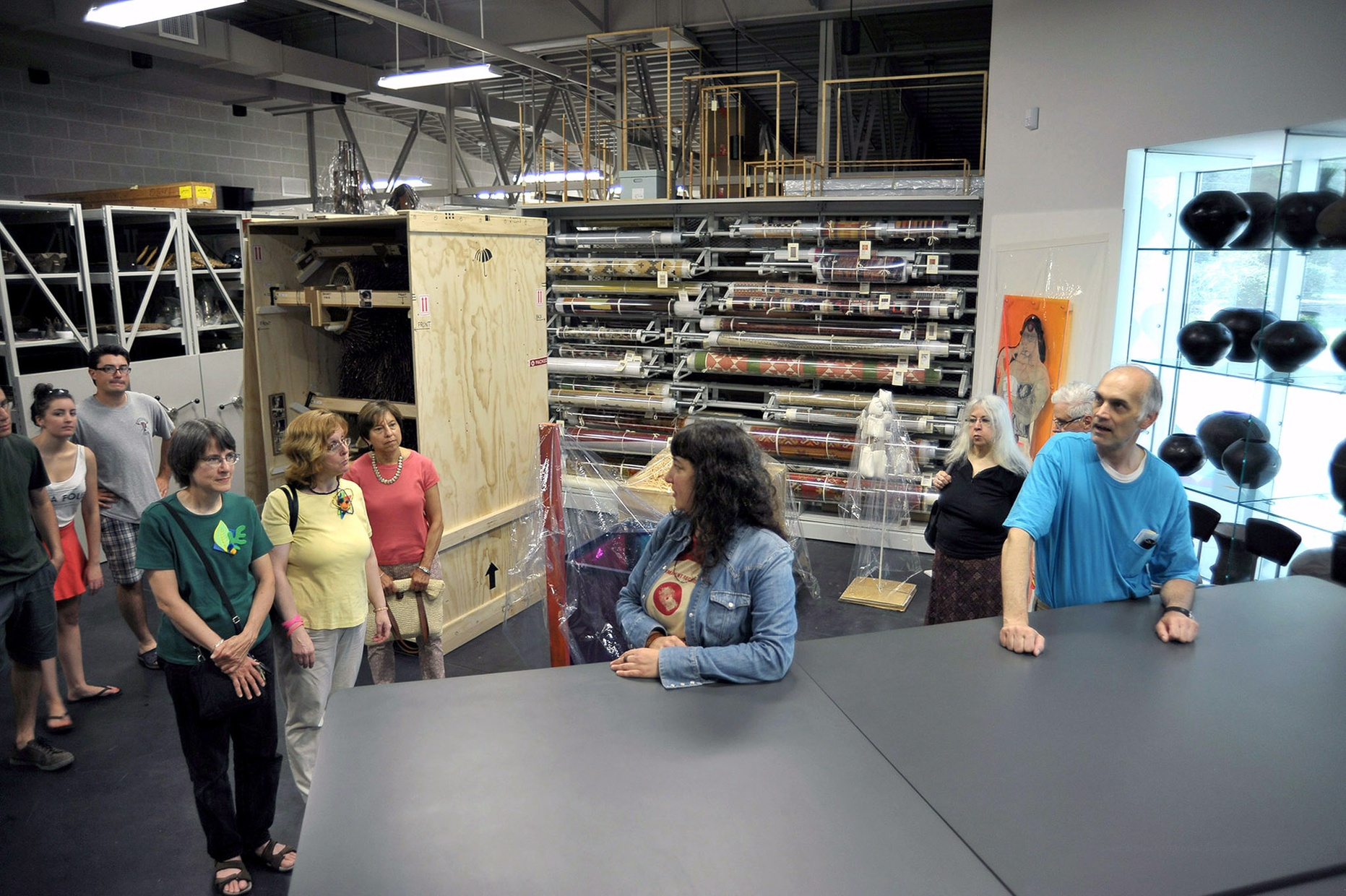 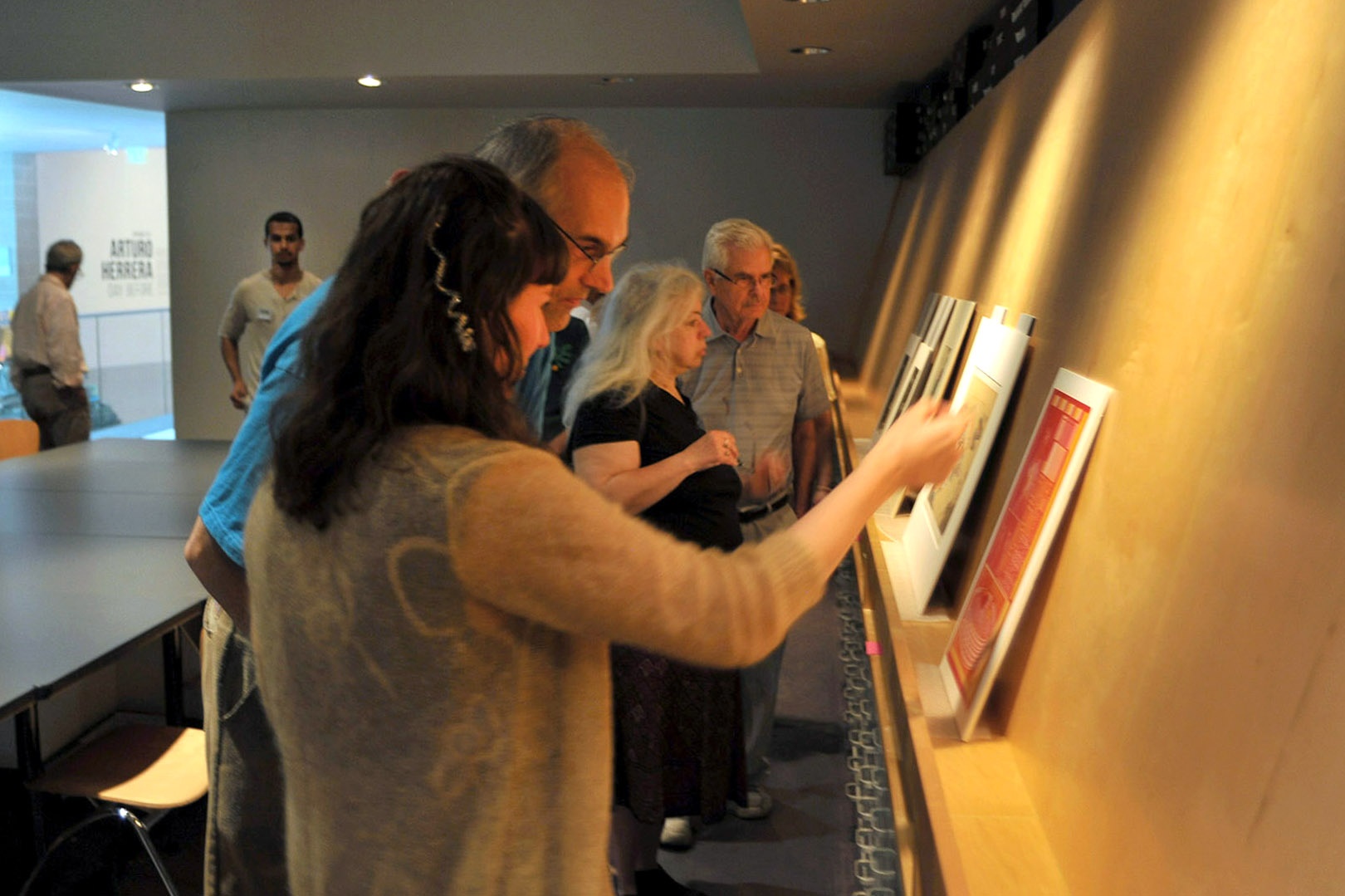 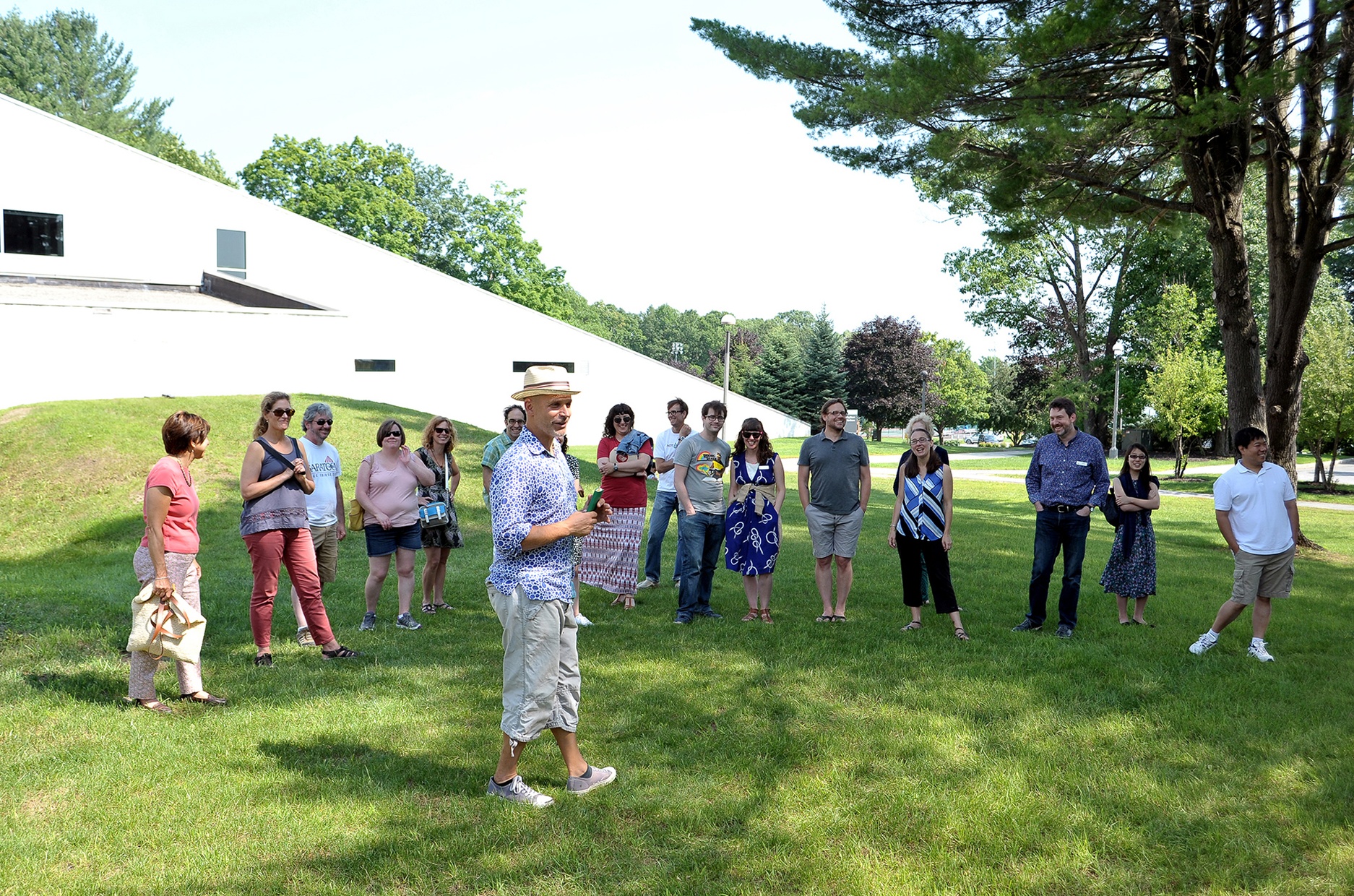 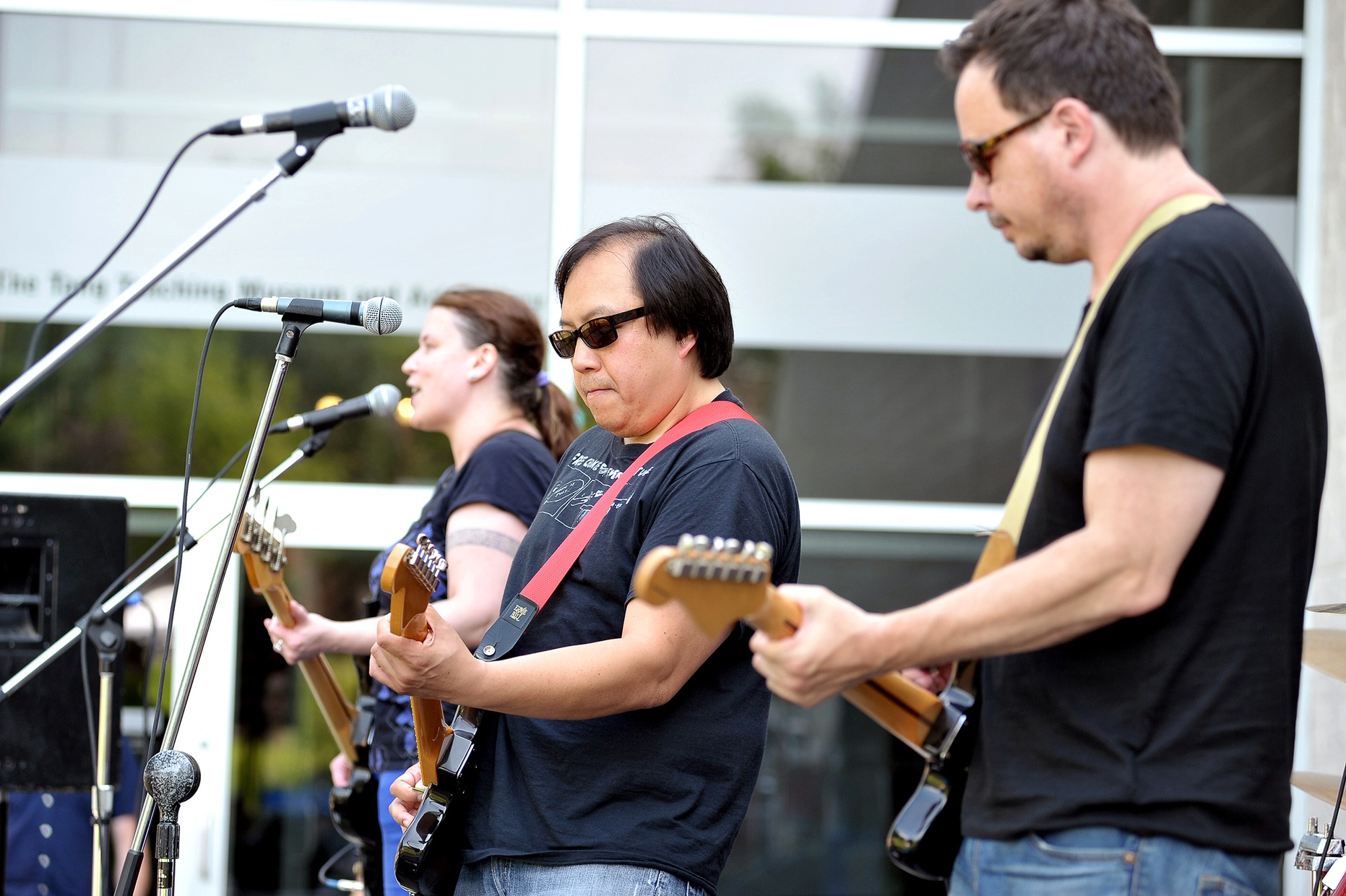 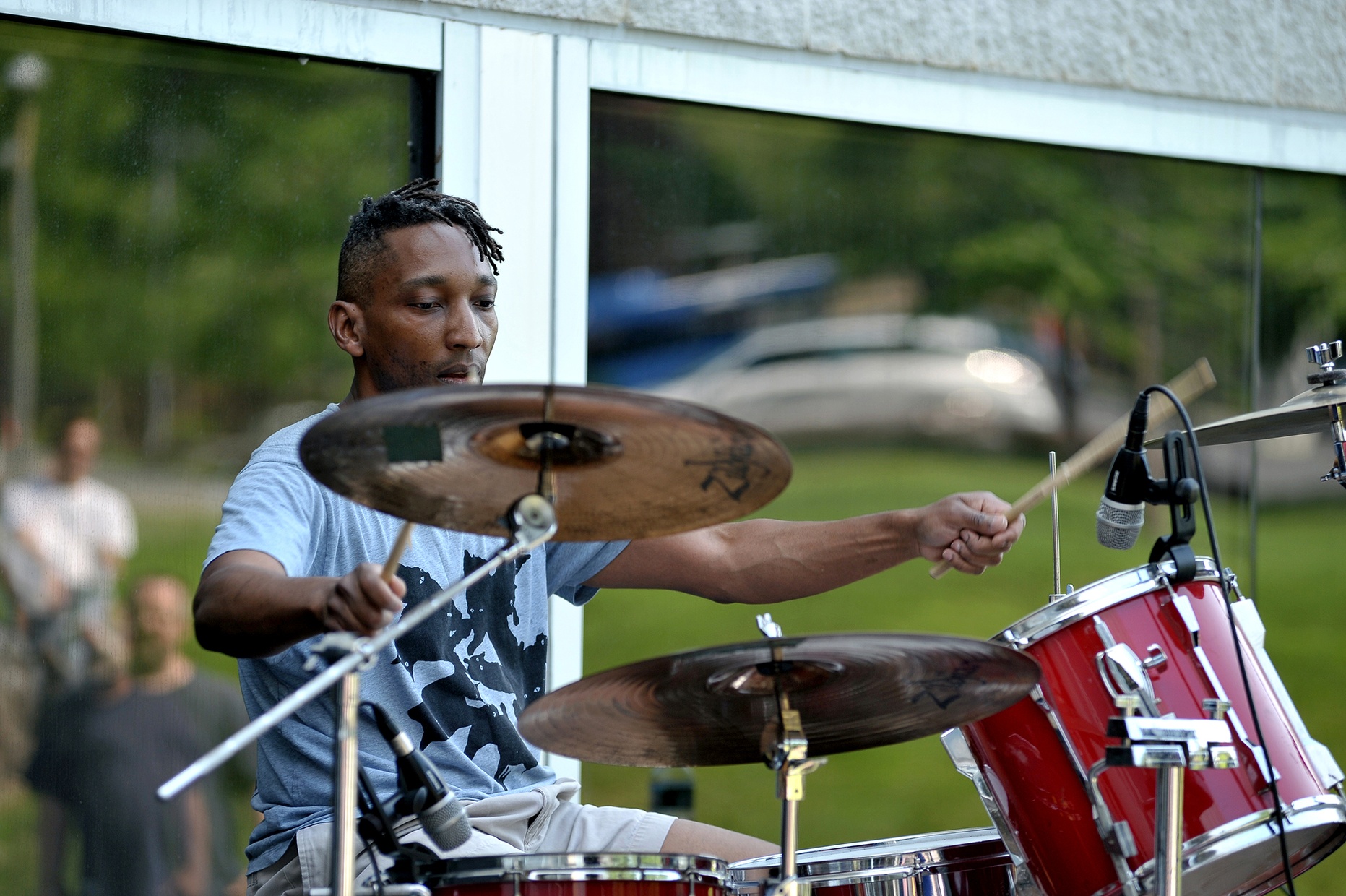 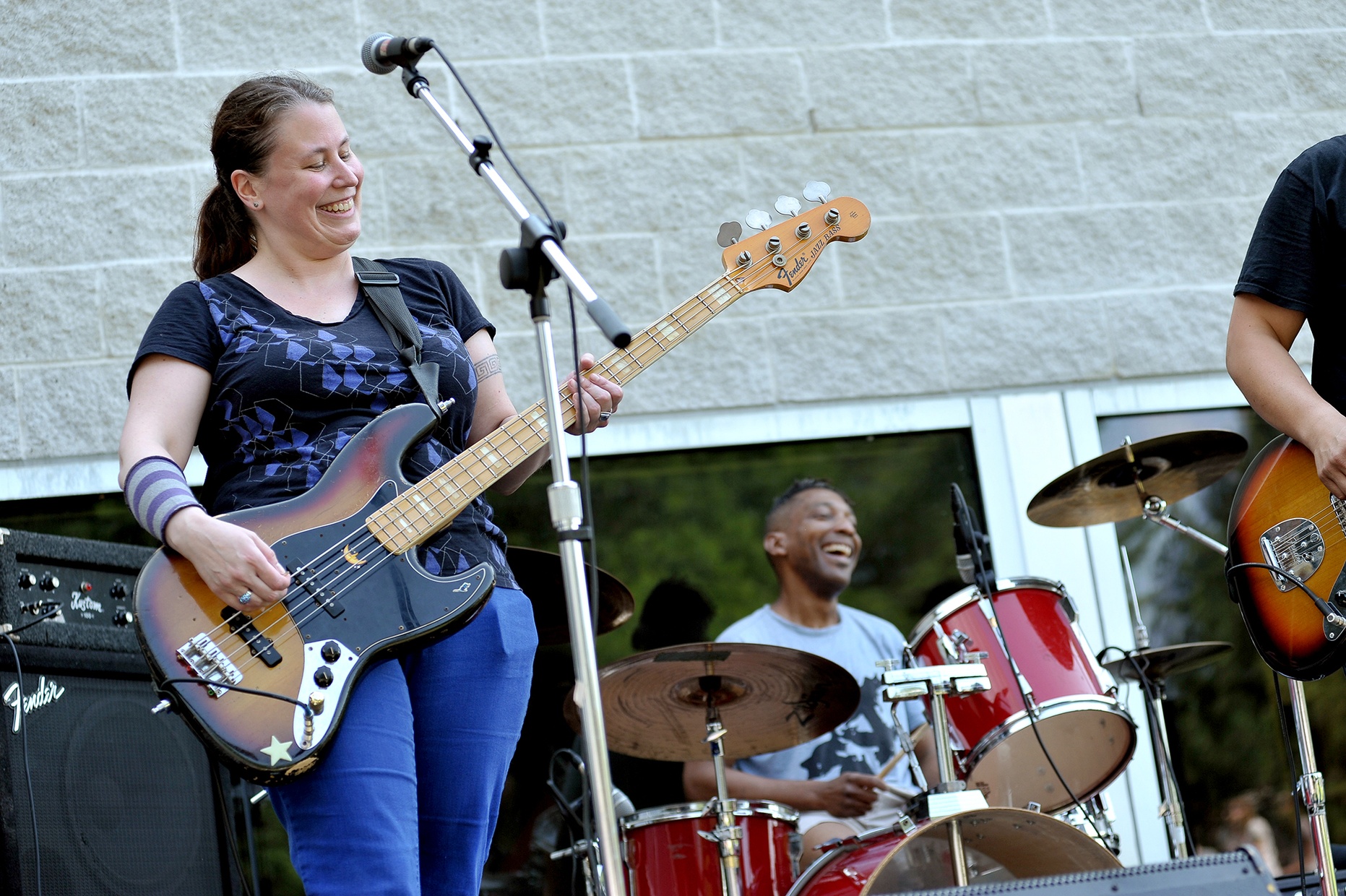 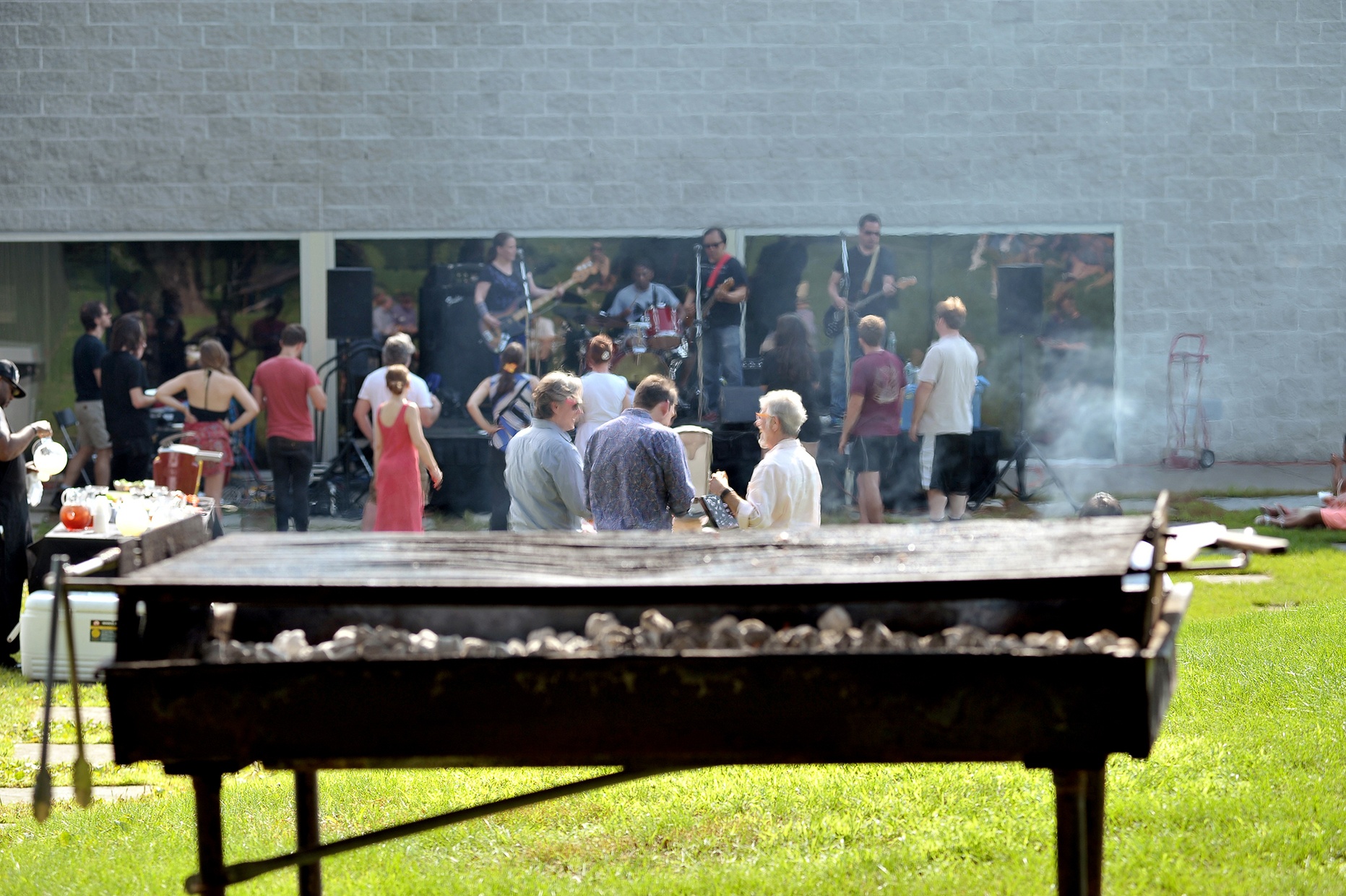 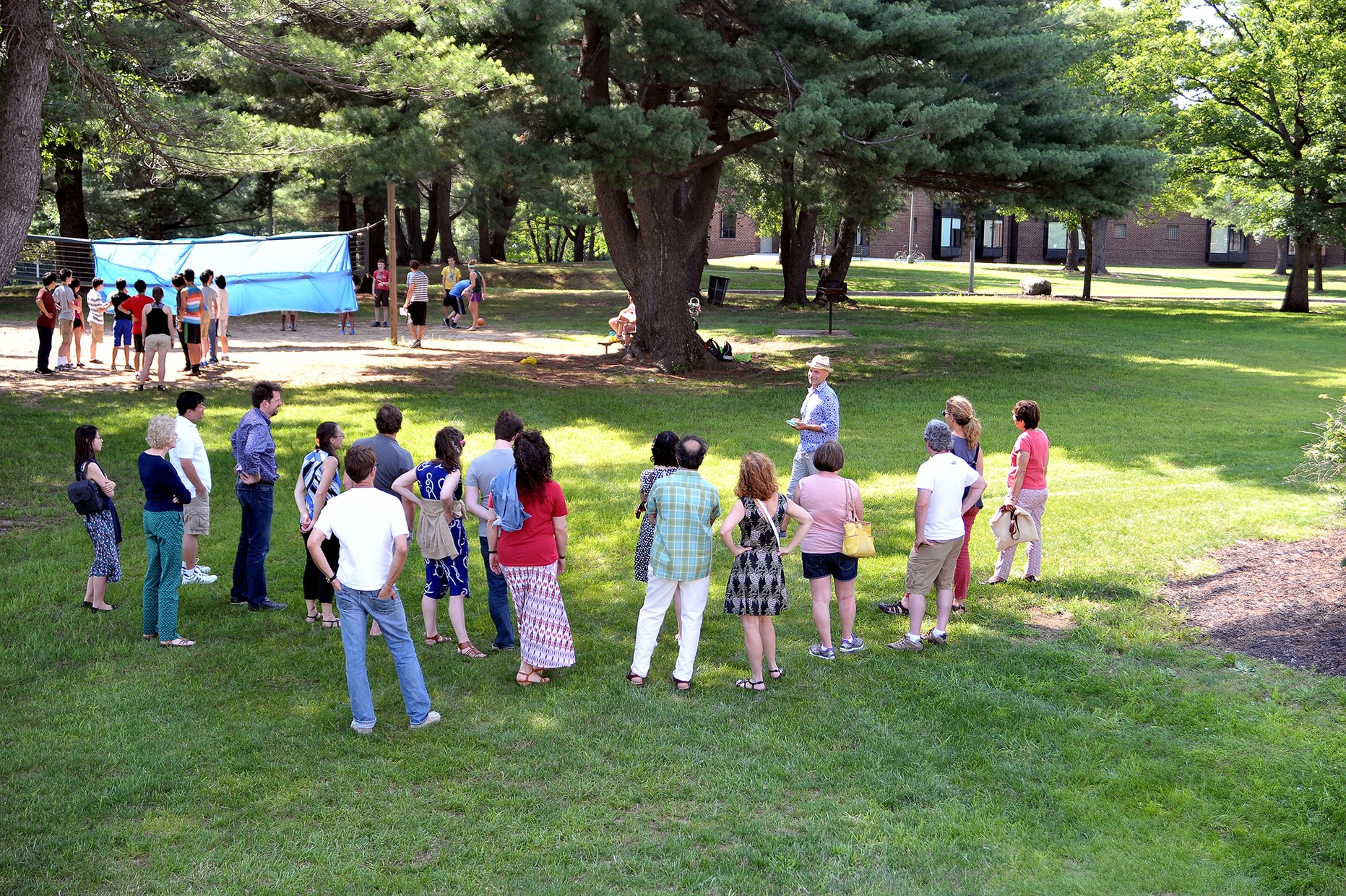 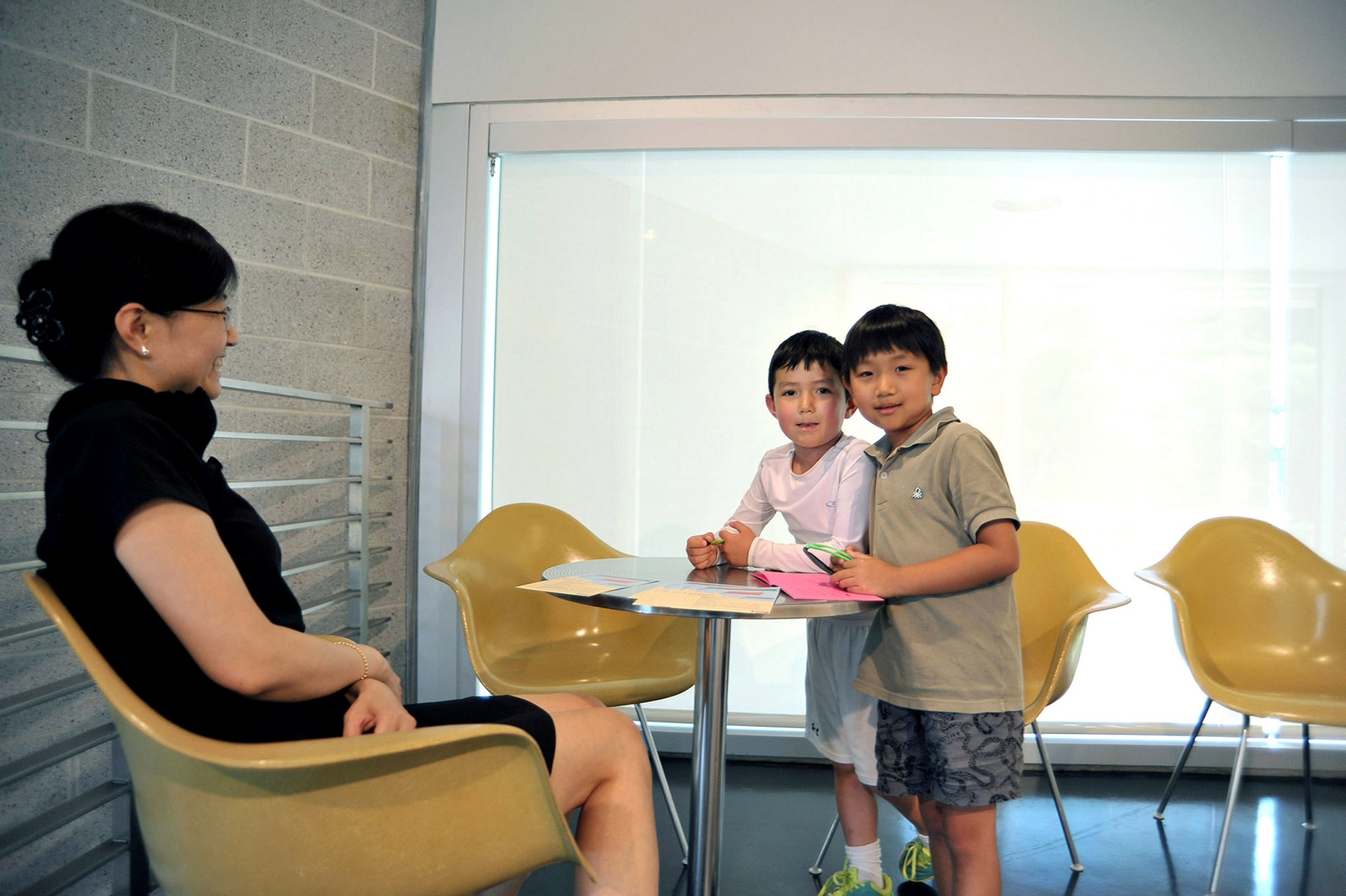 From noon to 3 pm, refreshments will be served inside the museum. After 3 pm, we will be setting up for food outdoors with watermelon, ice cream, hamburgers, hot dogs and veggie burgers.

12 to 1 pm: Museum Tour
Take a guided tour with Ian Berry, Dayton Director of the Tang Teaching Museum. Learn about the artists and artwork in our summer exhibitions.

12 to 4 pm: Scavenger Hunt
Grab a Scavenger Hunt booklet at the Visitors Services Desk and follow the clues on a mission of discovery in and around the museum.

2 to 3 pm: Collections Tour
In this rare event, the public is invited to a behind the scenes tour of the museum with Collection staff members Elizabeth Karp & Jessica Lubniewski.

3 to 4 pm: Unphotographable — Walking Tour with Tim Davis
Think about looking at the world without taking pictures of it on this walking tour of the Skidmore Campus guided by artist Tim Davis.

4 to 5 pm: Dryer
Rock out with the Saratoga Springs band Dryer.

All events are free and open to the public. Drop-in art activities are suitable for children age 5 and older; all children must be accompanied by an adult.
Read More

12 to 1 pm: Museum Tour
Take a guided tour with Ian Berry, Dayton Director of the Tang Teaching Museum. Learn about the artists and artwork in our summer exhibitions. The exhibitions are: Nicholas Krushenick: Electric Soup; Opener 29: Arturo Herrera — Day Before; and Elevator Music 29: Tim Davis — Unphotographable.

12 to 4 pm: Scavenger Hunt
Grab a Scavenger Hunt booklet at the Visitors Services Desk and follow the clues on a mission of discovery in and around the museum.

1 to 2 pm: See, Write, Read
Join the New York State Summer Writers Institute — a writing workshop and reading series held at Skidmore College every July — in exploring the museum through words. You’ll be shown a specific exhibition or artwork, given a writing prompt, and asked to write spontaneously about the art for a short period of time. Once time is up, participants can complete a quick edit and then share their work by reading it aloud in the group. Facilitated by Catherine Pond, Assistant Director of the NY State Summer Writers Institute, who teaches at the Fashion Institute of Technology. Her poems and prose have appeared in the Boston Review, the Antioch Review, the LA Review of Books, and many others. She holds an MFA in Poetry from Columbia University, a BA in English from Skidmore College, and she is Assistant Editor of Salmagundi Magazine as well as the Associate Poetry Editor of H.O.W. Journal. She lives in Brooklyn and the Adirondacks.

2 to 3 pm: Collections Tour
In this rare event, the public is invited to a guided tour of the two museum spaces where objects in the Tang’s collection are stored. Join Elizabeth Karp, the Tang Teaching Museum’s Head Museum Registrar & Collections Manager, and Jessica Lubniewski, Assistant Registrar for Collections, in learning about the work that goes on behind the scenes at the Tang where many of the more than 7,000 objects in the Tang collection are housed. Access to the Permanent Collections Storage Area on the first floor and the Kettlewell Print Study Room on the second floor is usually by appointment only, so this is a unique moment when the public is invited to visit these spaces.

3 to 4 pm: Unphotographable — Walking Tour with Tim Davis
Think about looking at the world without taking pictures of it on this walking tour of the Skidmore Campus guided by artist Tim Davis. Elevator Music 29: Tim Davis — Unphotographable, features a new sound piece by Tim Davis consisting entirely of composed samples of the word “unphotographable” taken from various recordings of the 1937 Rodgers and Hart show tune “My Funny Valentine,” and his Photography Liberation Front, a collection of “No Photography” signs that the artist stole from museums and churches around the world. Davis received his BA from Bard College and his MFA from Yale University. He has exhibited his work in solo exhibitions in the MACRO Museum in Rome, the Greenberg Van Doren Gallery in New York, and the Museum of Contemporary Photography in Chicago, among others. In 2008, he was the recipient of the Joseph H. Hazen Rome Prize and in 2005 he received the Leopold Godowsky Jr. Color Photography Award. His works are in the permanent collections of institutions including The Guggenheim Museum, The Metropolitan Museum of Art, The Whitney Museum of American Art, and The Walker Art Center. Davis currently lives in Tivoli, NY, and teaches photography at Bard College.

4 to 5 pm: Dryer
Rock out with the Saratoga Springs band Dryer on the lawn outside the museum (or inside the museum if it rains). Featuring Brian Akey, vocals/guitar; Bob Carlton, vocals/guitar; Joel Lilley, vocals/drums; and Rachael Sunday, vocals/bass, Dryer spent much of the 1990s touring the U.S. and garnering airplay on college radio, with favorable comparisons to band such as The Pixies, Superchunk, Helium, Velocity Girl and Sebadoh. Though the band called it quits in 2002 (after 10 years, three full-length recordings, multiple 7″ singles, several E.P.s and appearances on many compilations), Dryer reformed in 2010 to celebrate the release of a 31-song collection of released and unreleased material titled STRUT AND FRET 1993 -2002 on Fake Chapter Records. The band is currently rehearsing new material for an upcoming release.