Frances Day
A Community Celebration at the Tang

Frances Day is free and open to the public. See schedule for tours and other events. Drop-in art-making activities run from noon to 5pm.

Frances Young Tang was a wife, mother, and 1961 Skidmore College graduate who died in 1992. In her memory, the Tang family made a substantial donation that led to the Tang Teaching Museum becoming a reality. The museum opened in 2000. Frances Day honors Frances Young Tang’s legacy of creativity and philanthropy with a day of free activities for art-lovers of all ages.

Saratoga Arts presents Art in the Park, Saturday, July 9th, 10 am - 5 pm, is a full day of fine art in Saratoga Springs’ historic downtown Congress Park. 50+ Artists will be selling their drawings, paintings, ceramics, jewelry, sculpture, photography, print-making, and more. This year’s event will include prizes, local music, great food and a Kidz Art Zone! After the event, opening reception of 10x10 exhibition at The Arts Center from 6 - 8pm.
For more information, visit www.saratoga-arts.org or call 518.584.4132.

The Frances Young Tang Teaching Museum and Art Gallery at Skidmore College invites the public to its annual Frances Day, a community open house from noon to 6:00 pm Saturday, July 9, full of art, art-making, food, music, and more in honor of the museum’s namesake.

Visitors can get an up-close view of what goes on behind the scenes in the Museum’s Collections areas, and get a guided look at the exhibitions on view: A More Perfect Union, featuring Mel Ziegler’s Flag Exchange, with flags collected from all 50 states; the photography exhibition Borrowed Light: Selections from the Jack Shear Collection; Liz Collins — Energy Field, a community lounge installation featuring a new work by artist E.V. Day; Elevator Music 30: Critter & Guitari, in which visitors can make their own music; and the student-curated exhibition According to What, which explores fact and fiction in contemporary art.

This event is free and open to the public. 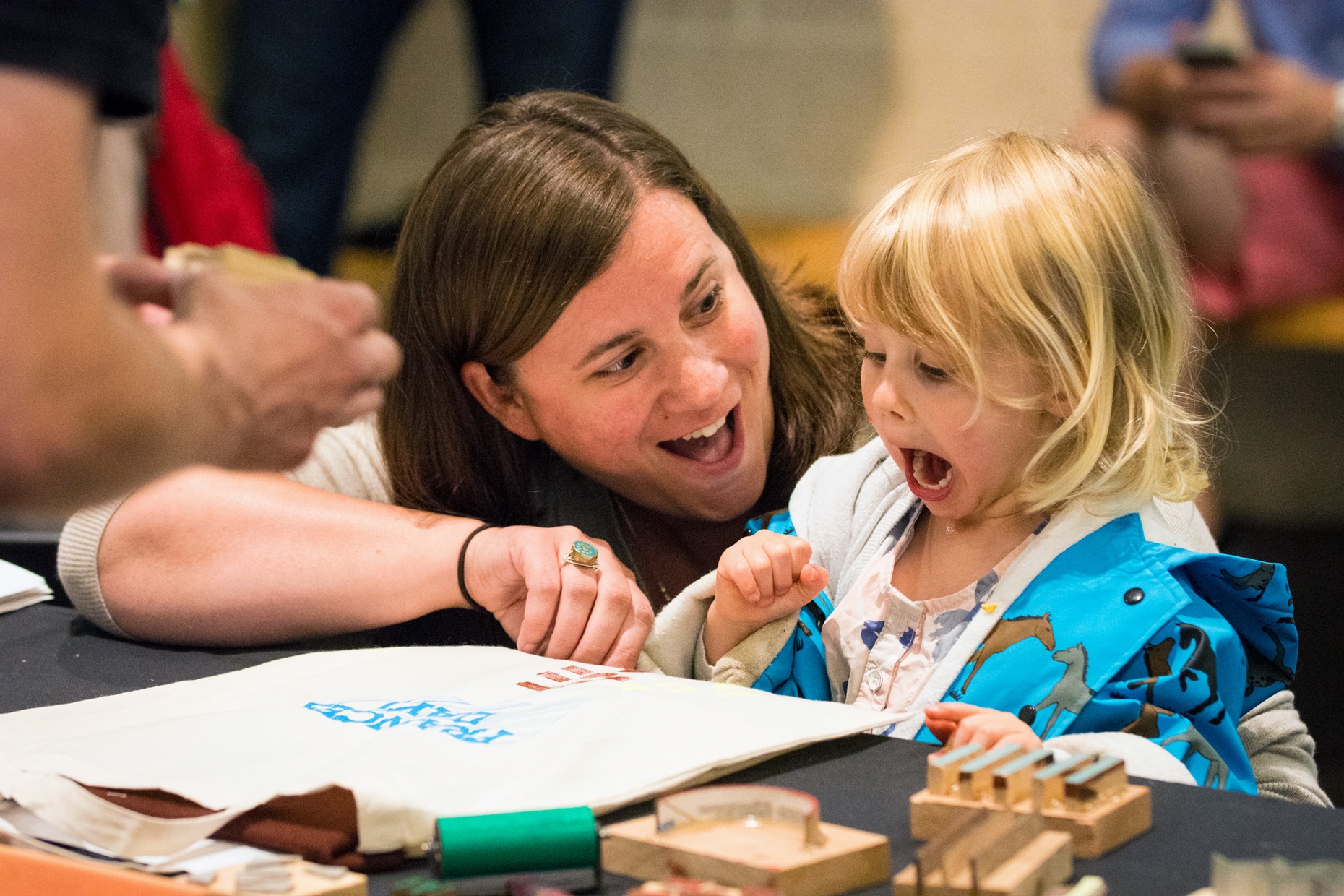 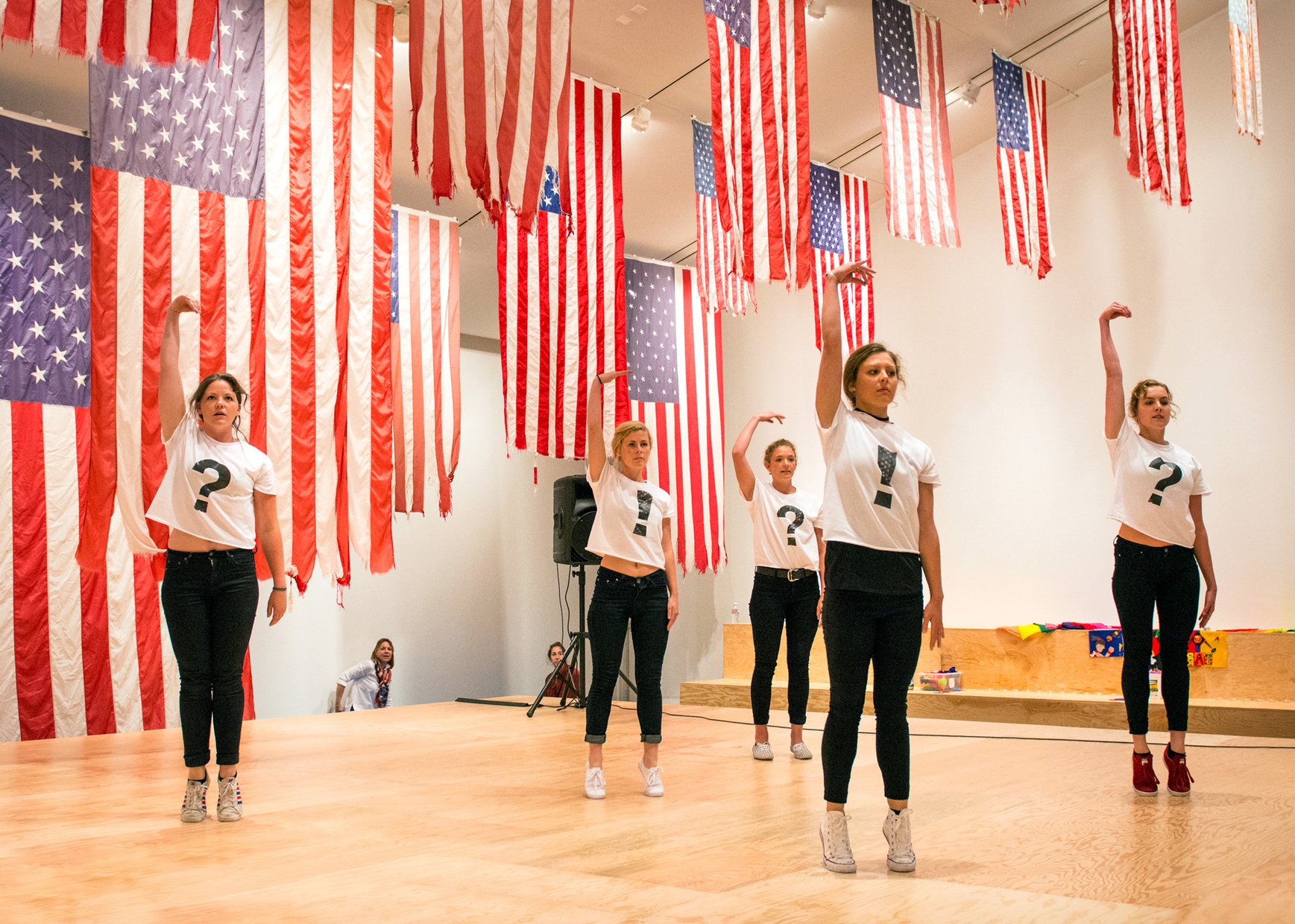 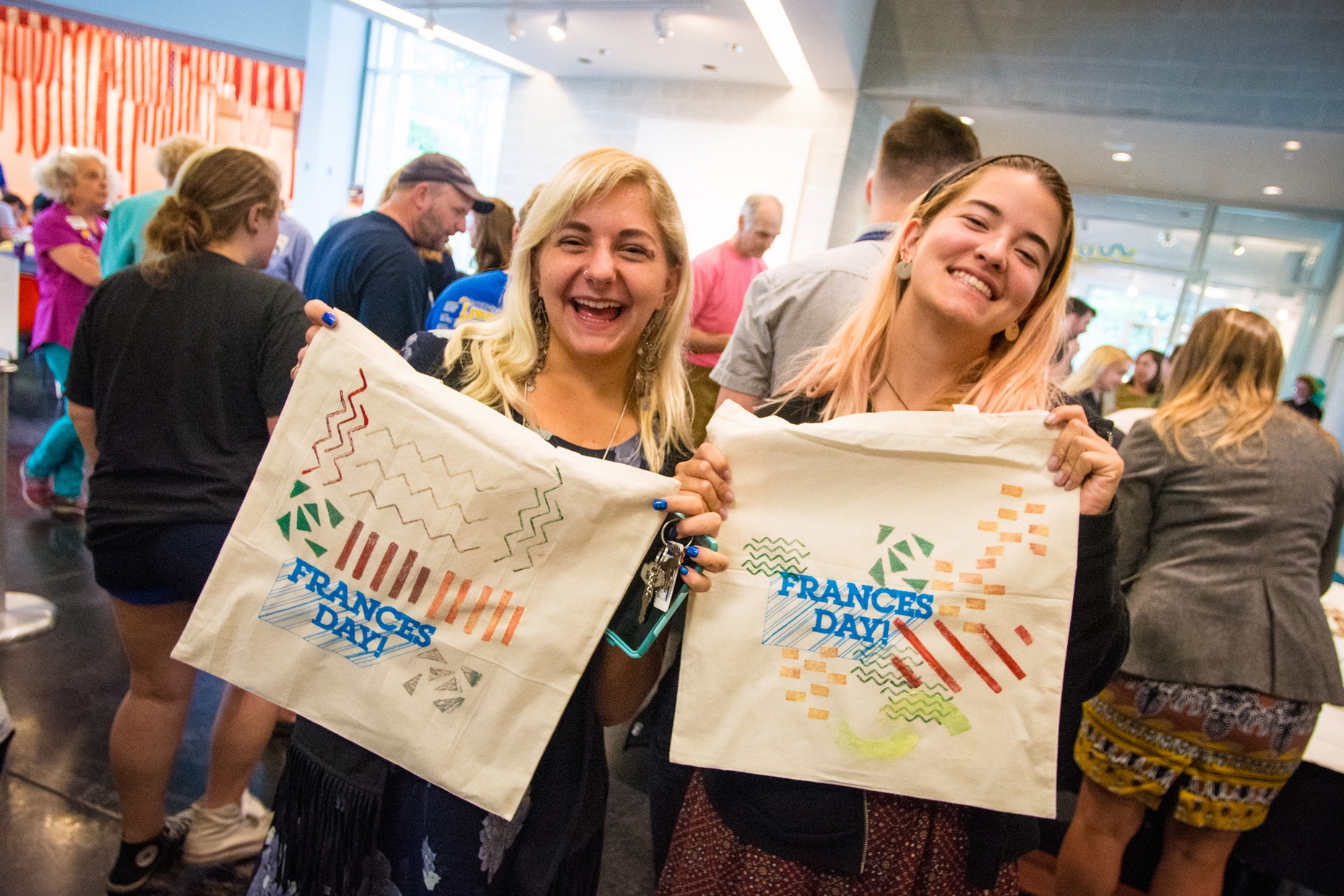 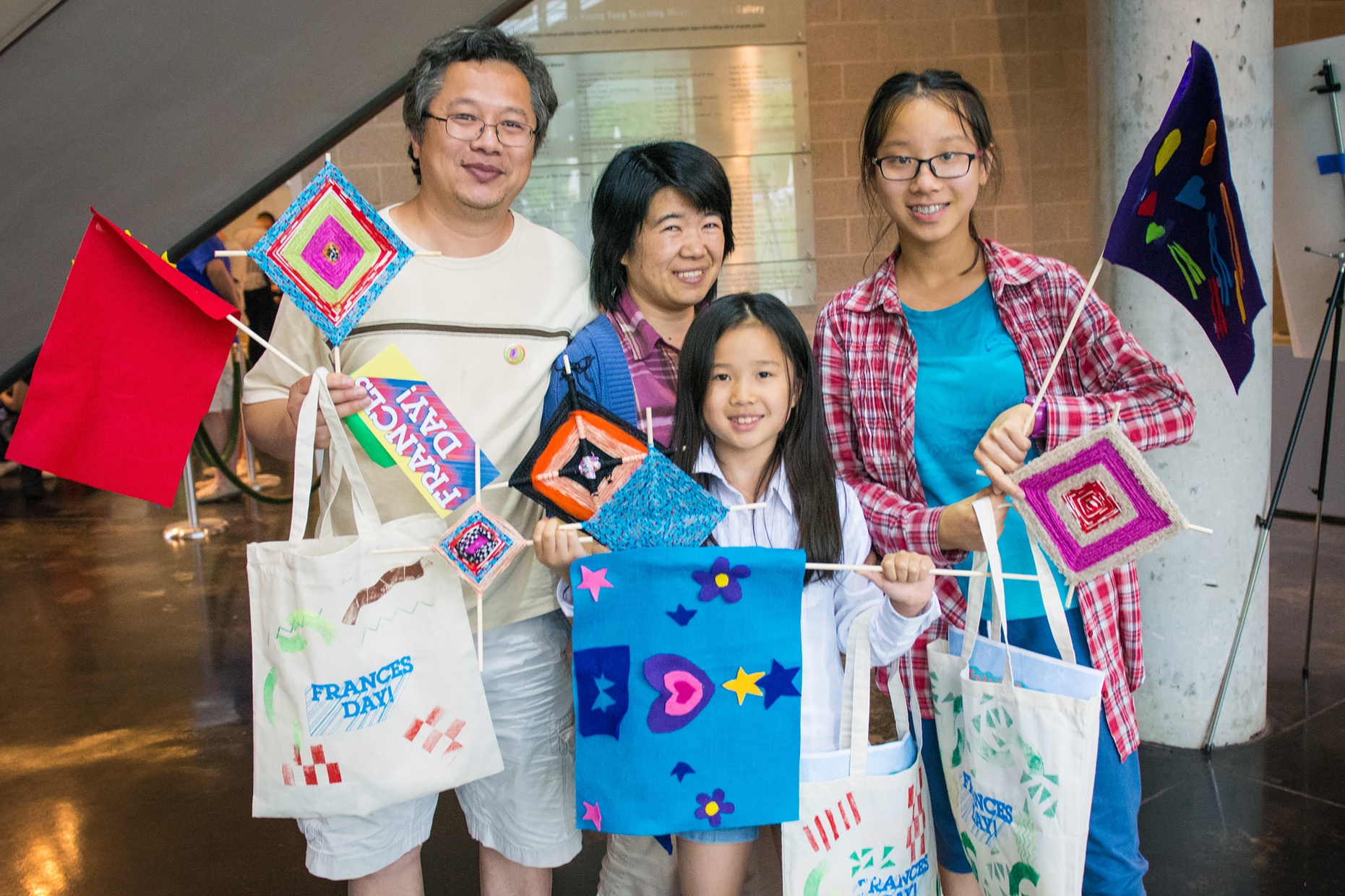 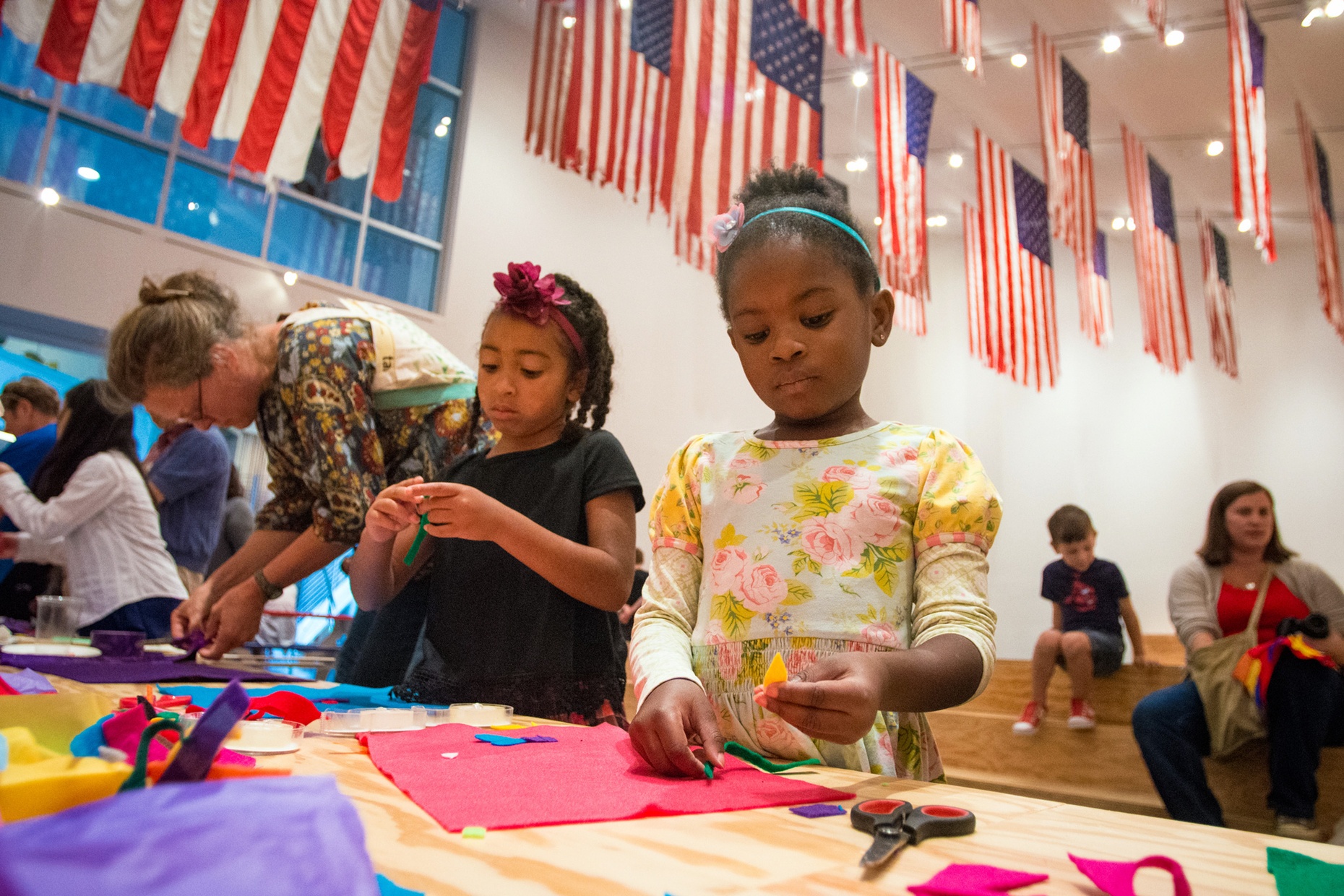 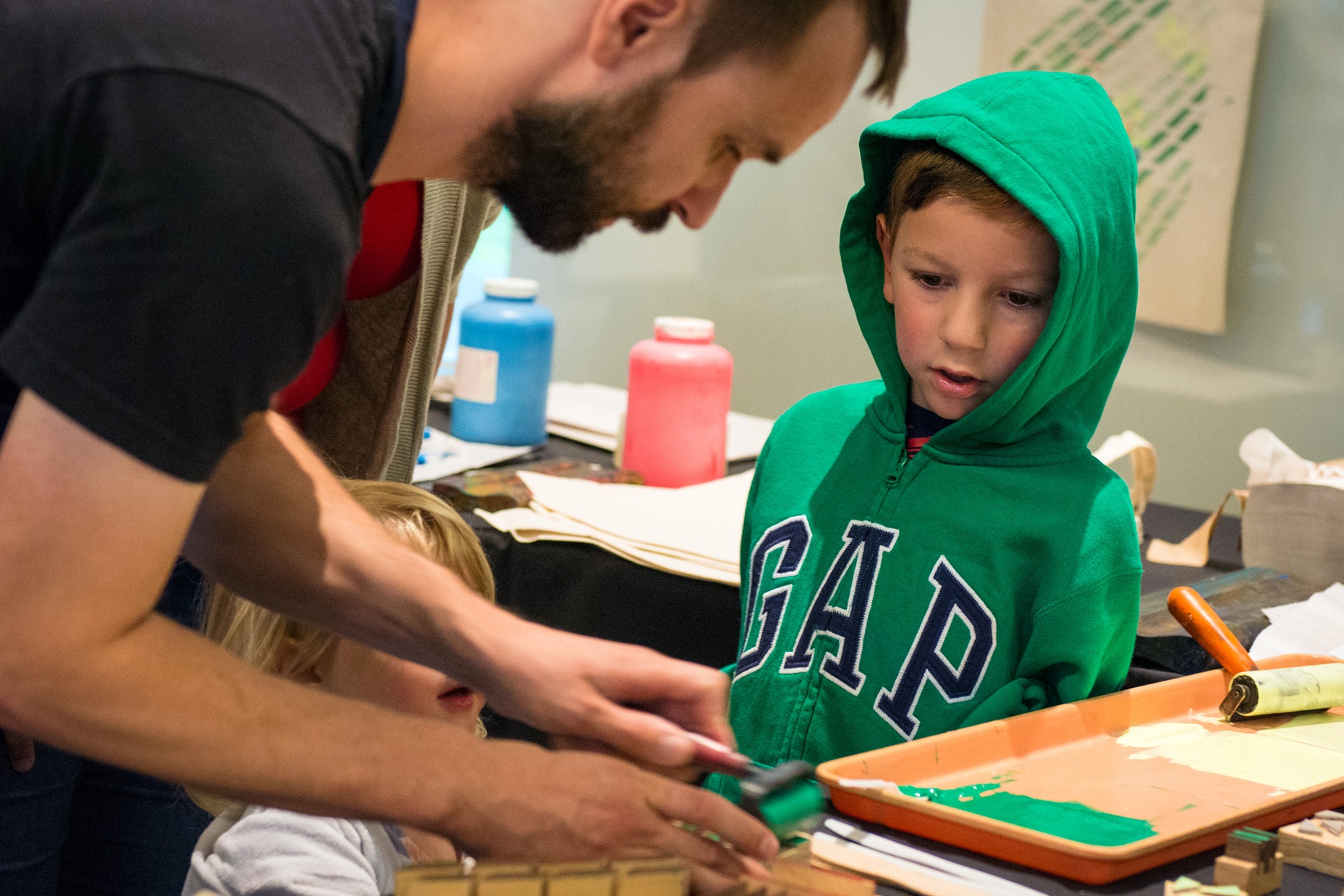 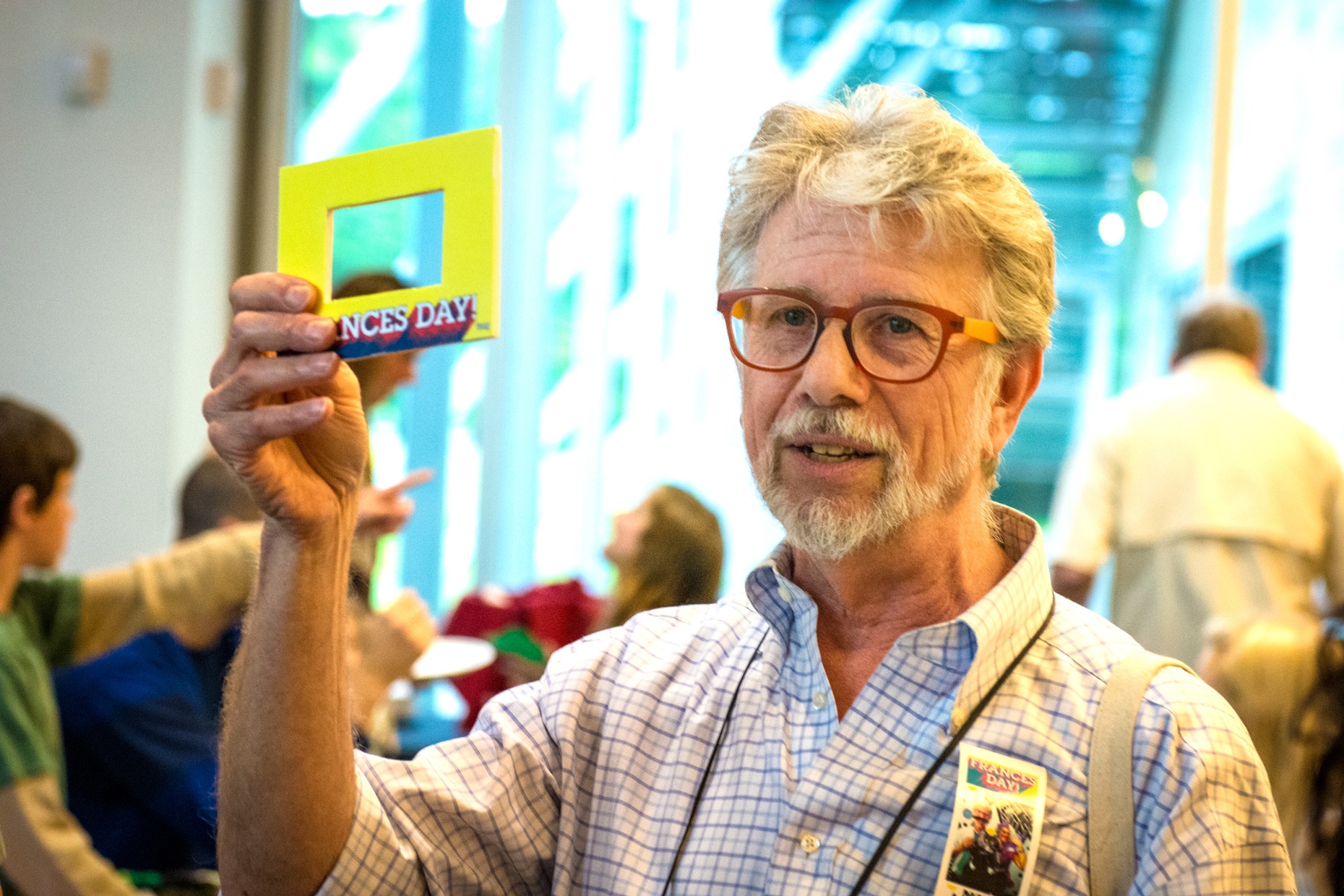 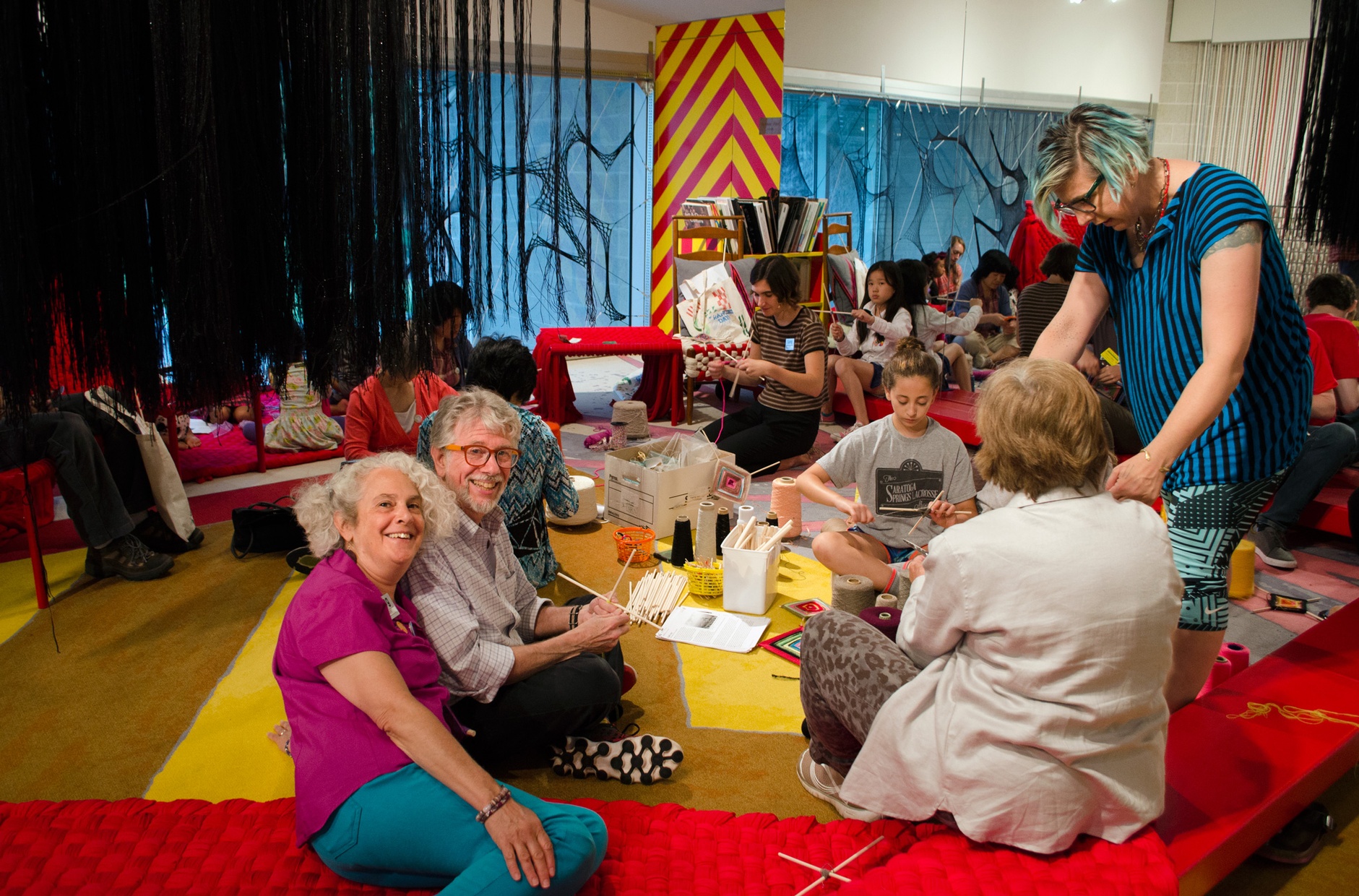 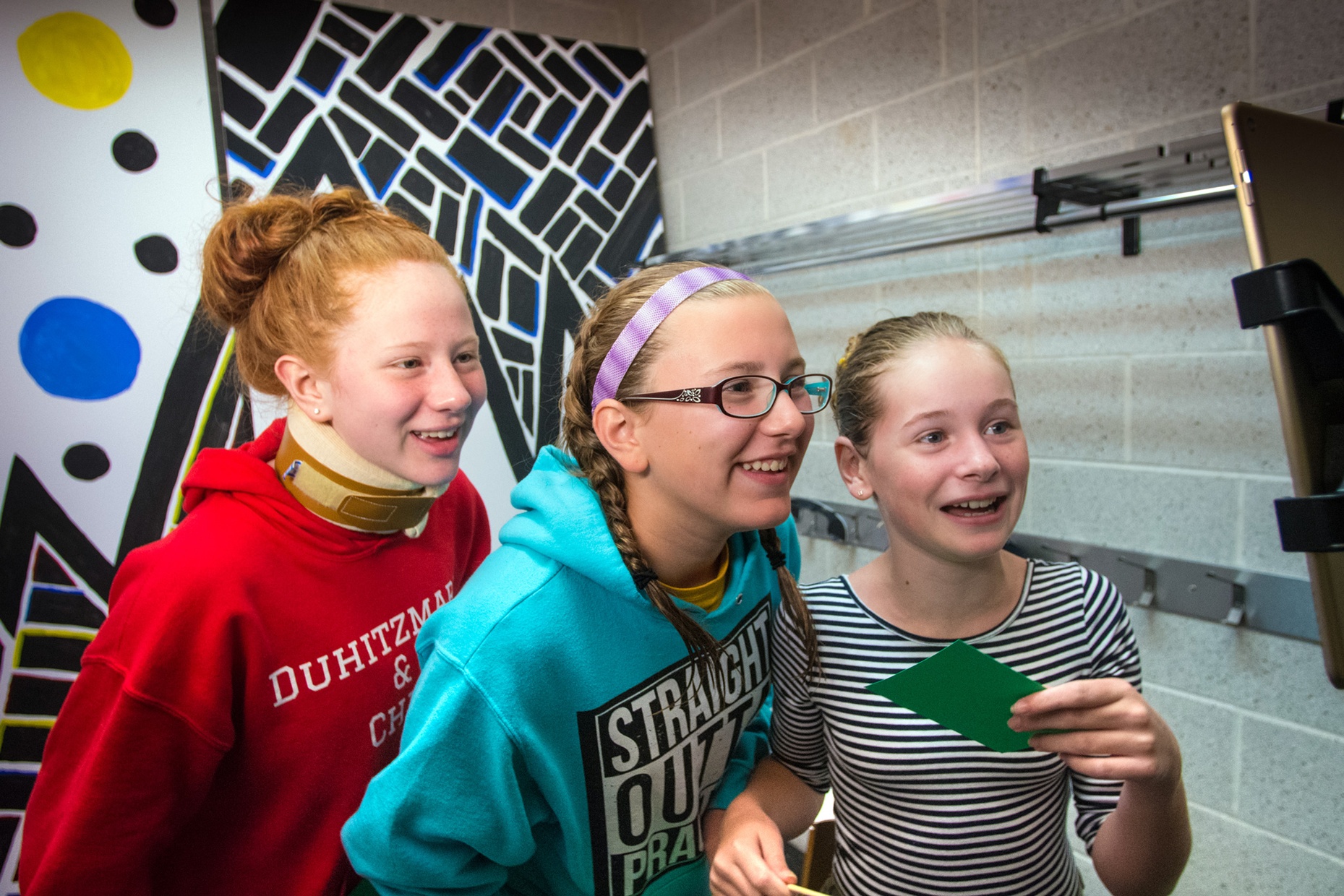 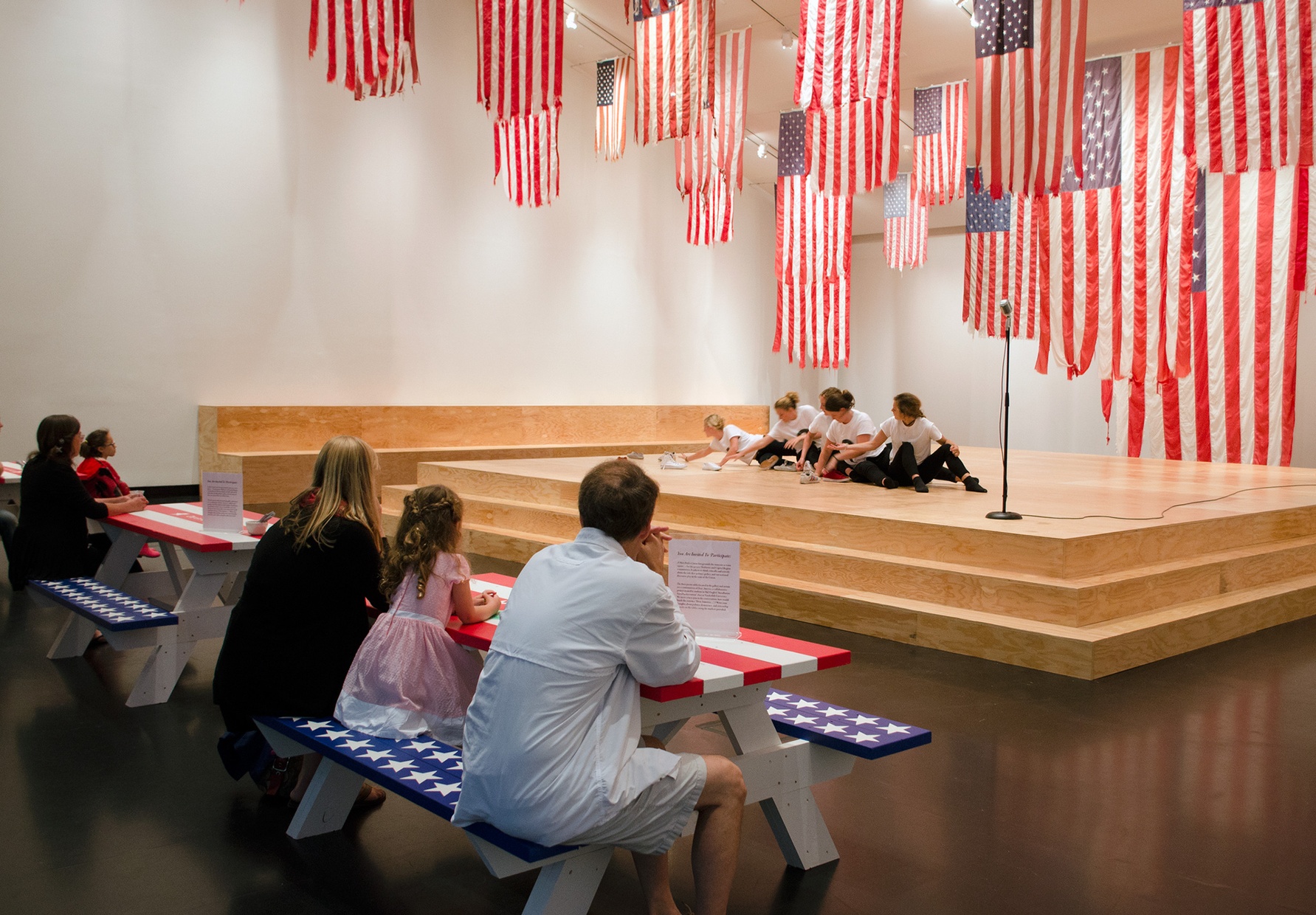 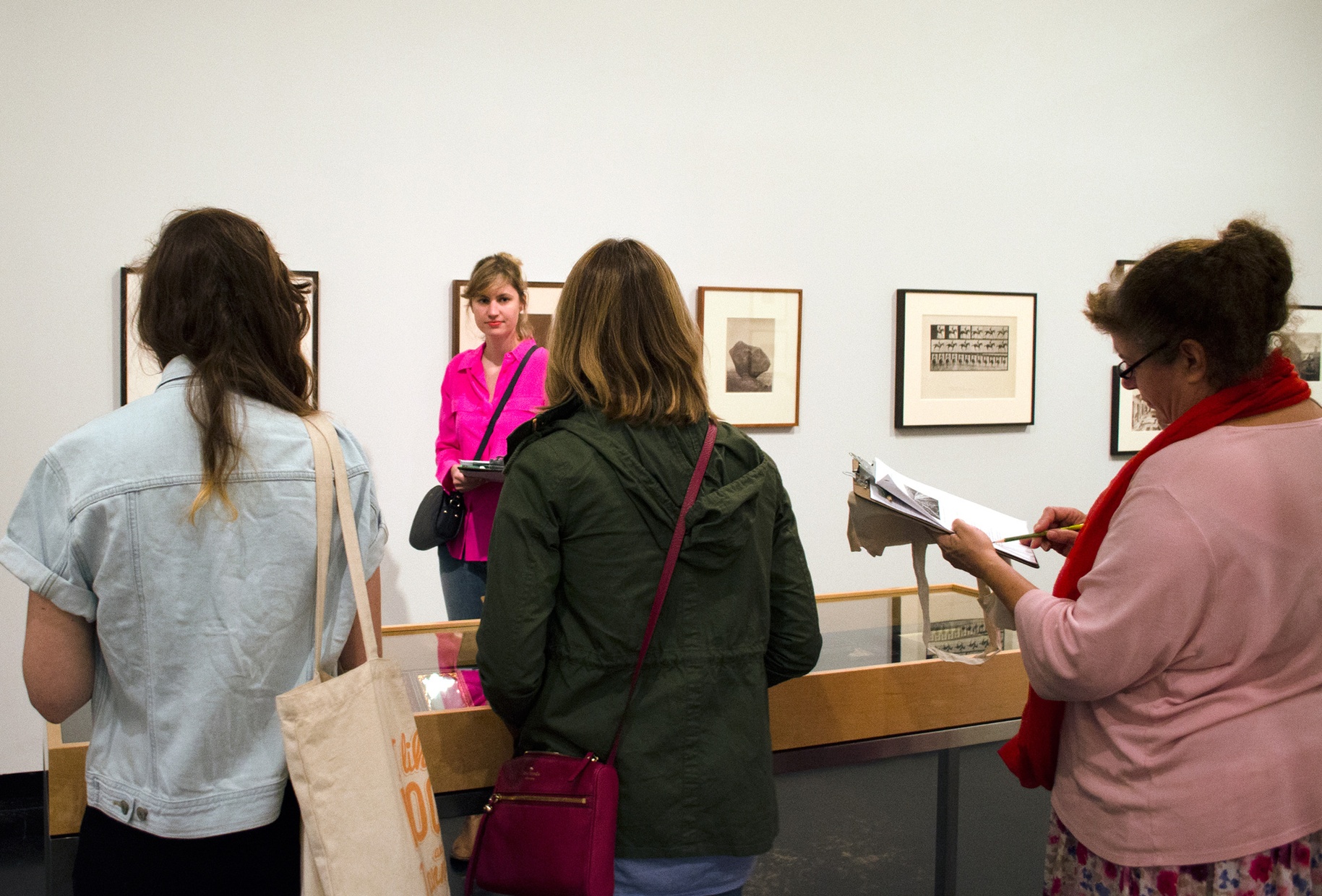 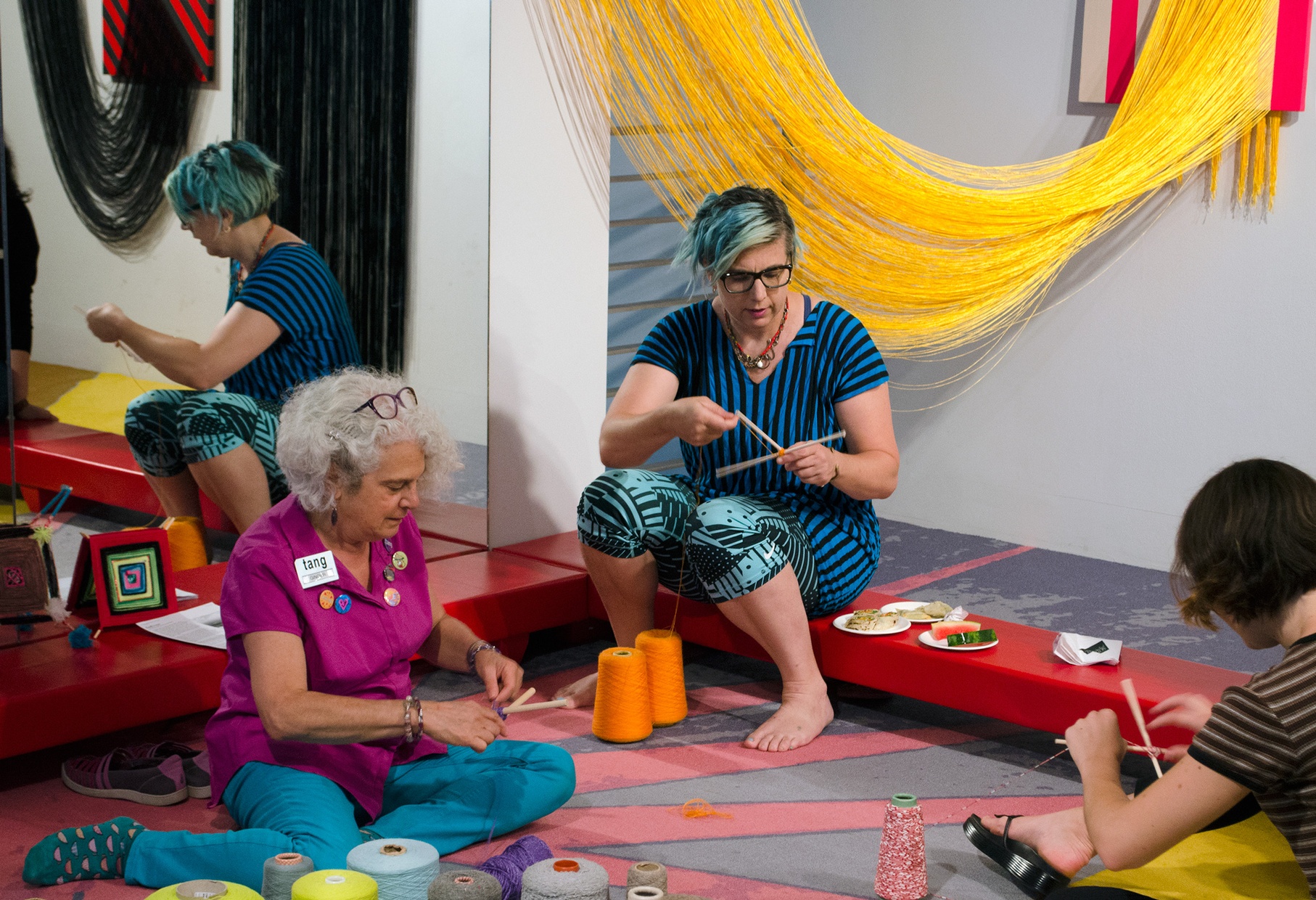 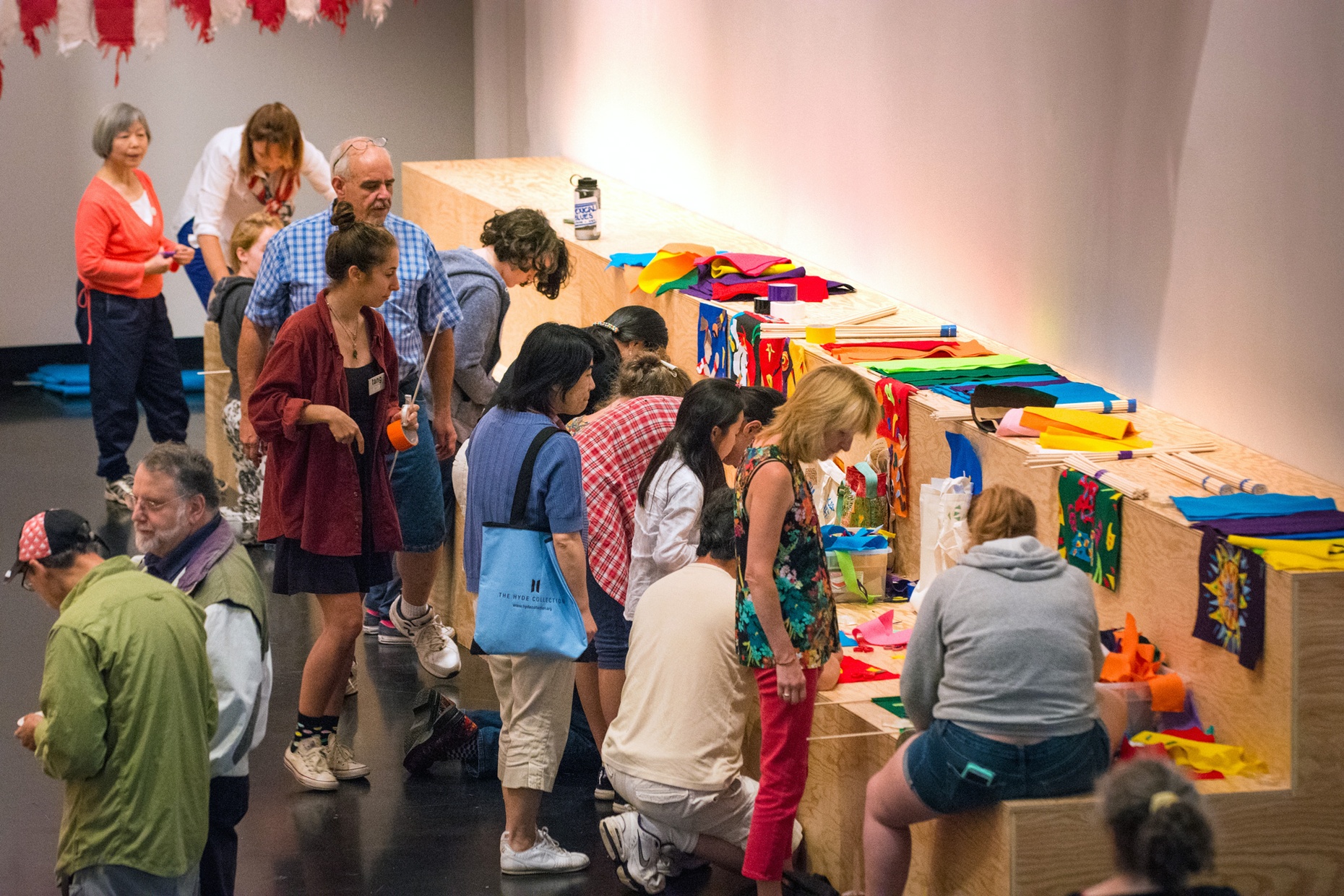 About the special guests

Liz Collins, artist
Liz Collins is a New York City-based artist and designer known for her textiles, installations, and KNITTING NATION, her live labor and site-specific installation project. Collins recently created Energy Field, a lounge in the Tang Teaching Museum at Skidmore College, where her paintings and three-dimensional textile works co-exist with her home textiles and furniture. She was also an artist in residence at the Museum of Arts and Design in New York through the end of January 2016 and created a massive woven installation for the staircase in the lobby there in March 2016. Her solo exhibitions have been at Heller Gallery, NY; AMP Gallery, Provincetown, MA; Occidental College, LA; Textile Arts Center, NY; AS220, Providence, RI; and the Knoxville Museum of Art. Her work has been included in numerous exhibitions including at the ICA/Boston; Leslie Lohman Museum of Gay and Lesbian Art; the Museum of FIT; the Milwaukee Art Museum; the Museum of Arts and Design; MoMA; and the Tang Museum at Skidmore College. Collins’ awards include a USA Fellowship, a MacColl Johnson Fellowship, and residencies at Haystack, Yaddo, and AIR Alaska. Collins received both her BFA and MFA from RISD and was an Associate Professor there from 2003-2013. She has since taught at PRATT, SAIC, and MICA.

Terry Conrad, artist
Terry Conrad teaches at Skidmore College, and was awarded the 2015-2016 Grant Wood Fellowship in Printmaking at the University of Iowa in Iowa City. erry Conrad earned his BFA from Alfred University and a MFA from Cranbrook Academy of Art. His recent solo exhibitions include Paper, Plastic, Concrete, The Foundry, Cohoes, NY, and Short Stories, Siena College, Loudonville, NY. He has shown his work regionally and nationally in group exhibitions at Schick Gallery at Skidmore College, Saratoga Springs, NY; Laffer Gallery, Schuylervillle, NY; the Albany Airport Gallery; Albany Academy, Albany NY; International Print Center in New York; Art Chicago, and the Visual Arts Center at the University of Texas, Austin, TX. His awards include a Skidmore College Faculty Development Grant, a NYFA SOS Grant, and residencies at Penland in North Carolina, Frans Masereel Centrum in Kasterlee, Belgium and the Vermont Studio Center. Other professional experience includes working as a Costume and Prop Technician at Izquierdo Studio in New York City for theater and films. Learn more about his work at http://www.terryjamesconrad.com.

Elise Mumford, dancer
Elise Mumford is a graduate of Interlochen Arts Academy in Michigan, where she majored in dance. She was also a student in the pre-professional program at the Joffrey Ballet in Chicago. Elise is a rising senior at Skidmore College with a double major in dance and art history. She has performed in faculty works and in the Merce Cunningham MinEvent at the Tang Teaching Museum. She has spent previous summers working at the Académie Américaine de Danse de Paris (American Academy of Dance in Paris) as a counselor and instructor.

Catherine Pond, poet and writer
Catherine Pond is a poet from Alpharetta, Georgia. She lives in Brooklyn and teaches at the Fashion Institute of Technology, and is the Assistant Director of the New York State Summer Writers Institute. Her poems and prose have appeared in the Boston Review, the Antioch Review, the LA Review of Books, and many others. She holds an MFA in Poetry from Columbia University, a BA in English from Skidmore College, and she is Assistant Editor of Salmagundi Magazine as well as the Associate Poetry Editor of H.O.W. Journal. She is also co-founder and co-editor of the online magazine, Two Peach, with Julia Anna Morrison.

Charles Steckler, artist
Charles Steckler is a bricoleur, an assemblage artist who works as a painter, printmaker, photographer, draughtsman, stage designer, and collage and diorama artist. He has exhibited his work in numerous one-person and group exhibitions and has designed stage sets for over a hundred plays. He has been a Yaddo Fellow, an Associate at the Atlantic Center for the Arts, a Resident Artist at the Vermont Studio Center, a Prix de Rome Finalist and Visiting Artist at the American Academy in Rome. He received his B.A. from Queens College and his MFA from Yale University. He is Professor of Theater and Designer-in-Residence at Union College in Schenectady, New York.

The Parlor’s music is the sonic corollary to what the couple is bringing to their land, an artisanal re-imagining of an antique dream. Jen O'Connor and Eric Krans make their home in Upstate New York. Their farmhouse is filled with jars of feathers + herbs, trays of wings + claws, upright basses, a sampling synth, braided onions, polyester pants, Casio + Zenith, antique mirrors. Ghosts. They write and record music in a room called the parlor. Formed as a duo at The University of Massachusetts, Amherst, Jen + Eric met in an elevator. They once lived in the concrete jungles of Bangkok, but returned home when they grew tired of breathing the solid scraps of charred and blackened metal that fell everyday from the sky.

Their latest record Wahzu Wahzu (mixed + mastered by Mercury Rev’s Anthony Molina) was an indie combination of après garde disco, jazz, trance, world-folk, and art-pop, which lead to the album being described simultaneously as “campfire-disco” and “gentle + otherworldly.” Over more than a decade of collaboration, The Parlor’s sound has evolved to incorporate the sepia tones of their pastoral past with the gritty glitter of their varicolored future.