Free and open to the public

Join us for a night of performances featuring Matana Roberts and Kamau Amu Patton. This is the second of two nights of performance featuring art, music, film, poetry, and performance art by emerging and established legends of the avant-garde.

Events on April 13 and 14 are the culmination of the exhibition Art Forms of Dimensions Tomorrow: Sound, Black Study, and the Multidisciplinary Artist, which pairs the early art and archives of Sun Ra with contemporary sonic and sound-inspired artworks.

About the Artists & Performers

Matana Roberts is an internationally renowned composer, band leader, saxophonist, sound experimentalist, and mixed-media practitioner working in improvisation, dance, poetry, and theater. She is the 2014 recipient of both the Herb Alpert Award in the Arts and the Doris Duke Impact Award. She will be performing her acclaimed Coin Coin Chapter Three, a work of “panoramic sound quilting” that aims to expose the mystical roots and channel the intuitive spirit-raising traditions of American creative expression while maintaining a deep and substantive engagement with narrativity, history, community and political expression within improvisatory musical structures. Coin Coin is “one of the most provocative ongoing bodies of work by any American musician” (Pitchfork).

Kamau Amu Patton received an MFA from Stanford University in 2007 and has had solo exhibitions at the Yerba Buena Center for the Arts and Queens Nails Annex in San Francisco. He has worked collaboratively on artists’ projects at MoMA and at LACMA. Patton was a 2010-2011 artist-in-residence at The Studio Museum in Harlem. His work was shown at the San Francisco Museum of Modern Art in 2011 as part of the SECA Art Award exhibition. In 2012 he participated in Pacific Standard Time and in 2013 in the Machine Project Field guide to L.A. Architecture. His recent work has embraced the transformation of speech, radio transmission, video feedback, and painting. He will be performing a new experimental work featuring text and sound. 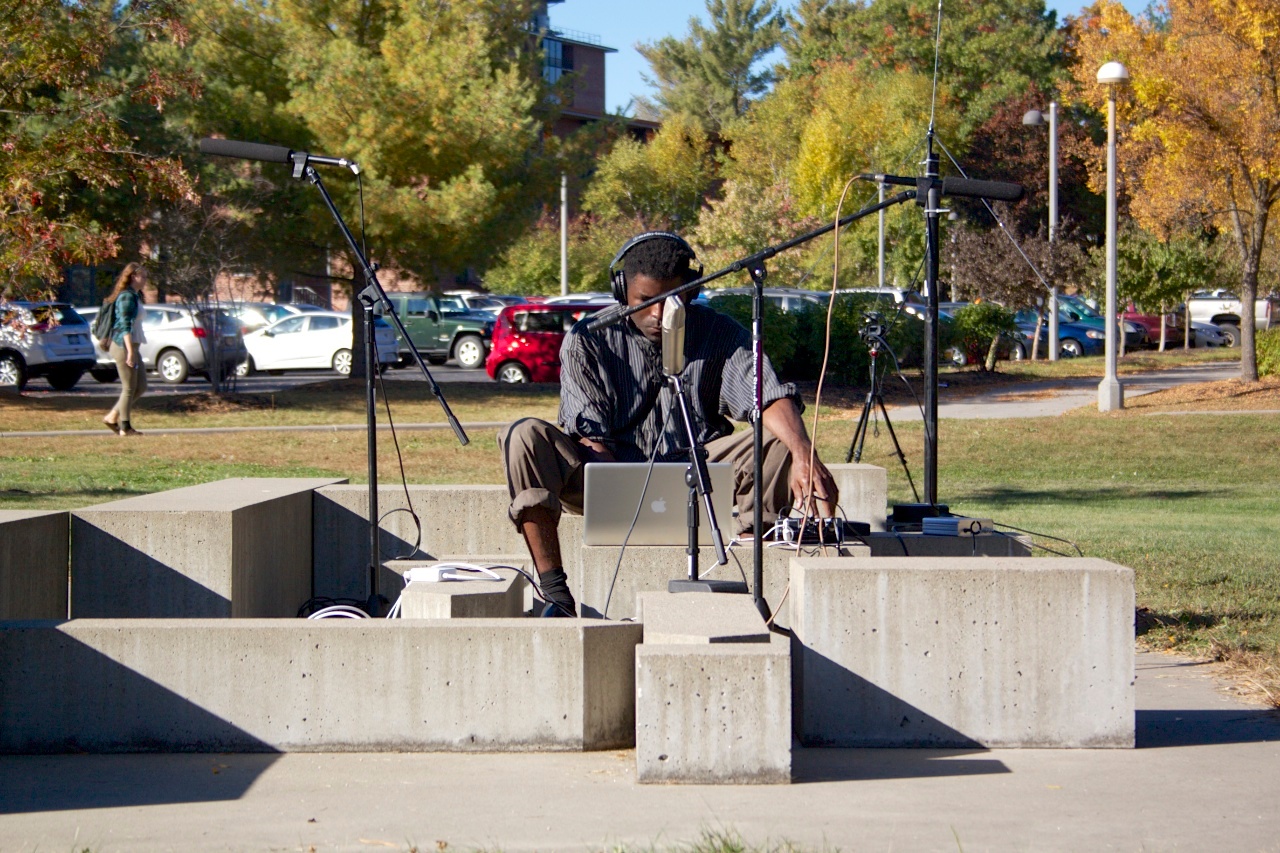 Art Forms of Dimensions Tomorrow
Exhibition
Performances
Category
Evening Performance
Category
i
Pattern by Abby Fuess ’18
Inspired by the exhibition Other Side: Art, Object, Self
The Tang Pattern Project celebrates the Museum’s 20th anniversary. Organized by Head of Design Jean Tschanz-Egger, past and current Tang Design Interns created patterns inspired by the Museum’s exhibition and event history.
See all patterns