Opener 16
Oliver Herring: Me Us Them

Me Us Them weaves together fifteen years of work by New York-based artist Oliver Herring (b. 1964). His ever-expanding body of work explores many media, from sculpture and performance to photography and video. The exhibition includes several of Herring’s early knit-Mylar objects, experimental videos, complex photo-collages, and documentation of recent TASK events, which invite participants to entirely shape the work. Herring’s larger pieces orbit around a central gallery space meant to simulate an artist’s studio.

Herring created his early works alone in his studio, laboriously knitting objects such as empty clothing and transparent blankets inspired by the drag performance artist Ethyl Eichelberger, who died in 1990.

The knitting process played a crucial role, allowing the resulting objects to act as indicators of the passage of time.

Since 1998, Herring has regularly involved other people in his work. From stop-motion videos to scrupulously rendered photo-sculptures, these intimate interactions have expanded Herring’s practice into new realms, culminating in the more open series of TASK events. His many and varied projects share a common focus on social interactions, human relationships, and creative experimentation.

Opener 16: Oliver Herring: Me Us Them is organized by Ian Berry, the Tang Museum’s Susan Rabinowitz Malloy ’45 Curator, in collaboration with the artist. The Opener series is made possible with the generous support of the New York State Council on the Arts, The Overbrook Foundation, and the Friends of the Tang.

Opener 16
Oliver Herring: Me Us Them

This exhibition is organized by the Tang Museum’s Susan Rabinowitz Malloy ‘45 Curator, Ian Berry, in collaboration with the artist, Oliver Herring.
twtweet this
fbshare on facebook 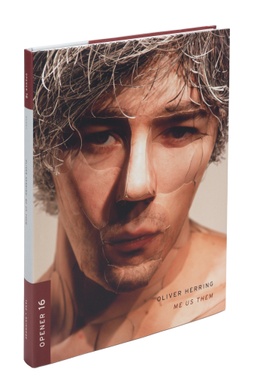 Professor Michael Arnush talks about the design of a Tang based assignment that he used in collaboration with Professor Leslie Mechem.

“This assignment focuses on a number of key skills: collaboration, research, analysis, integration into course content, articulation and engagement in a museum setting.”

In this Classics gateway course, Professors Michael Arnush and Leslie Mechem designed a Tang-based assignment to prepare their students for a trip to the Metropolitan Museum of Art. For this assignment, Professors Arnush and Mechem directed three students, separate from the rest of the class, to make two different presentations based on objects in Oliver Herring: Me Us Them. The first presentation consisted of intentionally excellent, mediocre and poor individual presentations of two objects (Wade I and Wade II, 2006) without apparent connections, while the second presentation of a third object (Soft Landing, 1999) reflected excellent teamwork and employed well-honed oral deliveries.

Show Less
Past related events
View the full calendar
TASK in Saratoga Springs
i
Pattern by Atlan Arceo-Witzl ’18
Inspired by the exhibition Other Side: Art, Object, Self
The Tang Pattern Project celebrates the Museum’s 20th anniversary. Organized by Head of Design Jean Tschanz-Egger, past and current Tang Design Interns created patterns inspired by the Museum’s exhibition and event history.
See all patterns