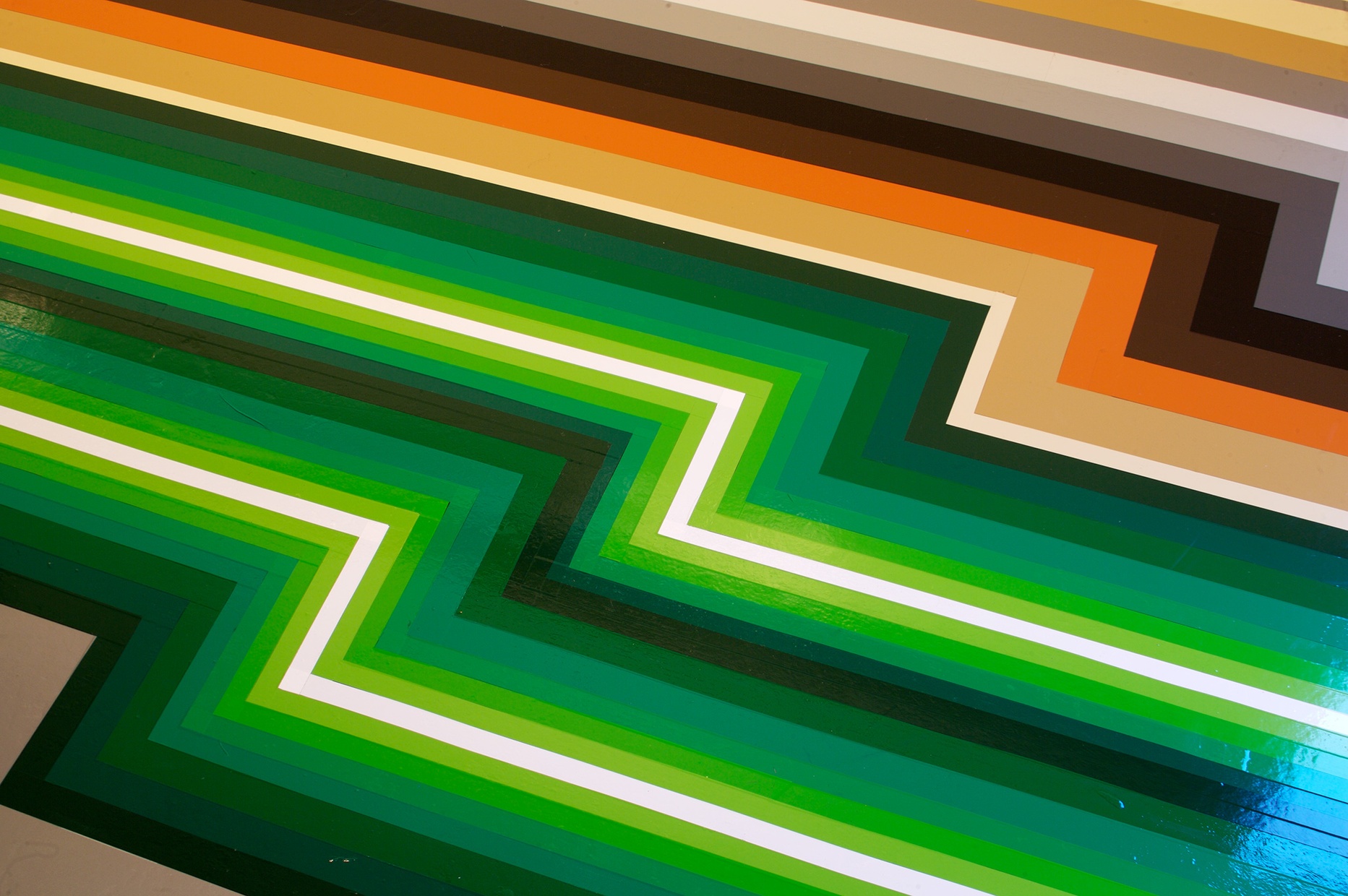 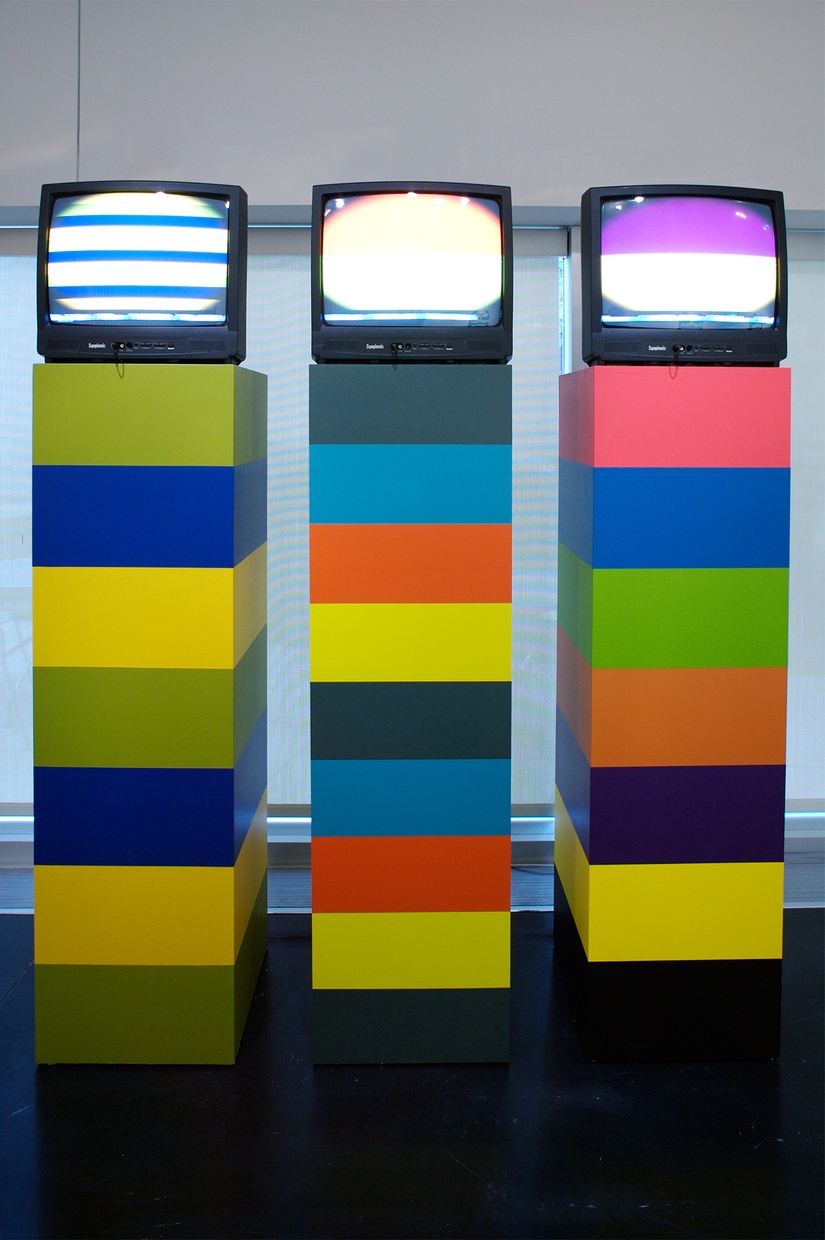 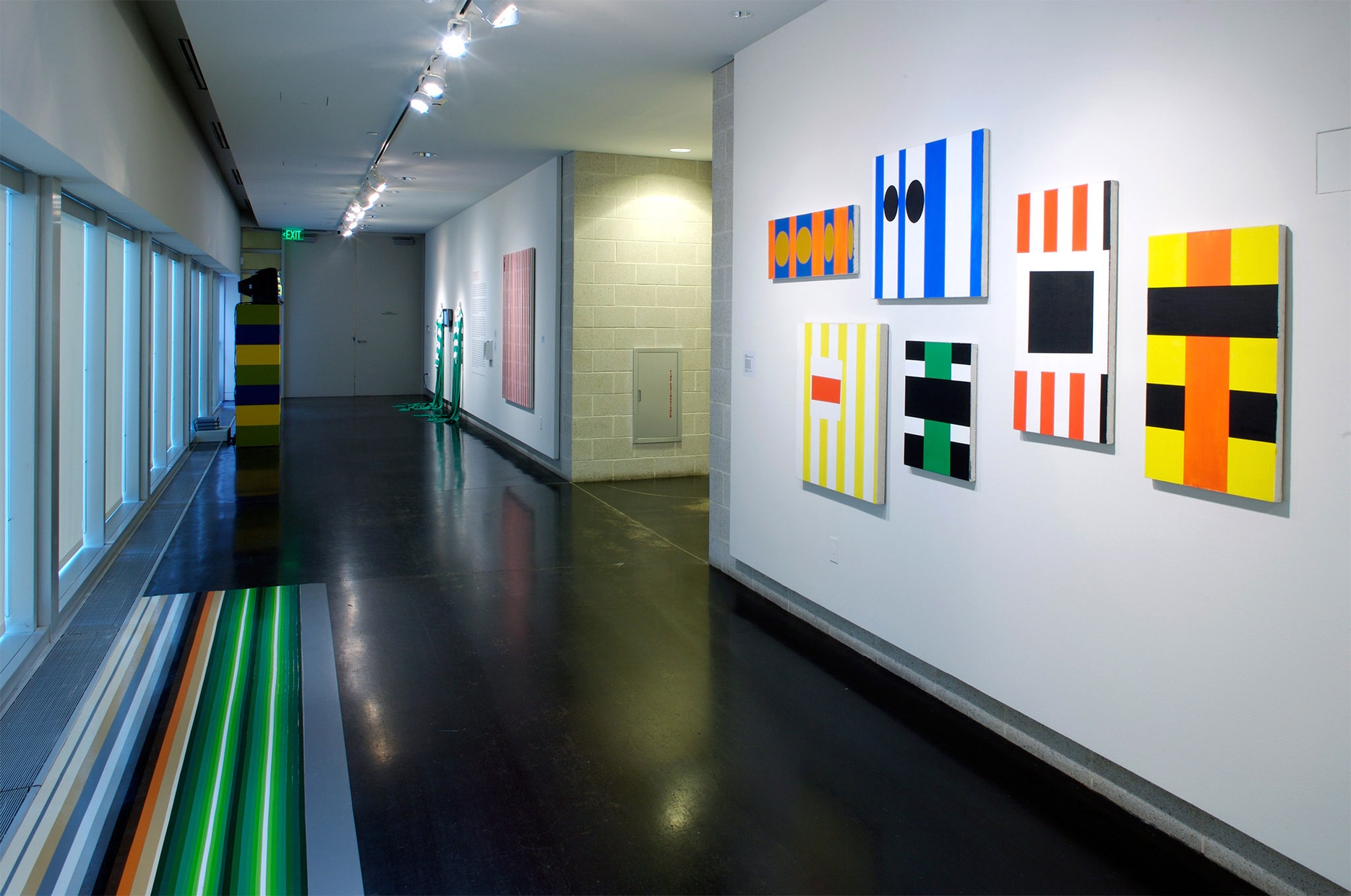 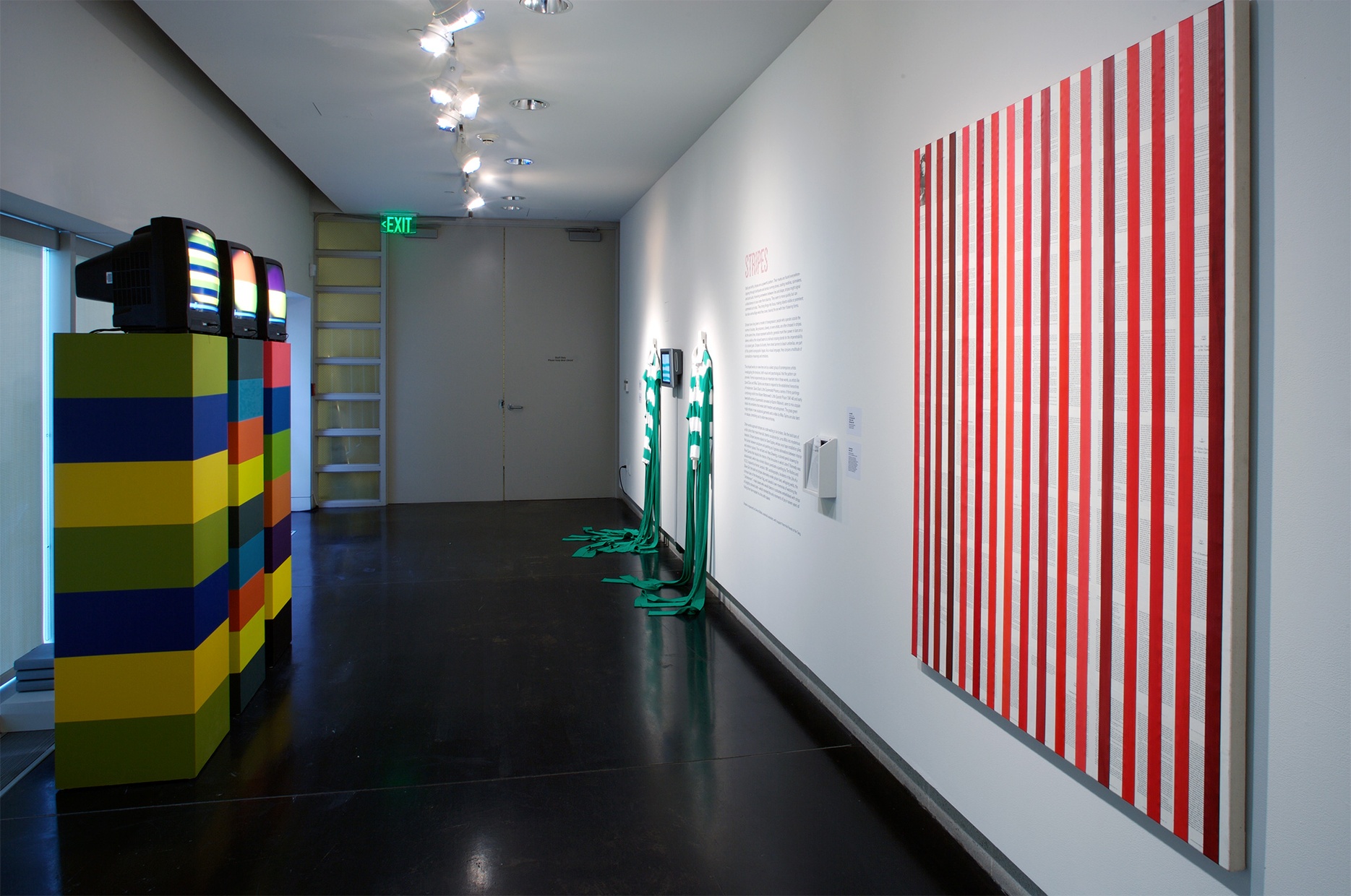 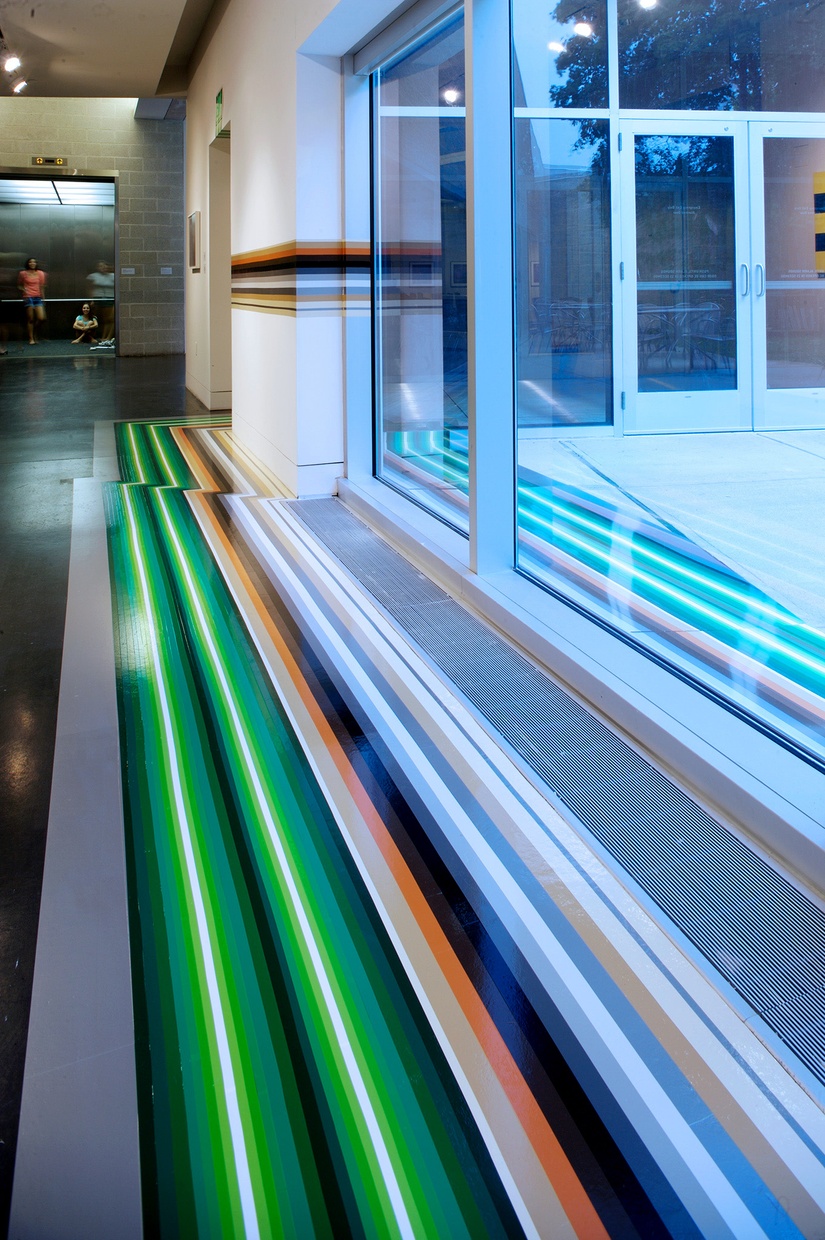 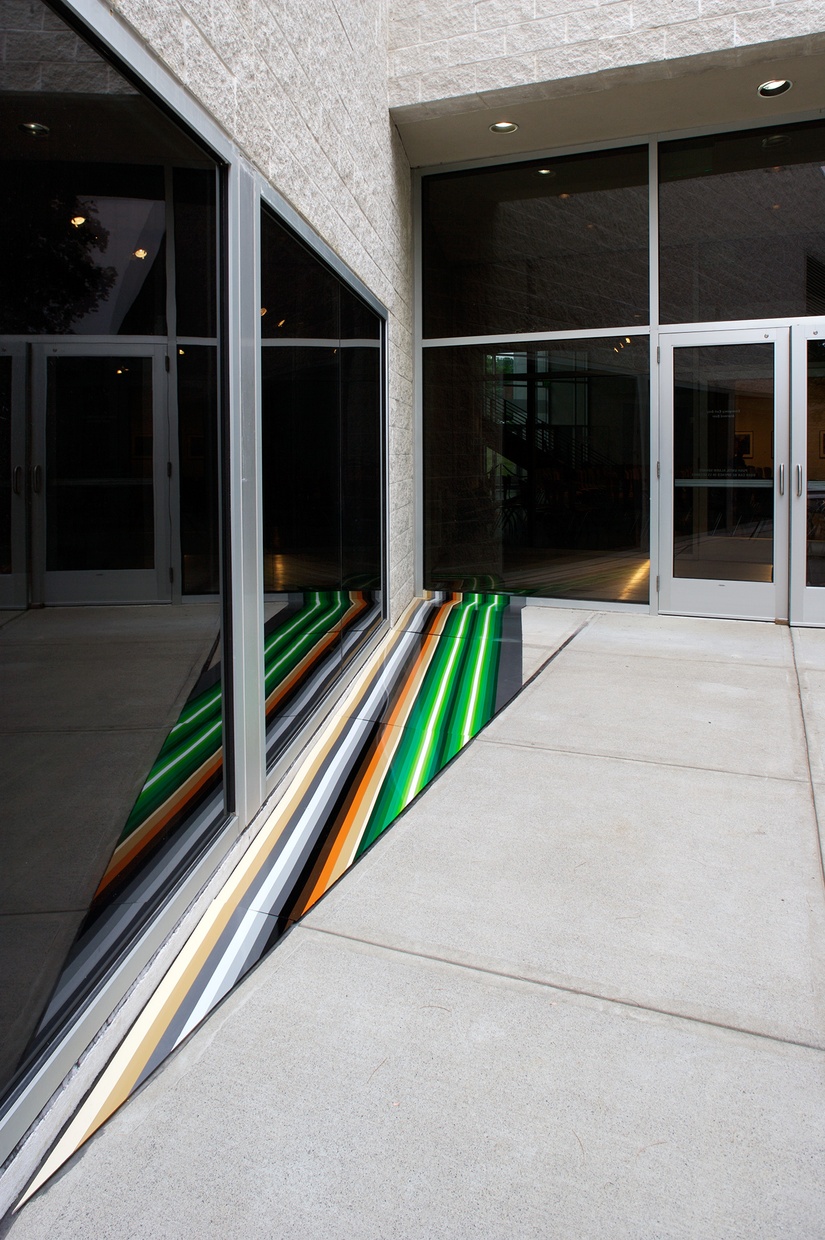 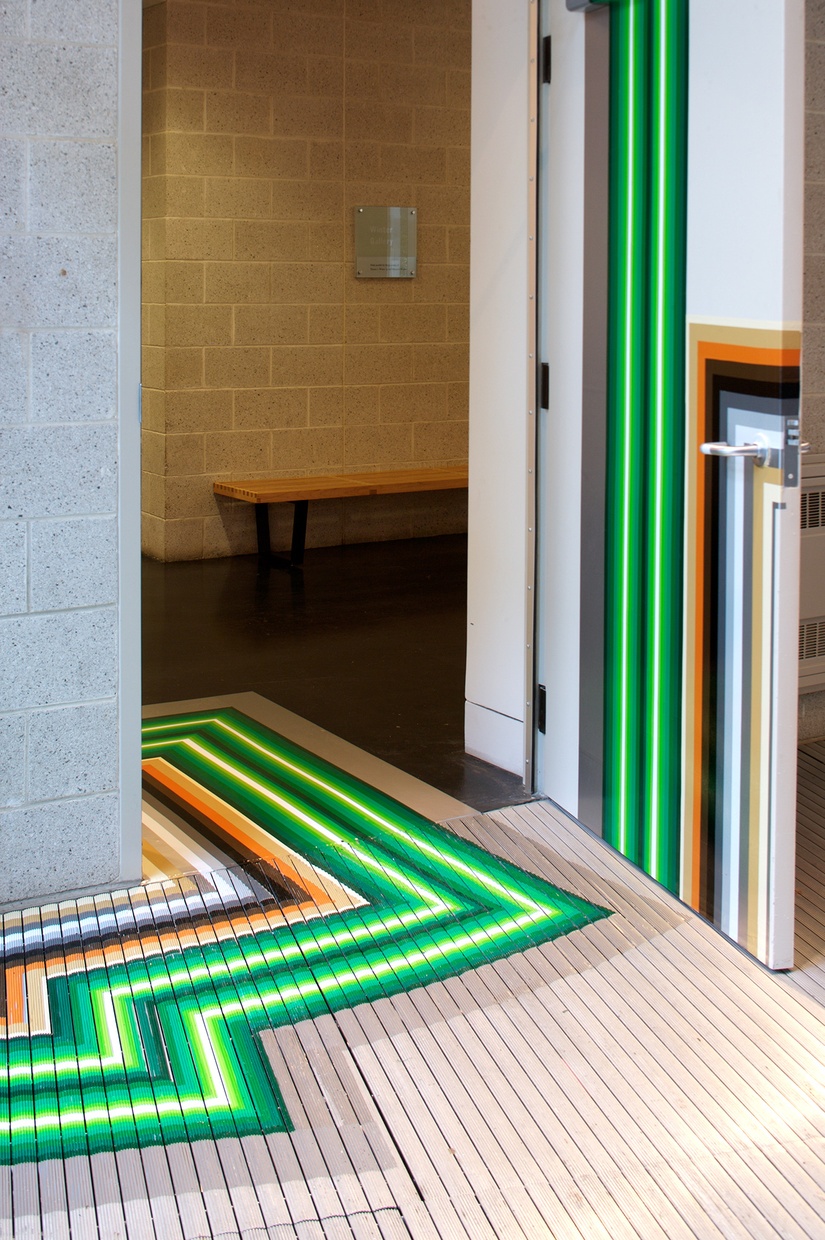 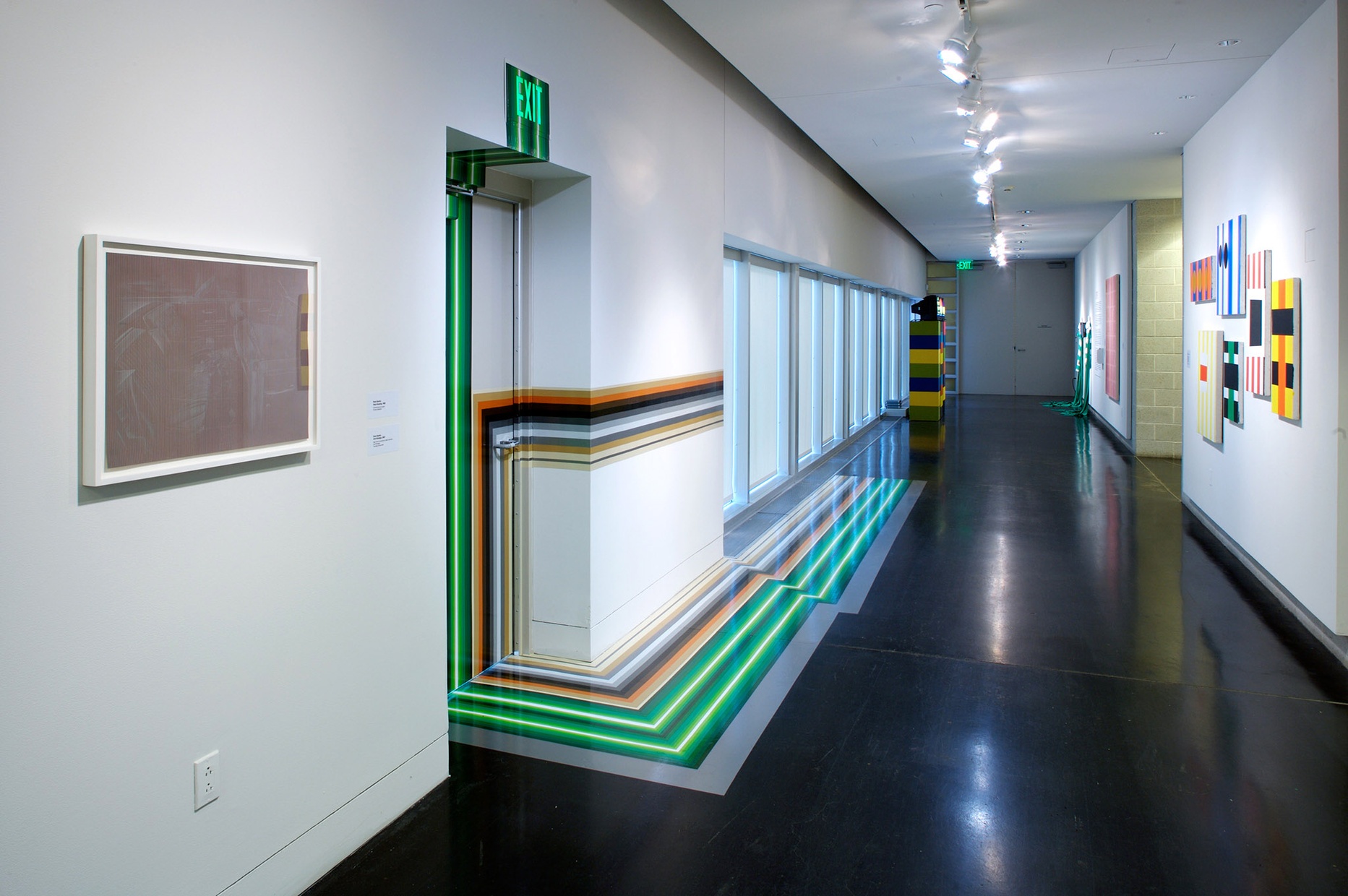 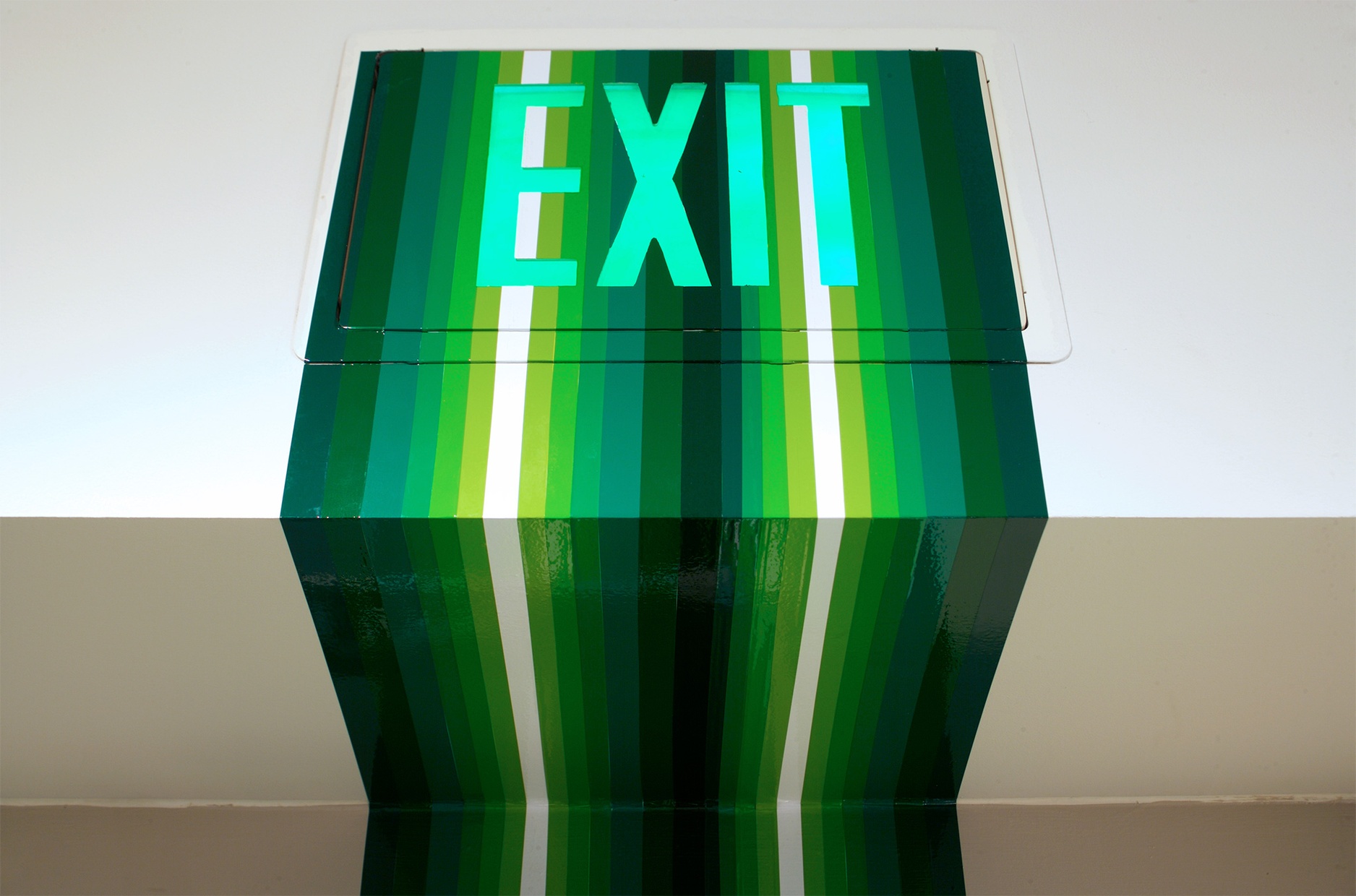 Bold yet shifty, stripes are a powerful pattern. Their marks are found everywhere— zipping through toothpaste and across running shoes, coating neckties, spinnakers, and zoot suits. Hovering somewhere between line and shape, stripes might signal a disturbance or coax order from disarray. They seem to move quickly but can command us to stop. They bring things into focus, making objects visible or prominent, but also camouflage what they cover, teasing the eye with their flickering forms.

Stripes have long been a marker of transgression; people who operate outside the norms of society, like prisoners, clowns, or even artists, are often dressed in stripes. At the same time, stripes represent authority: generals mark their power in bars on a sleeve, while a thin striped beam at a railroad crossing stands for the impenetrability of a locked gate. Stripes of all sorts, from street barriers to beach umbrellas, are part of this potent iconographic legacy. As a visual language, they conjure a multitude of contradictory meanings and emotions.

The striped works on view here are by a select group of contemporary artists investigating the tensions, both visual and psychological, that the pattern can provoke. Formal experiments play an important role in these works, as artists like David Diao and Mika Tajima use stripes to respond to the established hierarchies of modernism.

Other works approach stripes as a code waiting to be broken, like the bold bars of acidic colors that make three tall, totemic sculptures by Lorna Mills into mysterious beacons. Stripes become objects for Dave Eppley, whose vinyl tape installation plies the border between sculpture and painting as it ignores delineations between interior and exterior spaces. Fine red bars veil Harp Drawing, a colored-pencil drawing by René Santos that depicts the interior of the limousine in which John F. Kennedy was assassinated, while ruby-colored satin ribbons punctuate a painting by Tim Rollins and K.O.S. Inspired by Harriet Jacobs’s 1861 autobiography, Incidents in the Life of a Slave Girl, the bold red stripes alternately evoke prison bars, whipping welts, the crimson bars of the American flag, and Jacobs’s own memories of watching the “Johnkonnen”—male slaves who would dance in costumes embellished with strips of brightly colored cloth—which marked the only moments of joy in seven years of hiding from her master in a tiny attic space.

Stripes is organized by Ginny Kollak, curatorial assistant at the Tang Museum, with support from the Friends of the Tang.