In 1989 Joachim Schmid coined the motto “No new photographs until the old ones have been used up!” This exhibition marks the first retrospective of Schmid’s work, and indeed, in twenty-five years he has rarely shown images that he made himself. Instead, Schmid assembles related groups of found photos to reveal patterns of use and meaning that point to the social rituals, human desires, domestic events, and economic conditions that people employ photography to commemorate and display. He productively blurs the roles of artist, historian, critic, archeologist, and anthropologist to create a varied and moving exploration of everyday photography. As Spanish photographer and critic Joan Fontcuberta has written, Schmid’s work “has its origins in the idea that excess, waste and rubbish are paradigmatic effects of late capitalism. His projects espouse a kind of photographic ecology, but they are also concerned with the values of the creative experience itself: accumulation, chance, authorship, quality and originality.”

Joachim Schmid began his career in the early 1980s in West Berlin as a freelance critic and the publisher of Fotokritik, an iconoclastic and original journal of West German photography. Since 1987, he has focused on his own art. Living near one of the largest flea markets in Berlin, he had already amassed a rich, deep, and varied trove of family albums and snapshots, providing the raw material for many of the series included in this exhibition.

Commissioned archive projects in the 1990s provided him further opportunities to explore the photographic universe, and in recent years, he has explored the Internet as a source of photographic imagery and display.

Schmid seldom creates pieces from individual pictures. He uses the multi-panel photographic series to chart photography’s function as a broadly dispersed social and aesthetic practice running throughout the public and private spheres of modern life. Yet the fundamental richness of Schmid’s photographic raw material-along with the sardonic wit he often displays-derails any attempt to read his work as pure social science. His artistic preoccupations reveal a close observation of photographic history and a fascination with photographic images themselves in all their bizarre, touching, and conventionalized aspects.

Joachim Schmid Photoworks 1982 - 2007 is curated by John Weber, Dayton Director of the Tang. It is generously funded by a grant from the Andy Warhol Foundation for the Visual Arts, and by Friends of the Tang. The exhibition will tour subsequently to the Nederlands Fotomuseum of Rotterdam, the Netherlands, and the Bildmuseet of Umeå, Sweden. In conjunction with the exhibition, a major monograph on Schmid’s work will be published by the Tang, Photoworks of Brighton, and Steidl Press in spring 2007.

Joachim Schmid Photoworks 1982 - 2007 is curated by John Weber, Dayton Director of the Tang.

Joachim Schmid Photoworks 1982 - 2007 is curated by John Weber, Dayton Director of the Tang.
twtweet this
fbshare on facebook 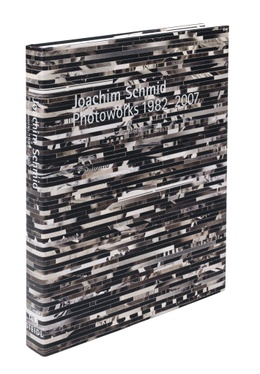