Njideka Akunyili Crosby’s large-scale paintings have garnered international attention for their investigations into the confluences, contact zones, and third spaces of culture in her work. The paintings represent a fusion of her Nigerian upbringing, her immigration to America, and her subsequent marriage to a white Texan. Her artwork also plays with and subverts preconceived notions of Western art history by including portraits of her African family, material references to her Igbo tribe’s customs, and images of Nigeria’s British colonial past. Her subject matter focuses on quotidian aspects of domestic life, taking place in conventional, albeit subtly Nigerian, interiors.

Njideka Akunyili Crosby: Predecessors unites for the first time many works from the artist’s Predecessors series. The series celebrates her family and Nigerian background through portraits of her late mother, an important political figure in Nigeria, her sister, and the artist herself, as well as re-imaginings of her grandmother’s kitchen table with all of its pots and pans alongside the traditional Nigerian assortment of “tea things” (the artist’s own phrase).

While distinctly personal, Akunyili Crosby’s themes are universal. For example, Mama, Mummy and Mamma (2014) features the tea things of her grandmother (Mama), as her sister sits at the table (Mamma), and a picture of her mother as a young girl hanging on the back wall (Mummy). Although specifics may elude an audience outside of the Akunyili family, the painting has an intrinsic accessibility, allowing the viewer to insert his or her own familial memories and emotions into the domestic scenes, and to consider the role that traditions play in everyday life.

Akunyili Crosby (b. 1983, Enugu, Nigeria) moved to the United States in 1999, and is a graduate of Swarthmore College, with degrees in biology and studio art, and an MFA in painting from Yale University School of Art. Her work has been exhibited in solo museum exhibitions at the Hammer Museum and Art + Practice, both in Los Angeles, and the Norton Museum of Art, West Palm Beach, Florida, and has been featured at San Francisco Museum of Modern Art, and the Whitney Museum. Her work is in the collections of museums around the world. Awards include the Pollock-Krasner Foundation Inc. Grant; the Joyce Alexander Wein Artist Prize, Studio Museum in Harlem; The James Dicke Contemporary Artist Prize Smithsonian Museum; and the Carol Schlosberg Memorial Prize for Excellence in Painting, Yale University.

Opener 30: Njideka Akunyili Crosby — Predecessors is organized by Tang Teaching Museum Dayton Director Ian Berry and Contemporary Arts Center Curator Steven Matijcio, in collaboration with the artist. The exhibition will be on view at the Contemporary Arts Center in Cincinnati, Ohio, from July 14 to October 1, 2017, and the Frances Young Tang Teaching Museum and Art Gallery at Skidmore College from October 14 to December 31, 2017. The Opener Series is supported by New York State Council on the Arts, Overbrook Foundation, Beverly Beatson Grossman ‘58, and Friends of the Tang. 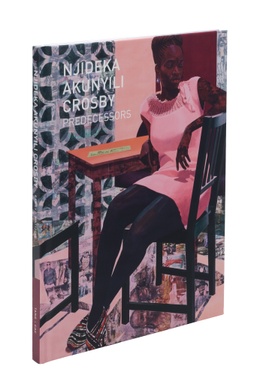