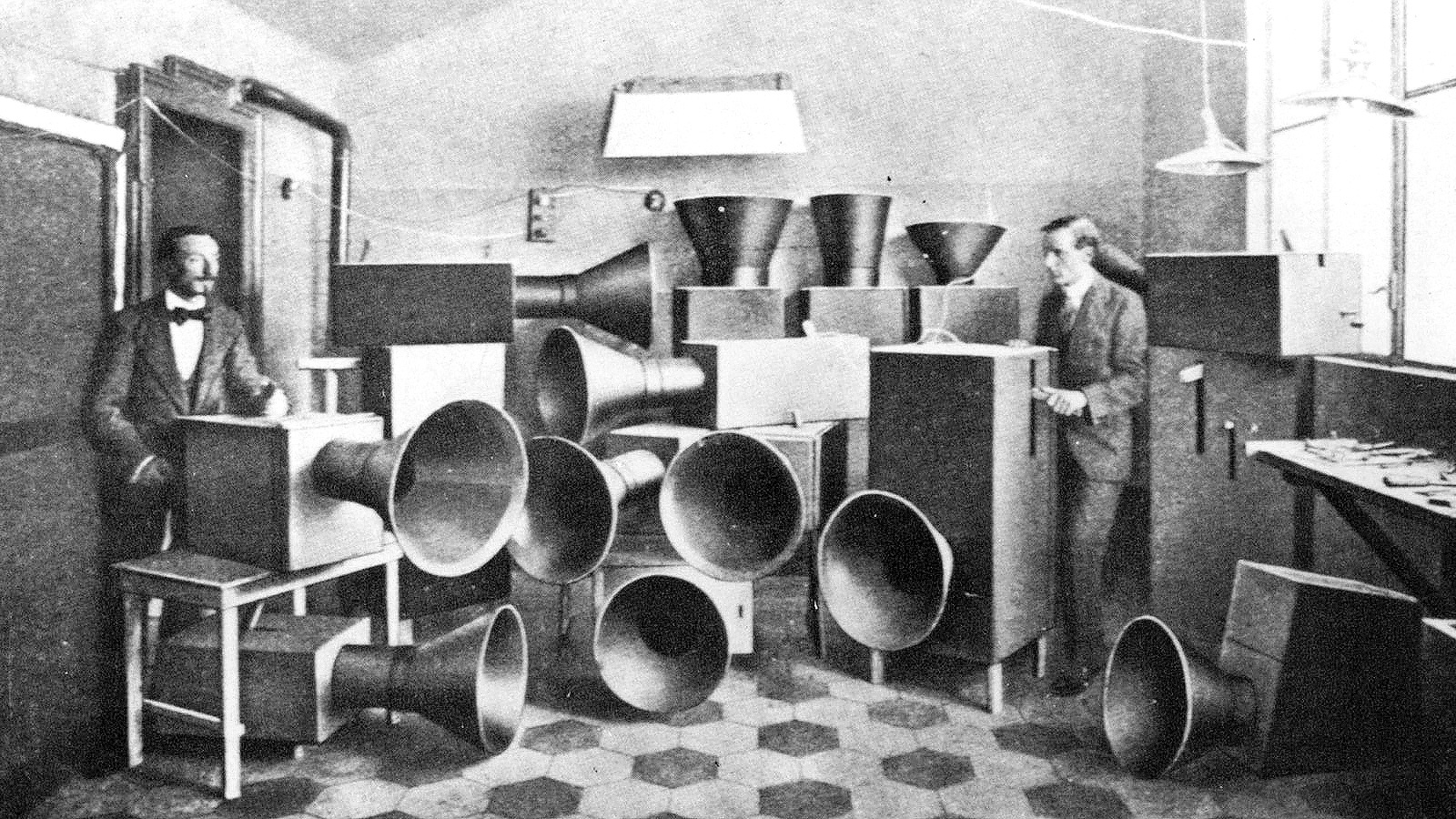 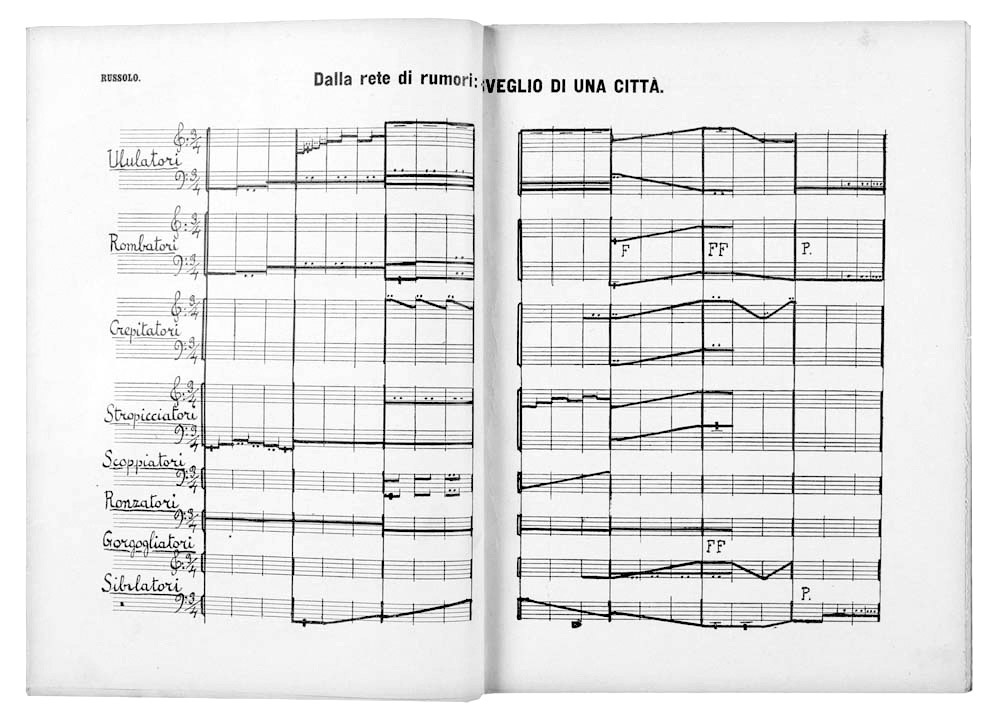 Elevator Music 25 celebrates the one hundredth anniversary of the groundbreaking contributions to experimental music of Italian composer and painter Luigi Russolo (1883–1947): his 1913 Futurist manifesto L'arte dei rumori (The Art of Noise) and his invention immediately afterward of a new type of instrument he termed intonarumori (noise instruments). In The Art of Noise, Russolo called for a new musical reality that introduced everyday noises of the modern world—natural and mechanical—into musical composition. He designed and built a series of noise-generating instruments, assembling them into an orchestra and composing music for them.   The exhibition brings together a selection of recordings featuring Russolo’s intonarumori, including recordings of individual intonarumori, as well as original scores composed strictly for intonarumori and for intonarumori together with classical symphony orchestras.

Russolo was one of the key figures of the twentieth-century Italian art movement Futurism. Founded in 1909 by writer and theorist Filippo Tomasso Marinetti (1876–1944), Futurism rejected tradition and the past, aiming to revolutionize art and culture by embracing the new technology of urban industrialized life. Begun as a literary movement with the publication of Marinetti’s iconoclastic text Manifeste de fondation du Futurisme (Manifesto of the Founding of Futurism), Futurism soon expanded to encompass painting, sculpture, music, theater, design, performance, poetry, fashion, film, architecture, and more.

Professionally trained in music at a young age and self-trained in painting, Russolo began his career as a painter and continued to alternate between music and painting throughout his life. In 1913 he penned a letter to his friend, the Futurist composer Francesco Balilla Pratella (1880-1955) that he published as The Art of Noise.

In keeping with Futurism’s direct response to and embrace of urban, industrial life, The Art of Noise heralds a new conceptualization of music that would embrace the sounds of the modern world. For Russolo, the limited timbres of a traditional orchestra and the customary chromatic scale were no longer relevant or exciting to the modern ear, which had become attuned to a whole new sonic palette. The Art of Noise describes six new families of noises:

After writing The Art of Noise, Russolo devoted the next twenty years to inventing, performing, and composing for his musical instruments. Together with the painter Ugo Piatti he created twenty-seven intonarumori, aiming not simply to replicate modern noises but “to score and regulate harmonically and rhythmically these most varied noises.” Russolo first presented them in concert in 1913 in Modena, Italy, and went on to stage numerous performances, many in collaboration with other Futurists artists including his brother, Antonio Russolo, Pratella, Franco Casavola, and Fortunato Depero. It is believed that all of Russolo’s instruments were destroyed in World War II; his writings and a small selection of recordings remain.

Rachel Seligman
Curator
i
Pattern by Madeleine Welsch ’17
Inspired by the exhibition Someday is Now: The Art of Corita Kent
The Tang Pattern Project celebrates the Museum’s 20th anniversary. Organized by Head of Design Jean Tschanz-Egger, past and current Tang Design Interns created patterns inspired by the Museum’s exhibition and event history.
See all patterns