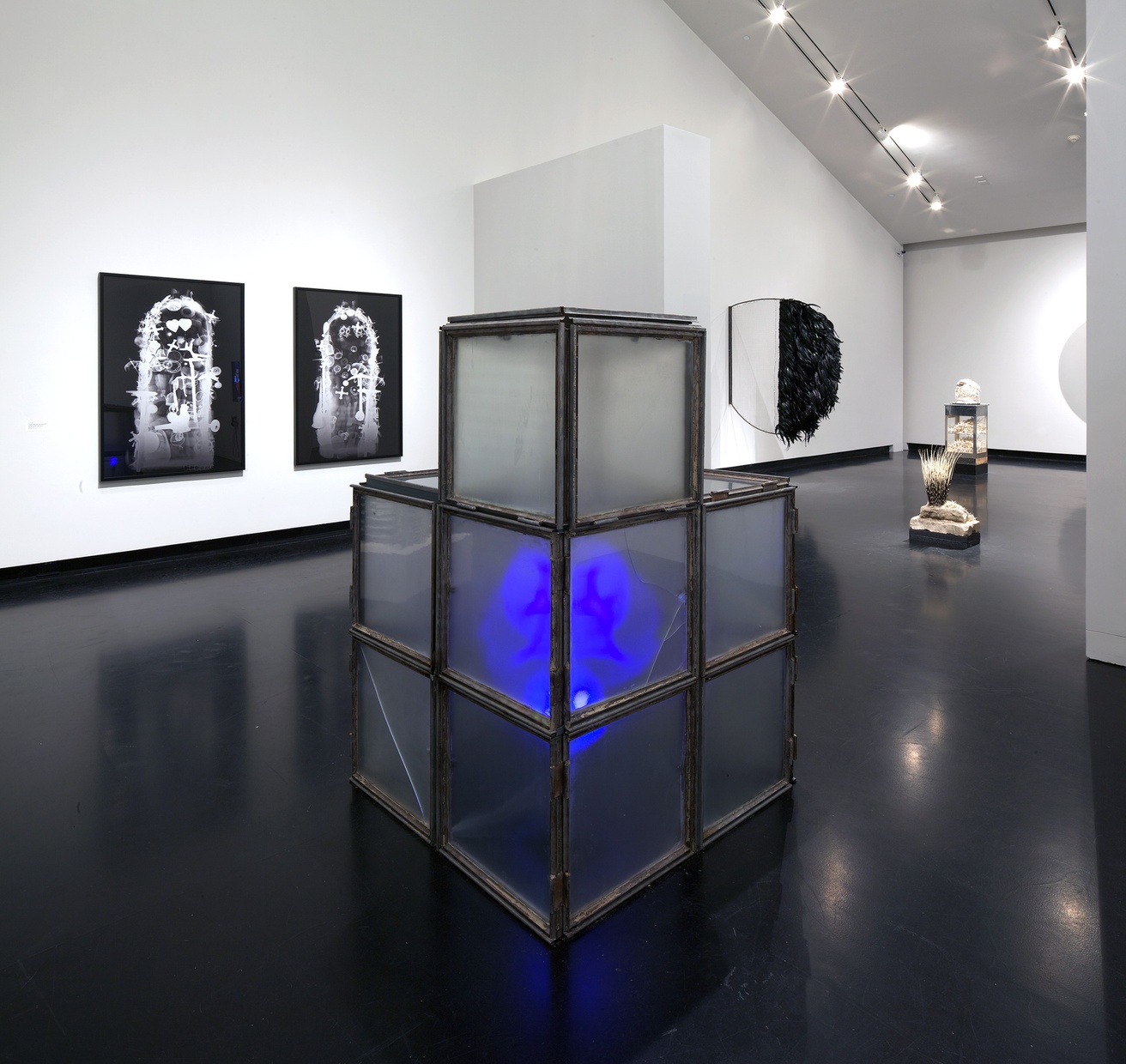 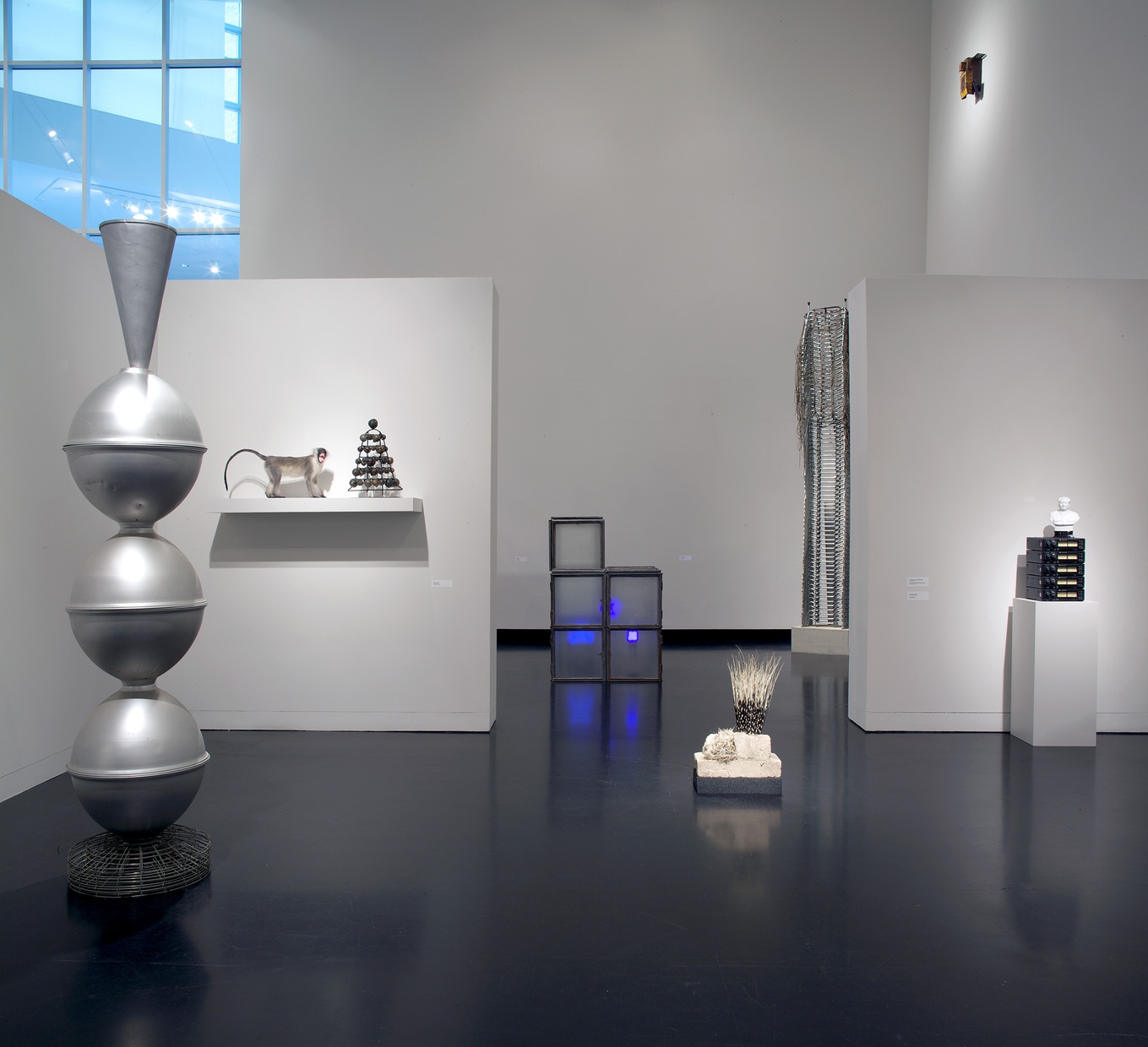 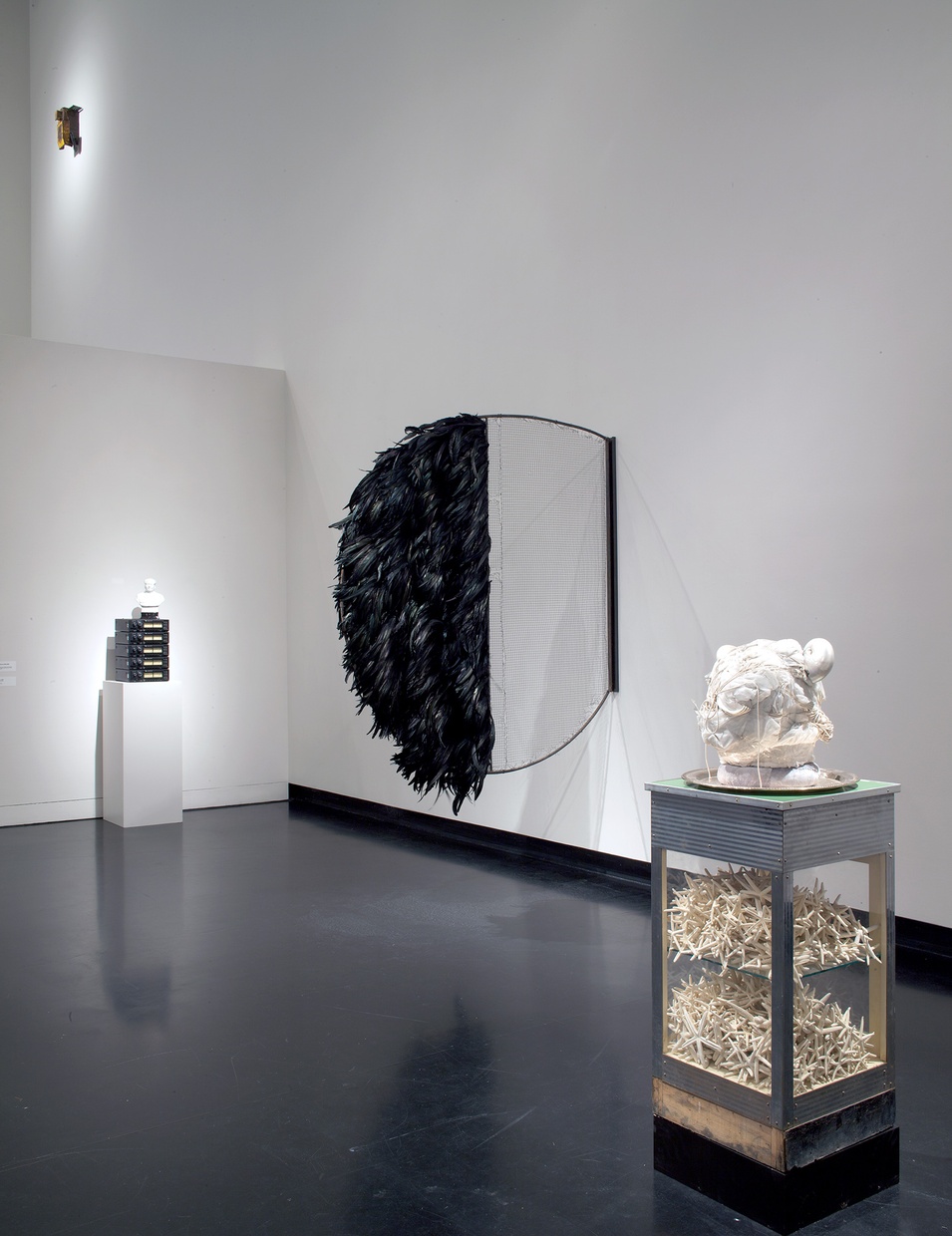 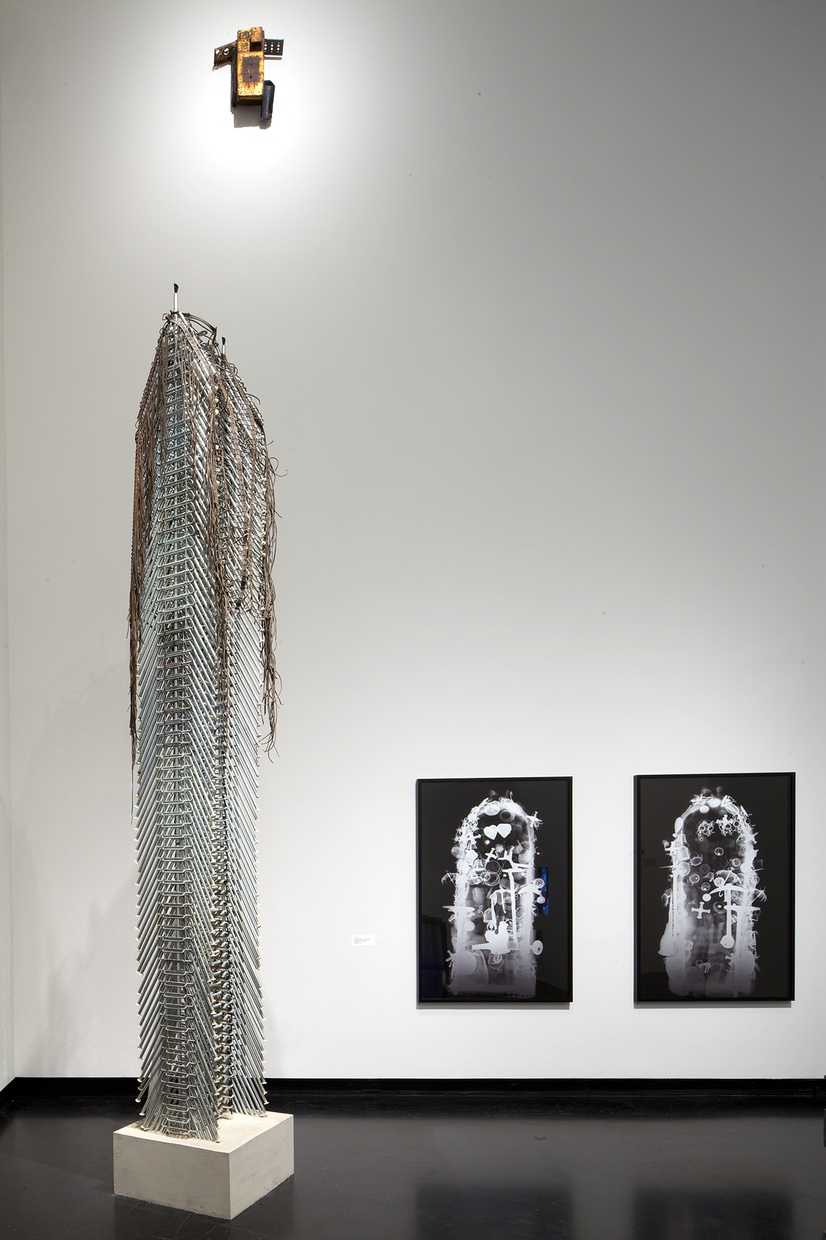 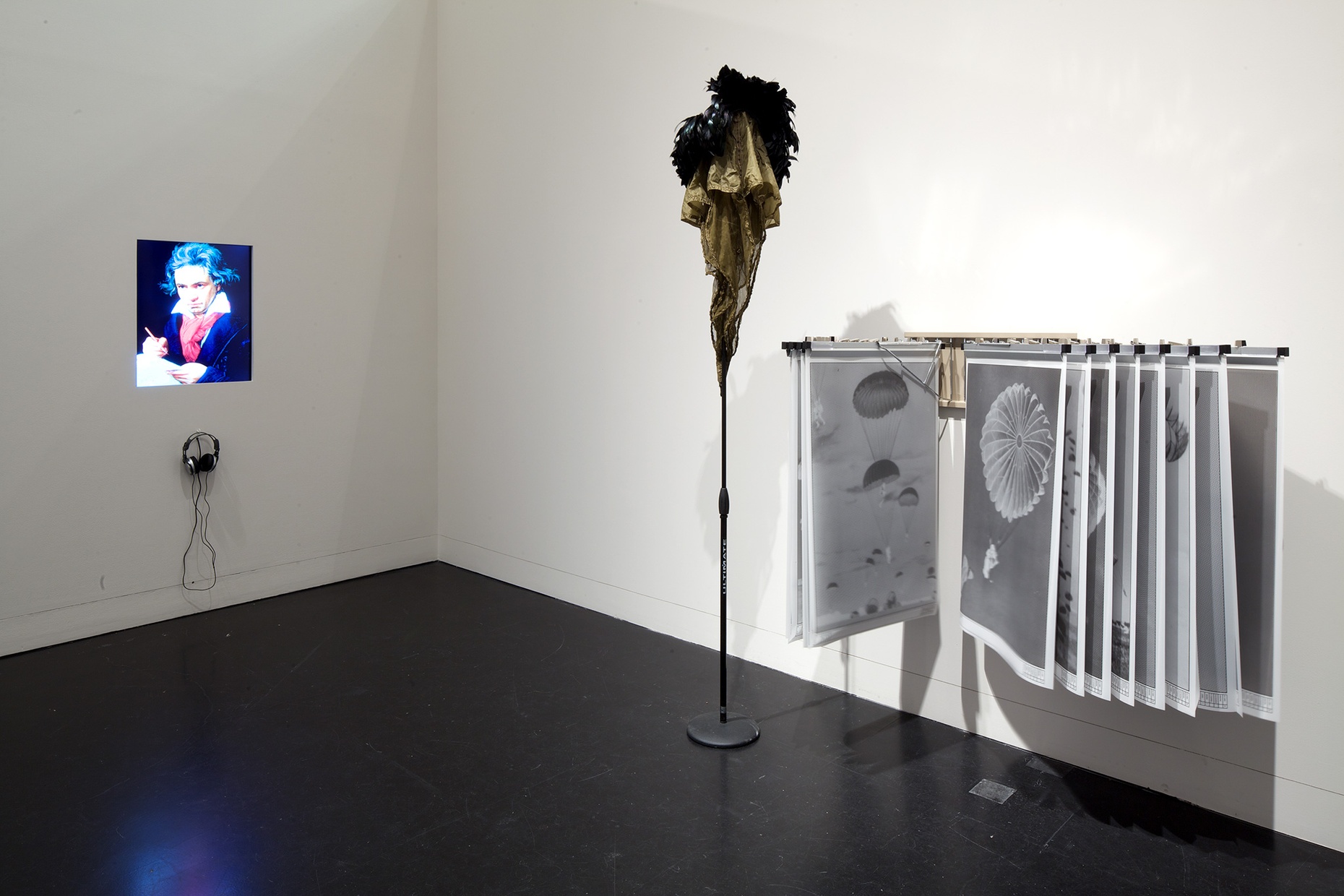 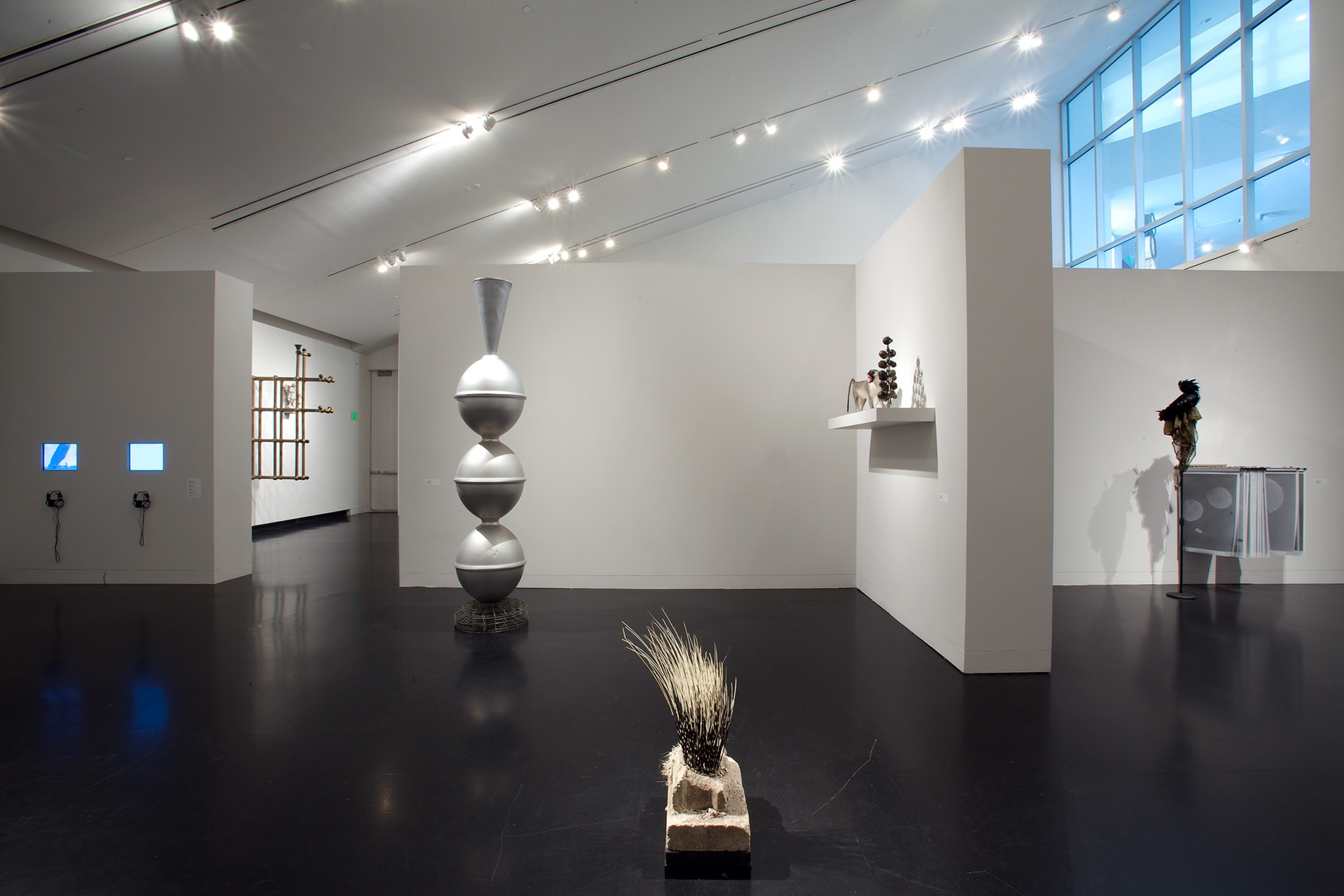 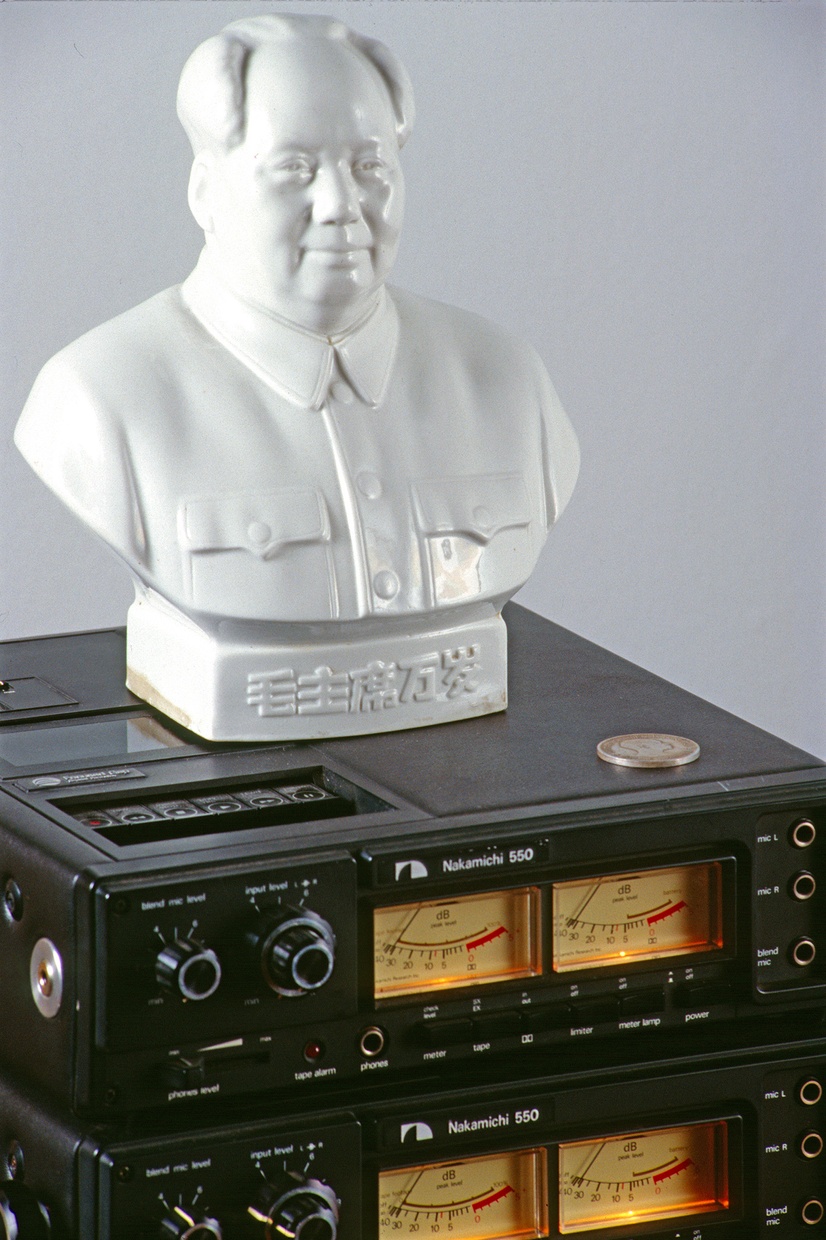 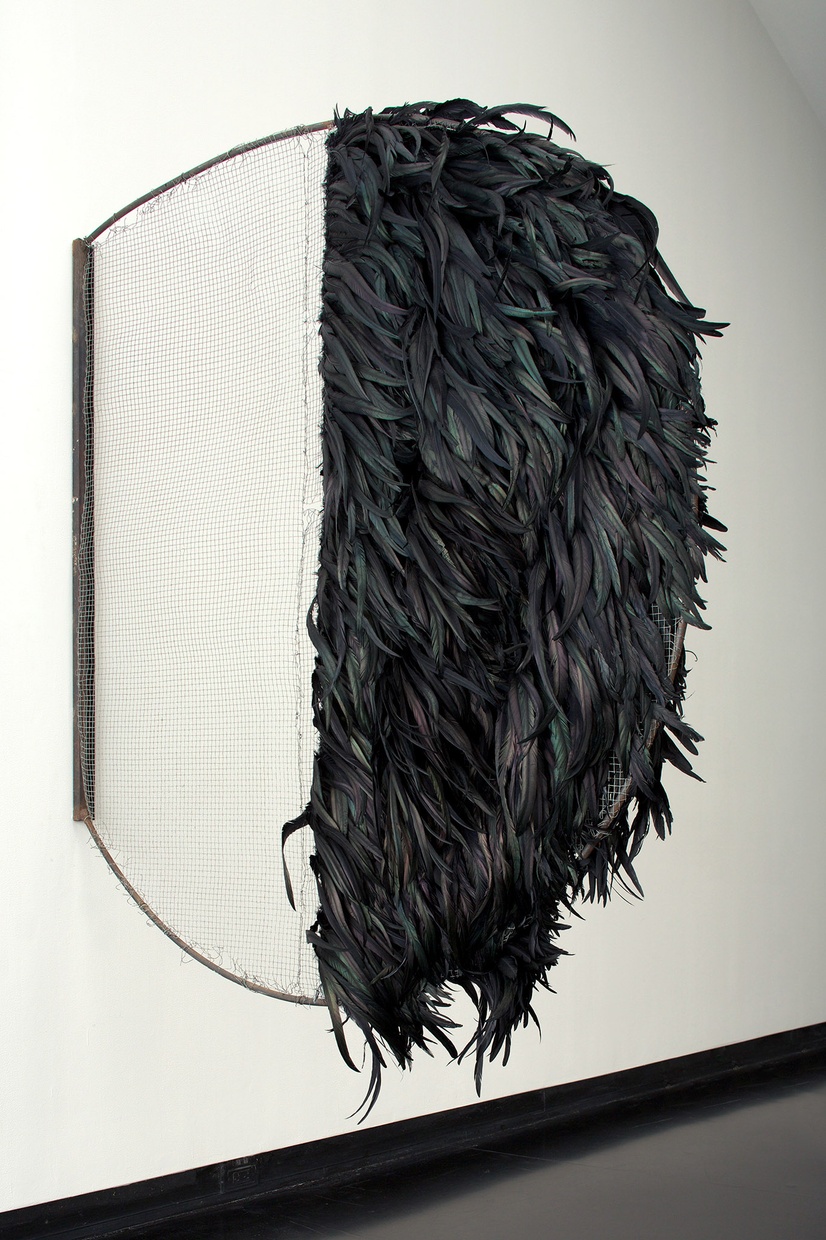 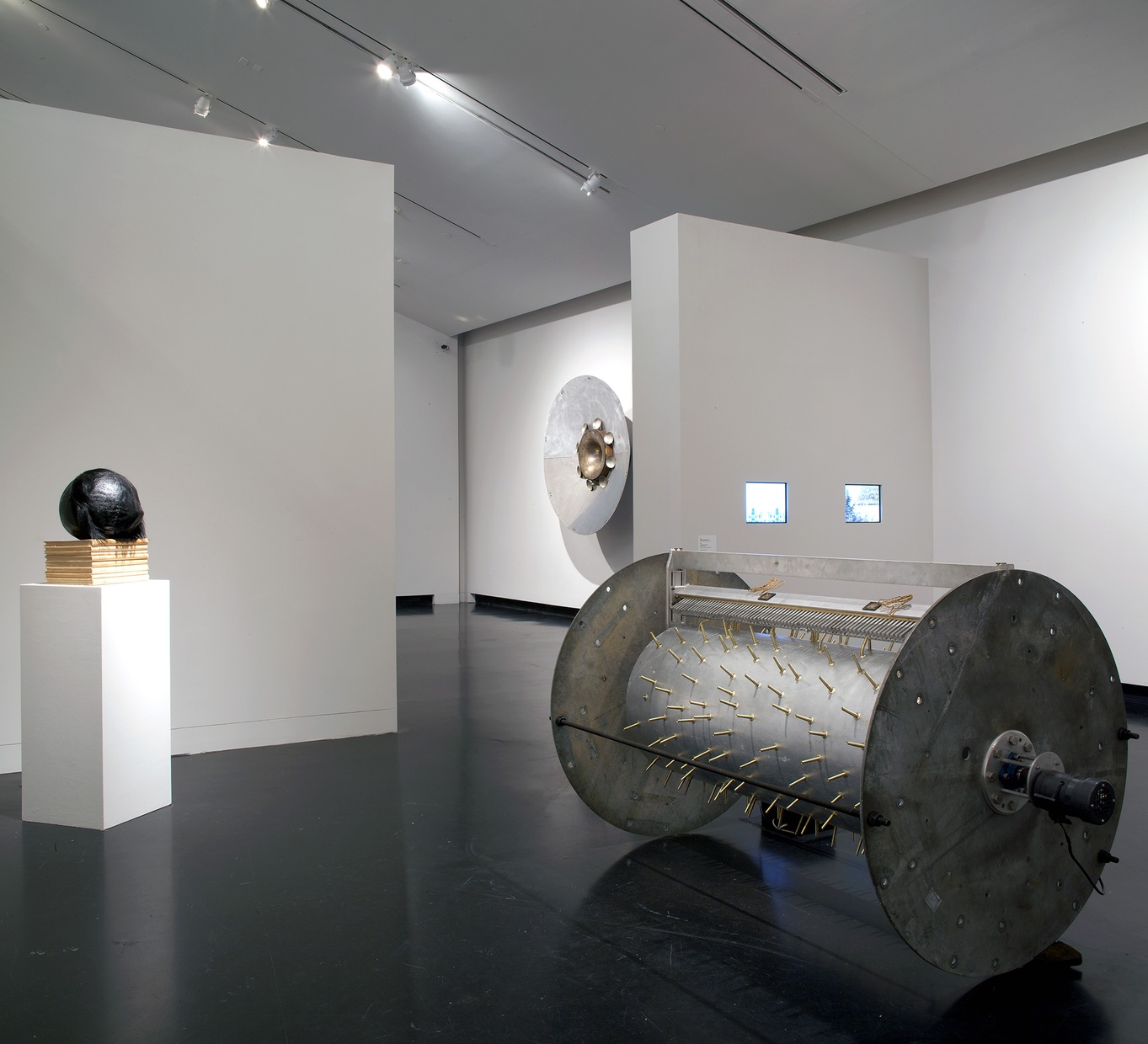 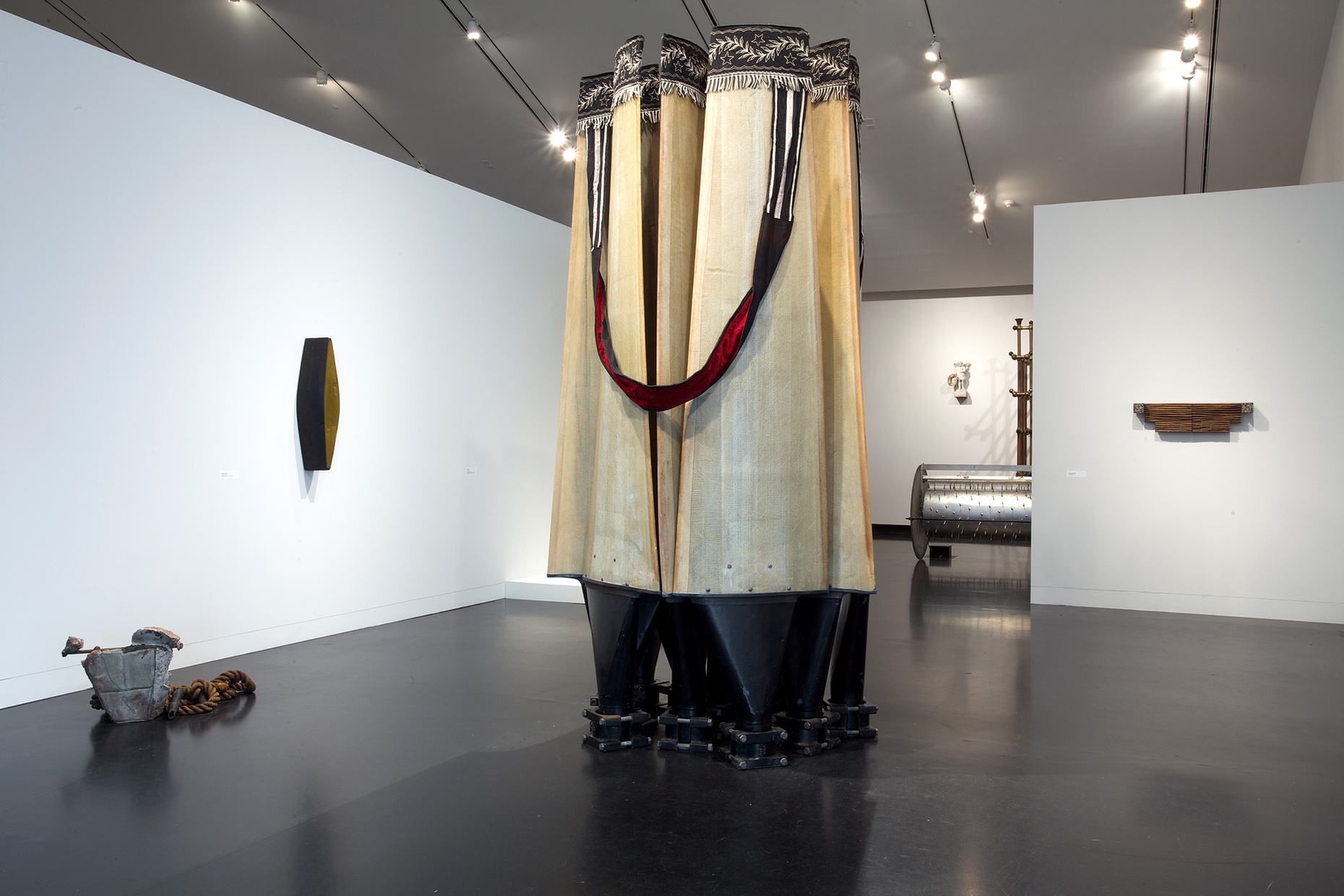 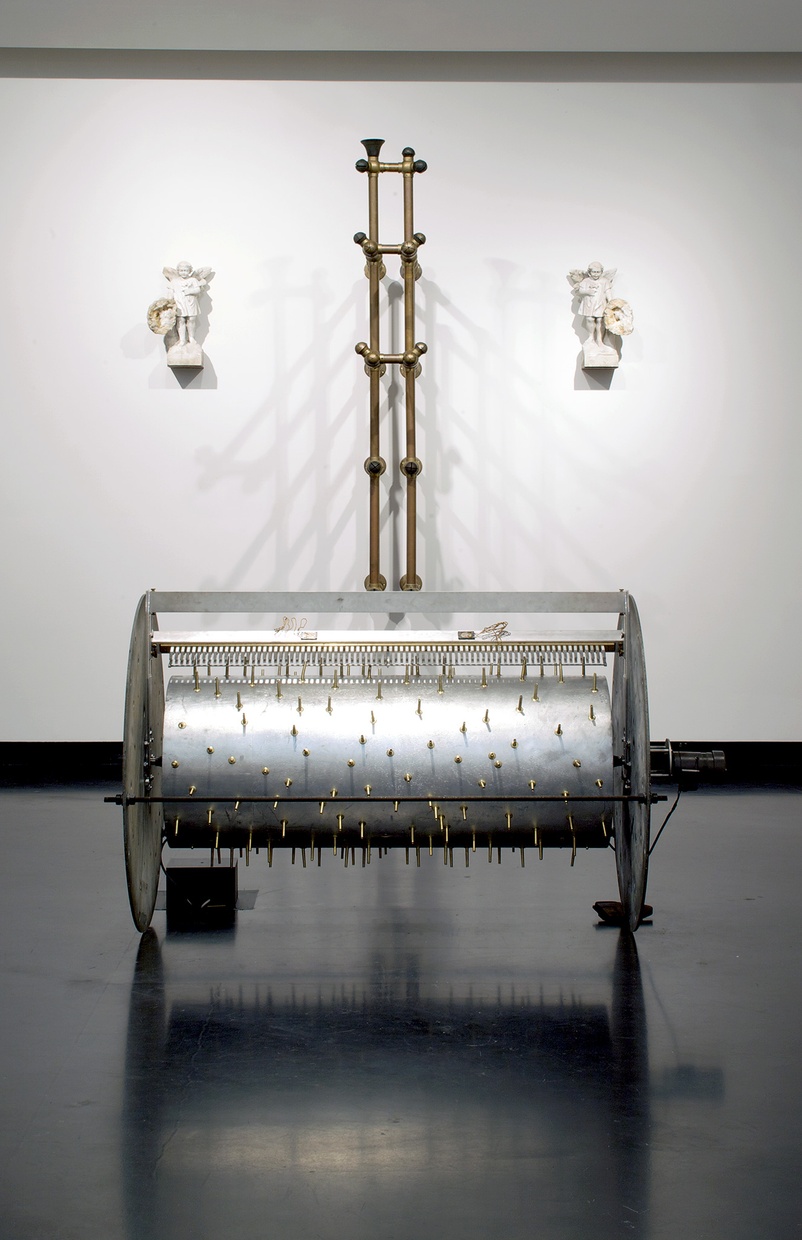 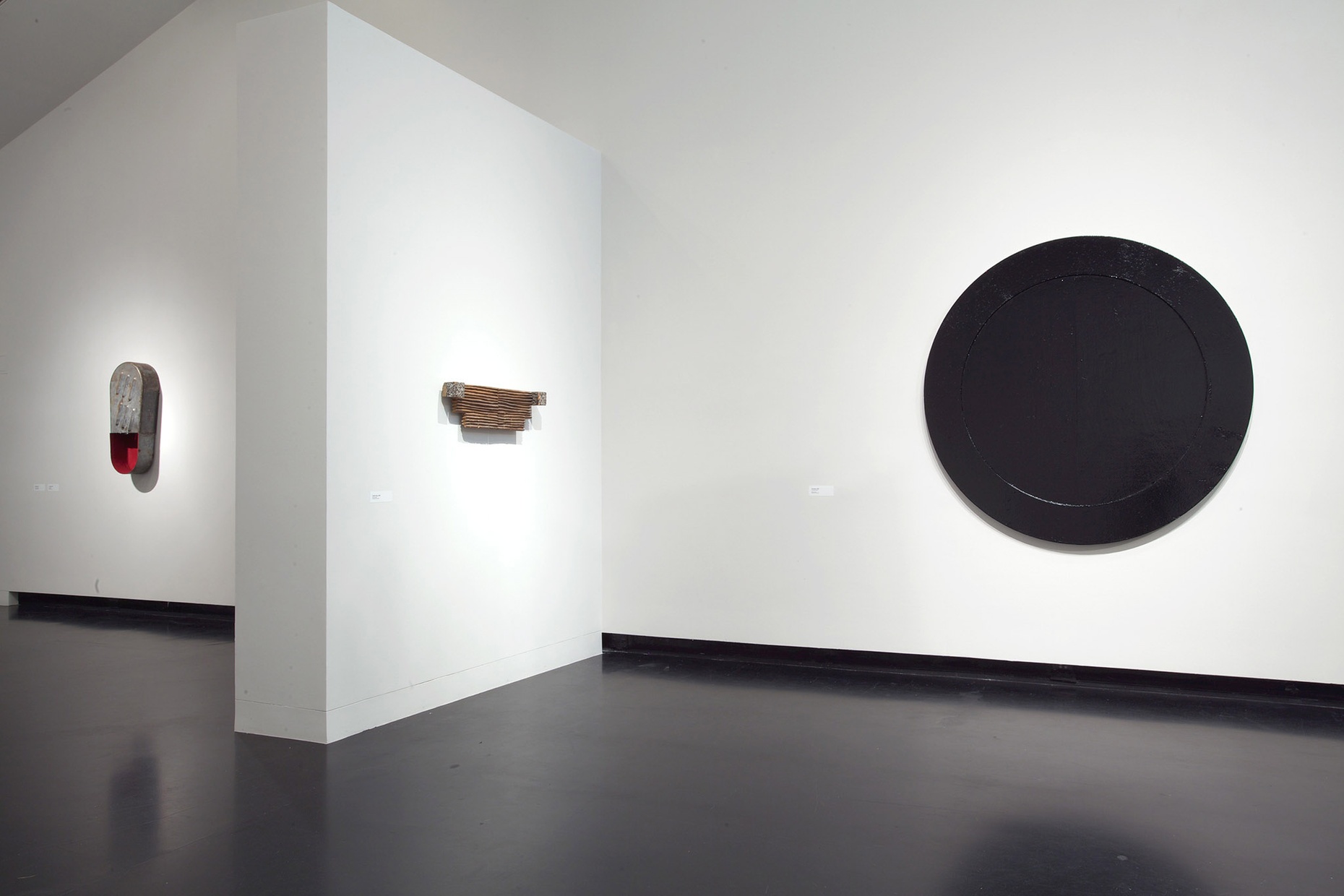 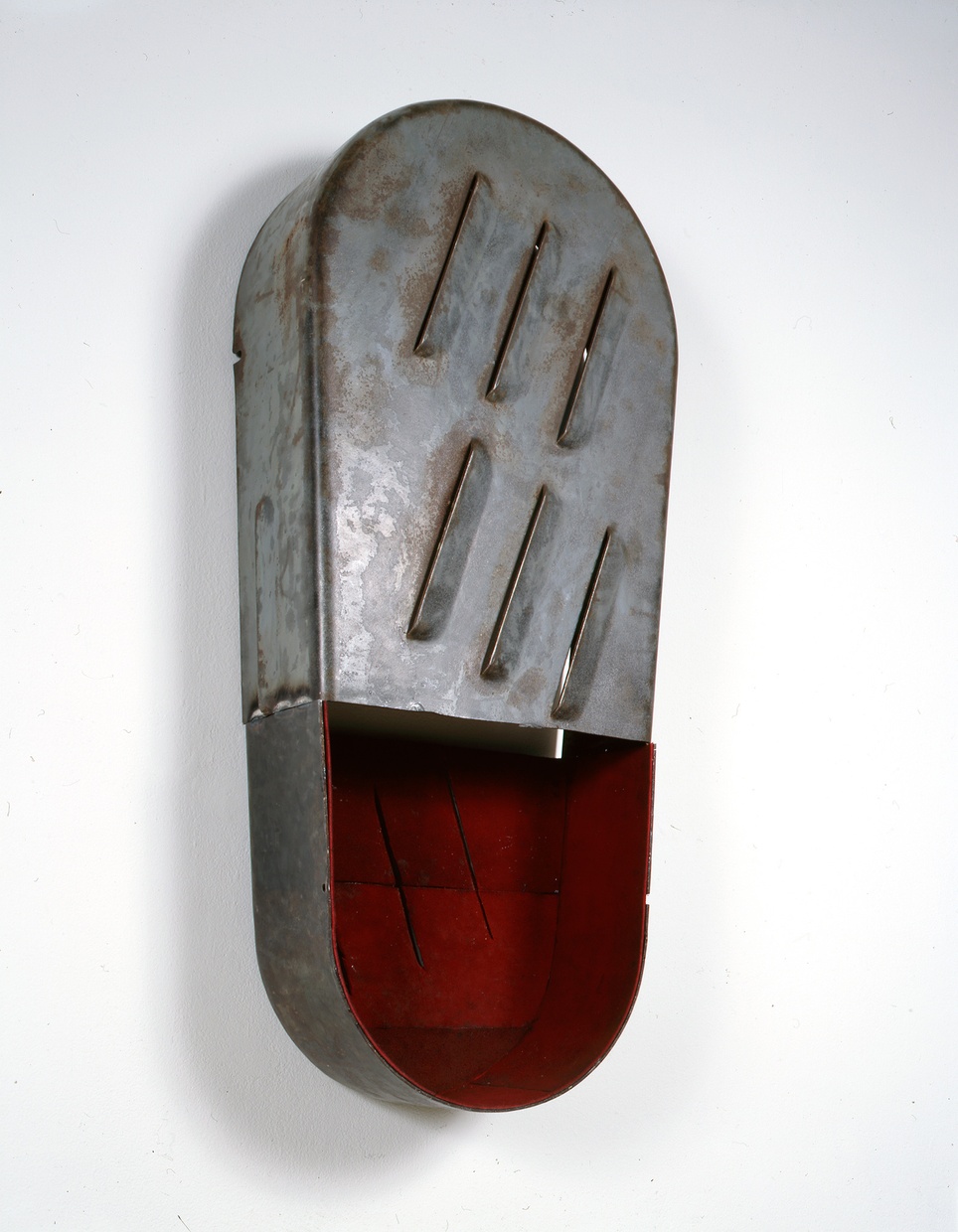 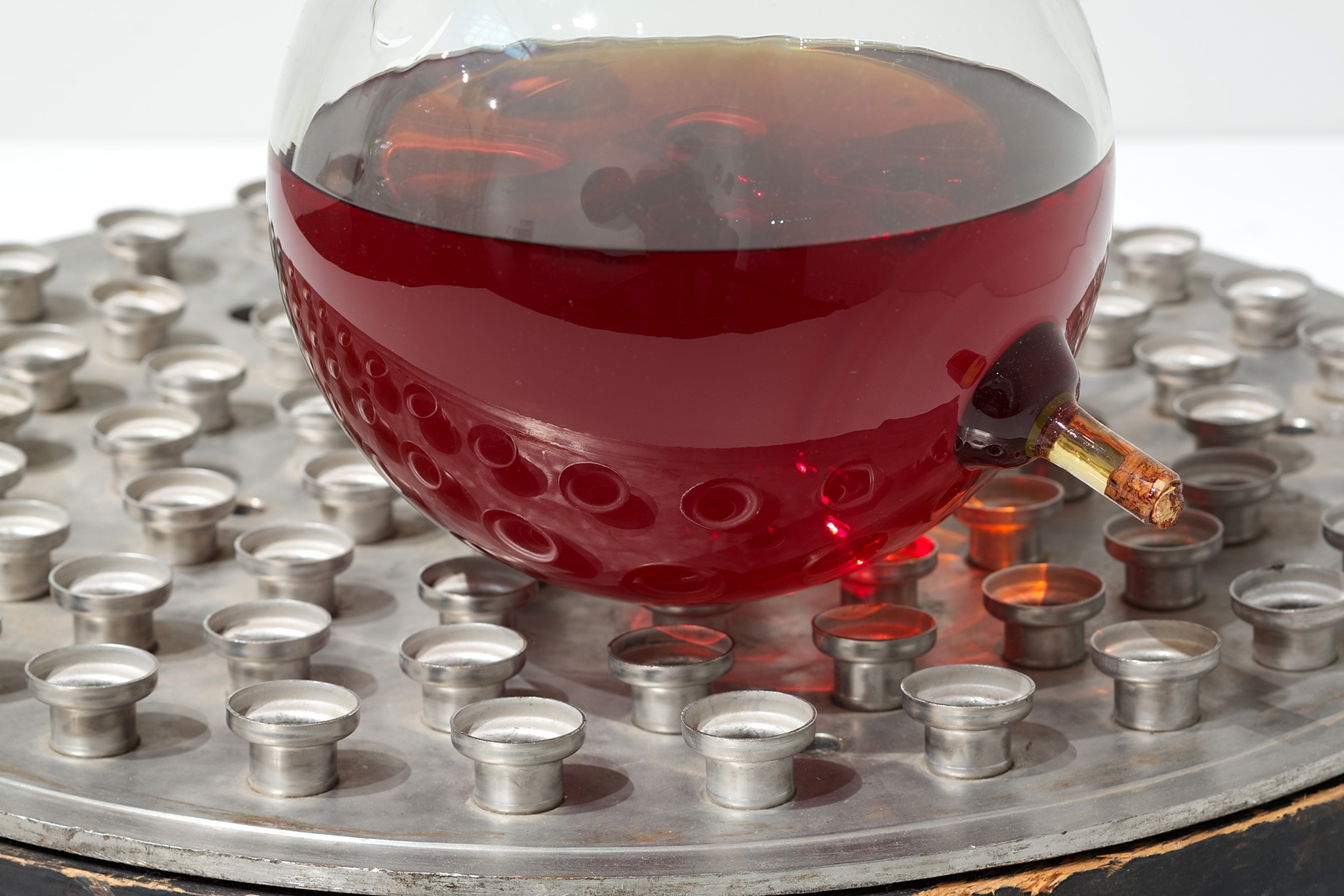 Recital comprises a selection of work spanning the last three decades by artist/musician Terry Adkins. Born in 1953 in Washington, DC, Adkins grew up deeply invested in visual art, music, and language. His approach to art making is similar to that of a composer, and the exhibition is conceived as a theatrical score that punctuates and demarcates space, creating interplay among pieces in different media and from diverse bodies of work. Together they act as facets of a crystalline whole, reflecting and illuminating each other in ways that amplify their intensity.

The works of art in Recital pay homage to the legacies of a number of immortal and enigmatic figures such as Bessie Smith, W. E. B. Du Bois, John Brown, Matthew Henson and John Coltrane, among others. Adkins’ creative research not only intends to resuscitate his chosen subjects from historical erasure, but also to shed light on willfully neglected or lesser-known aspects of their biographies, such as Jimi Hendrix’s military training as a paratrooper in the 101st Airborne, or the question of Beethoven’s Moorish ancestry. In his sculpture, photography, and video, Adkins transforms and re-purposes a range of found materials, archival imagery, and reclaimed actions in a process that he calls potential disclosure. The artist aims to reveal the dormant life in inanimate objects, historical facts, and figures of thought, with the ultimate goal of rendering the material immaterial.

For Adkins, these “recitals” provide an ideal platform for recovering and reenacting the dynamic tenor of the subjects concerned.

As part of the Summer Studio Art Program’s Art-a-Rama Week, Terry Adkins will give a Visiting Artist Lecture at Filene Recital Hall on July 12, 2012. There will be a Reception at 6 pm and an Illustrated Lecture at 7 pm. This is a Skidmore Summer Art Programs event, sponsored by the Dean of Special Programs.

Recital is organized by the Tang’s Susan Rabinowitz Malloy ’45 Curator Ian Berry, in collaboration with the artist. It will be accompanied by a career-spanning monograph with several newly commissioned essays by Okwui Enwezor, Cheryl Finley, Charles Gaines, George Lewis, and Bennett Simpson. The exhibition travels to the Mary and Leigh Block Museum of Art at Northwestern University, Evanston, Illinois from January 1 through March 24, 2013.

Recital is organized by the Tang’s Susan Rabinowitz Malloy ’45 Curator Ian Berry, in collaboration with the artist, Terry Adkins.
twtweet this
fbshare on facebook 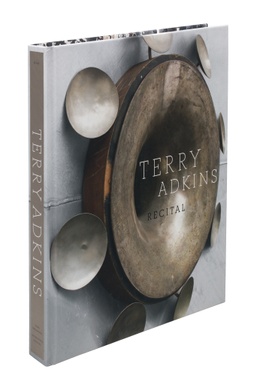