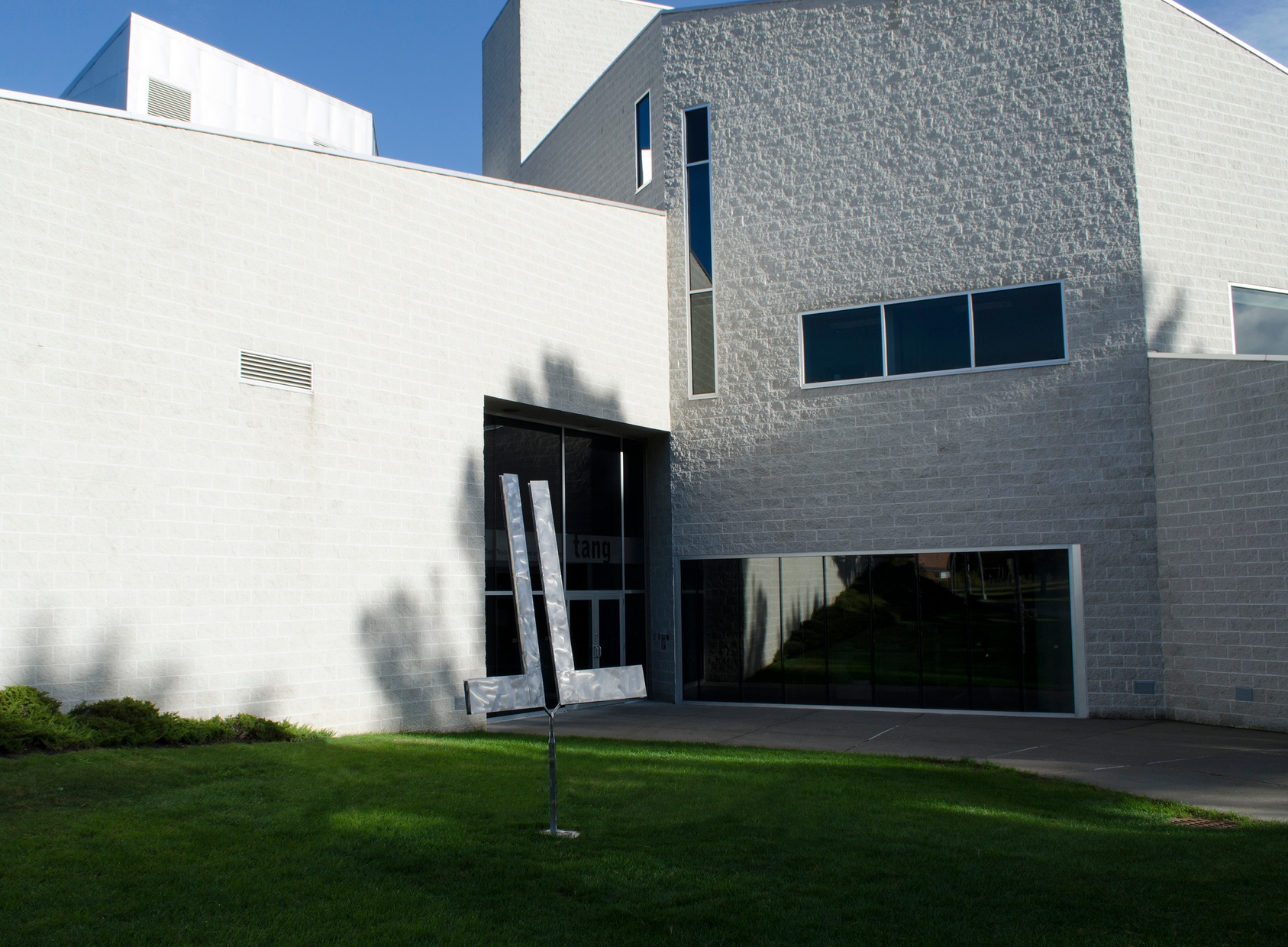 SARATOGA SPRINGS, NY (October 11, 2016) — The Frances Young Tang Teaching Museum and Art Gallery at Skidmore College invites members of the media to the dedication ceremony of a George Rickey sculpture on the grounds of the museum at 11:30 a.m. Saturday, October 15. News photography and video are encouraged.

Susan Malloy, an artist and philanthropist, was an early supporter of the Tang with a 1995 gift that helped launch the museum project. The museum opened in 2000, and a wing of the museum is named in her honor. In 2005, Malloy donated another gift to endow the curator position.

Her generosity also included funding the Malloy Visiting Artist Series, which has brought top contemporary artists to the Skidmore College campus each year since 1991. She also worked in 1969 with Anne Palamountain, Skidmore’s “First Lady” at the time, to create the Skidmore Arts Committee with a mission to collect art for the College’s permanent collection and to find space for storage and exhibition.

As an artist, Malloy drew inspiration from the natural world, distilling forests, seascapes, and skies into fundamental shapes and patterns. Her work was included in the Tang Teaching Museum’s first alumni invitational exhibition in 2004.

George Rickey (1907-2002) was an American artist whose kinetic sculptures earned him international acclaim. His work is in the collections of museums across the U.S. and the world. His Two Lines Oblique, perhaps his most prominent work in the Capital Region, was installed at the Empire State Plaza in Albany in 1971. A longtime resident of the Capital Region, Rickey lived in East Chatham from 1960 until his death, and he taught at Rensselaer Polytechnic Institute for six years, retiring in 1966.

His Double L Excentric Gyratory VII, 1994, features two “Ls” that move in response to the natural world. A gentle breeze may elicit a lazy rotation, while a stronger wind can make the “Ls” spin and twirl. You can see a glimpse of the sculpture’s movement in a short video about its installation on the Tang Teaching Museum’s YouTube Channel.

About the Tang Teaching Museum

The Tang Teaching Museum is a pioneer of interdisciplinary exploration and learning. A cultural anchor of New York’s Capital Region, the institution’s approach has become a model for university art museums across the country—with exhibition programs and series that bring together the visual and performing arts with fields of study as disparate as history, astronomy, and physics. The Tang has one of the most rigorous faculty-engagement initiatives in the nation, the Mellon Seminar, and robust publication and touring exhibition initiatives that extend the institution’s reach far beyond its walls. The Tang Teaching Museum’s building, designed by architect Antoine Predock, serves as a visual metaphor for the convergence of ideas and exchange the institution catalyzes. Admission to the museum is free (donation suggested). Hours are Tuesday through Sunday, noon to 5 p.m., with extended hours until 9 p.m. on Thursdays. http://tang.skidmore.edu.